The dogs of Beijing

China
September 28, 2020
What started as a silly game among exchange students revealed a political and social issue in the city of Beijing. Since 2003 “dangerous” dog breeds and those reaching a height of more than 35 centimeters are banned from the capital’s inner districts. Interestingly, it took the city’s authorities 10 years until the law was strictly enforced. Since then regulations got more stringent. The article sums up the events and aims to incorporate the issue into the broader historical background of dog keeping in China. 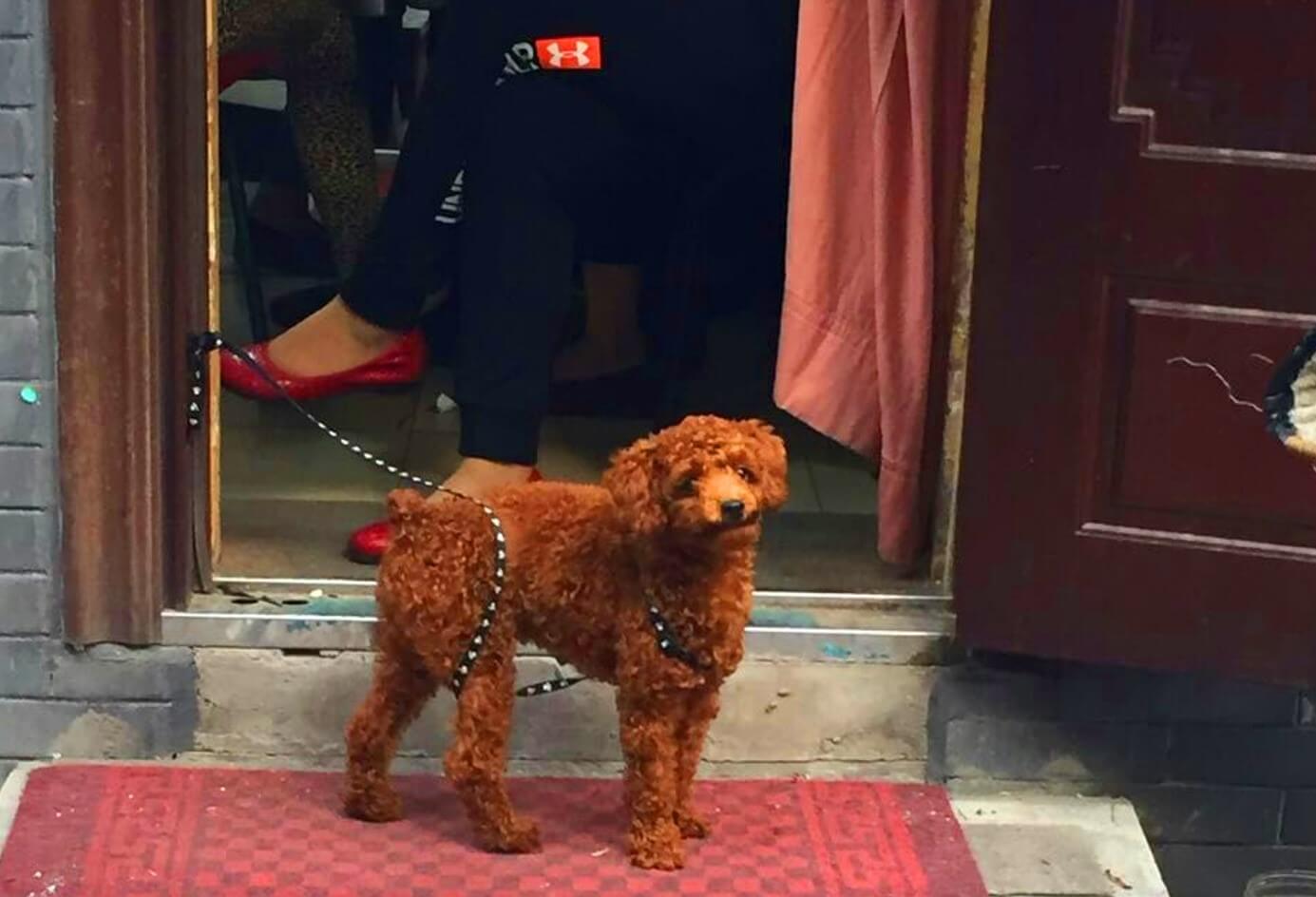 Source: The authors, 2017.
While walking the streets of Beijing in the years 2016/17 we noticed one thing: there was a very high number of small dogs with curly hair. A lack of expertise on dog breeds brought us to the conclusion that Beijing’s citizens have a thing for poodles in all shapes and colours. We made a game out of it: whenever someone came across a little dog with curly hair, the person who was the first to shout out “Poodle” earned a poodle point. The first one to collect 100 poodle points happily received a little blue poodle statue.

However, back in Europe, we started a little research project on the topic – Why were there so many poodles in Beijing? The social and political aspects of something that started as a game among friends will be summed up in this article.

Why are small dogs so popular in Beijing?

In September 2003 the authorities introduced a vaguely defined prohibition of dangerous dogs within the eight inner districts of the city of Beijing. The law issued by the municipal bureau for agriculture and commerce was further specified about a month later. It included a list of dog breeds classified as dangerous and the addition that reached above the height of 35 centimetres were forbidden in the city centre.

However, for the following decades, owners of large dogs could still walk their animals in the inner districts without much fear of prosecution. The issue popped up again in 2013 when the authorities suddenly started to very rigorously implement the law after a decade of lax enforcement. The international press picked up the topic as animals were confiscated and their owners had to pay fees up to 800 US$. It is unclear what happens to the confiscated dogs. According to the New York Times animal rights activists fear the animals might end up at the dog-meat market.

Furthermore, all dogs must be registered at the address of their owner and the registration must be renewed annually. The one-dog policy allows a maximum of one dog per household within the fifth ring road. In addition to the above mentioned dangerous dog breeds and those taller than 35 centimeters, the police take away unregistered dogs. An annual rabies vaccination is mandatory in order to get an extension of the license. More recently, the activity of walking dogs was added to the list of uncivilised behaviours in Beijing’s public parks, and dog owners are no longer allowed to take their puppies to parks, sights and shopping malls. 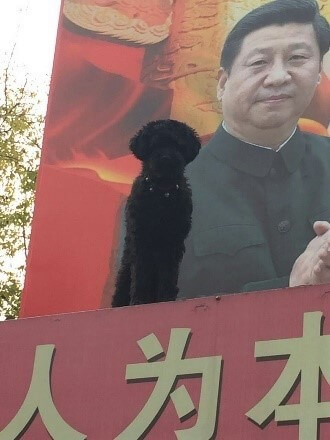 A small dog in front of a Chinese Communist Party poster in Weigongcun, Beijing.
Source: The authors, 2017.
Beijing is not the only Chinese city restricting dog ownership. Shanghai, for instance, introduced a one-dog policy in 2011 allowing only one dog per household. The city does not restrict the size of the dogs unlike the cities of Wuhan and Hangzhou who banned medium- and large-dog breeds from their inner- city districts. Authorities justified the regulations on the height of dogs with the explanation that large dogs are dangerous and noisy. Criticism comes from animal rights advocacy groups who underline that there is no proof of a connection between the size of a dog and its level of aggression. Further criticism goes to the often brutal ways of prosecution. A video in which a dog is confiscated by the police while the dog owner protests that he has forgotten his license at home has caused an uproar in Chinese internet forums. The Beijinger, a news portal for Beijing expats, reported about an incident in 2014 in which the dog of a British expat was beaten to death by police officers and then put into a garbage bag. According to the report, the dog owner tried to explain to the police officers that he had not yet completed the dog registration process. An investigation of the process is not possible without valid dog documents.
Another justification for the measures was increasing numbers of rabies. Indeed, rabies is an issue in China. The World Health Organization estimates 2,635 cases of human deaths related to rabies in the whole country from 2010 to 2014 when the law was more rigorously enforced, albeit no reliable numbers for the city of Beijing could be found. Therefore, China is only outnumbered by India when it comes to the estimated human deaths related to rabies during this period. Even though these were not all transmitted by dogs, a mandatory rabies vaccination seems to be a reasonable measure in order to prevent the spread.

Dog keeping has not only recently become a combated issue in China. At the beginning of the Communist Era dogs were framed as a bourgeois affectation. Private ownership of the canines was even banned from the city of Beijing in 1983 due to rising numbers in rabies. Until bans were lifted in the early 1990s, dogs in Beijing were only used for guarding government buildings, factories and warehouses, as well as by the military and in law enforcement. Mary Peng from the ICVS assumes that the perception of large dogs as being dangerous is somehow connected to those recent times in which dogs were there to protect property and assist law-enforcing authorities.
Despite this historical background and the strict regulations on dog ownership the pets still gained immense popularity in China. This development is often connected to the country’s economic leap of the past decades which is especially visible in the big metropolises. Dog keeping has by now become a large industry: according to the pet service portal Goumin, the Chinese market for pet food and accessories was assumed to be larger than the tea industry in 2018. Furthermore, the market earns the large majority of its success to the rising class of workers born in the 1980s and 1990s who found work in the big cities. The restrictions on the number of children as well as the loneliness of the big city life, where urban migrants are forced to live far from their families, appeared to have created a demand for puppies. Especially among the young and middle-aged generations.
Government policy will not keep most Beijingers from getting a puppy. However, while rabies vaccination and registration seem useful to control the dog population and keep it healthy, other measures are at the expense of the well-being of the animals and their owners. It will be interesting to continue observing the issue that came along with further interferences in people’s lives designated to change the image of the ever-crowded capital in the years leading up to the Olympic games in 2022. 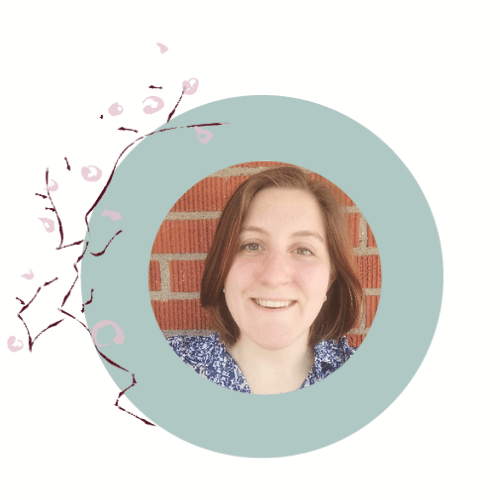 Clara Brettfeld
Clara Brettfeld is currently studying the Master programme Economic Growth, Population and Development at LUSEM. She has a regional focus on China and Southeast Asia. 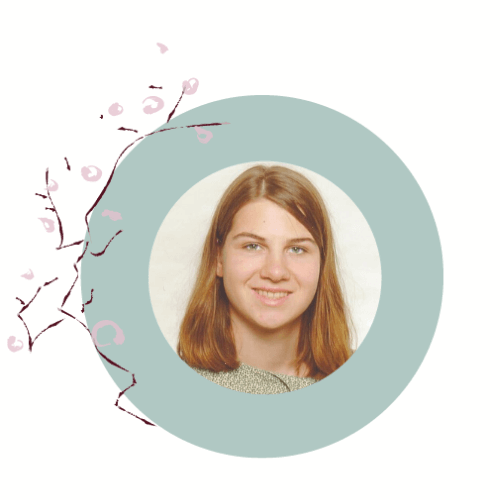 Louise C. Beichler
Louise C. Beichler has just finished her Master on Global Studies at the London School of Economics with a focus on the Economic History of East and Southeast Asia.
Both have spent the winter semester 2016/17 at the Beijing Foreign Studies University.