South Korea
November 9, 2020
Torn by spiking suicide rates and ever-increasing gender tensions, Korean society is facing deep-seated challenges. For many years, the Democratic Party of Korea has pledged to repair the social fabric and stand on women's side. But evidence would suggest otherwise. 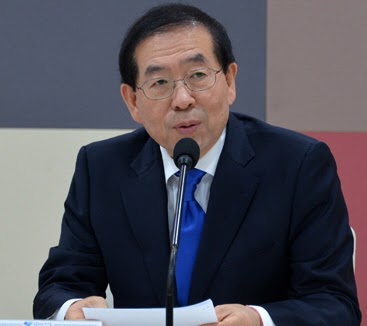 The seats of mayor in the two biggest Korean cities, Seoul and Busan, are currently vacant and local elections are scheduled for April next year. How can this be  possible, given the current epidemiological emergency for Covid-19?

In April, amid growing pressures for resignation after one female officer had accused him of sexually harassing her in his office, the former Mayor of Busan, Oh Keo-don, stepped down. A Busan court has dismissed the case and denied an arrest warrant for the former mayor. Unlike Seoul, which has witnessed a high turnover rate in the top post, Busan has had a very long tradition of conservative government. Therefore, when Oh, a member of President Moon Jae-in’s Democratic Party of Korea (DPK), was elected to the office in 2018, many saw it as a telltale sign of the inexorable decline of the opposition party in one of the last bastions of conservative power. Busan’s mayorship is considered politically strategic due to its traditional role as gamechanger in the presidential elections.

Seoul’s mayor is considered the ‘the second most powerful man in the country’. Himself one of the most prominent members of the DPK, Park Won-Soon stood out in the scandal-ridden world of Korean politics for his firm integrity and progressive stances. A human-rights lawyer, Park rose from the ranks as the founder of a leading law firm often watchdogging big business conglomerates. He won the country’s first sexual harassment case and, as a mayor, he founded the country’s first municipal committee on gender equality. He was a vocal critic of the former president Park Geun-hye, allowing tens of thousands of protesters to gather and publicly protest in the famous 2016 candlelight protest. Park Won-Soon was widely regarded as one of the leading candidates for the presidency in the 2022 general elections.

But on July 9 Park committed suicide, just some days after one of his secretaries had informed the police that Park had been sexually harassing her since 2017. Park’s body was found in the early hours of the 10th in the northern hills of Seoul, where his mobile signal had last been detected. According to the authorities, the mayor had called in sick for the day and left his house by taxi. He was wearing a dark jacket, black pants and a hat; he might have been easily mistaken for a weekday hiker. A police search started after Park’s daughter, concerned that her father hadn’t returned home, contacted the authorities and informed them that he had left a cryptic, will-like message.

The former mayor was accused of sending lewd late-night text messages to his secretary on Telegram, including pictures of himself in his underwear. According to her spokesperson, the woman, whose name has not been disclosed, had repeatedly tried in vain to speak out about these episodes to some colleagues. She was told to be nice with the mayor and provide him with ‘‘emotional care’’. Despite popular petitions to stop the five-day-long state funeral service, a Seoul court guaranteed its regular commencement.

By Korean law, the case against Park was automatically closed after his death—no further investigation was going to take place. However, as many started to voice their dissatisfaction towards closing the case, Seoul City Hall announced the formation of a joint fact-finding team to investigate the accusations.

A wave of scandals has hit the DPK in recent years. In 2018, another rising star of Korean politics, the former governor of South Chungcheong province, resigned after confirming accusations of sexual harassment. Three high profile cases in less than two years: an uncomfortable record for a party which has always presented itself as the champion of women’s rights. During the 2017 presidential campaign, Moon Jae-in vowed to become a ‘feminist’ president. But evidence from his own party’s top members seems to suggest otherwise.

Suicide and gender inequality are widely regarded as two of the thorniest issues afflicting Korean society.

In 2018, the country ranked first amongst OECD countries in suicide rates and, under the current coronavirus pandemic, the situation has even worsened. According to governmental statistics, the number of people who deliberately harmed themselves in the first half of 2020 has surged by 36%. The outlook for women is particularly alarming: Seoul women attempted suicide five times more frequently than any other demographic group. Family and societal pressures, as well as indiscrimate competition in academia and in the workplace, often lead Korean youth to kill themselves: suicide stands as the leading death cause for young people since 2007. In an attempt to dissuade citizens from committing suicide, in Korea reporters are explicitly asked by the authorities not to mention the method, the location or the motives behind suicidal acts.

The plight of Korean celebrities committing suicide has received considerable media coverage, even in the US and Europe. The world of politics is no exception: in 2009, Korea’s former President Roh Moo-hyun, embroiled in a multi-million corruption scandal, took his own life by leaping into a ravine.

Korea performs poorly in gender equality. It ranked 108th in this year’s Global Gender Gap Report issued by the World Economic Forum. The country has had a female head of state—Park Geun-hye—from 2013 to 2017, but female participation in politics and female representation on corporate boards still lags behind other developed nations. The issue of gender equality was brought to the forefront in the last decade by several notorious incidents, such as the Gangnam stabbing and the installation of microcameras in public toilets. This has provoked what can be defined as a gender war, where groups of men and women violently attack each other on social media—and in real life. Frustration over income or general quality of life often leads men to give voice to their disappointment towards an increasingly unequal society by perpetrating misogynistic acts. Feminist groups react by targeting these groups of men in their online activities.

A traditionally patriarchal society deeply entrenched in a highly-gendered division of roles and responsibilities, Korea has been facing gender tensions for a long time. Meanwhile, a suffocating air of competition accompanies Koreans from junior school to adulthood, leading many to consider themselves ‘’losers’’ and take their own lives when they fail to enter a top university or land a rewarding job. Social media plays into this narrative of envy and contributes to the polarisation of a society made up of winners on one side and losers on the other.

Institutions have acted in order to reduce the stigma still surrounding mental health issues in Korea, but progress appears to be slow. A joint action aimed at strengthening the familial and social nets that have traditionally guaranteed mutual support between people is essential. The key to passing on to succeeding generations a more equal and inclusive society lies in promoting an education built on values of empathy, cooperation and solidarity. Only through a coordinated action between the public and private sectors can Korea mend its broken social fabric and establish a more fair society. Officials’ hypocrisy concerning their commitments to gender equality certainly does not set a good example and must be condemned, but efforts must also arise from a grassroot level. As US President Kennedy once said, “Ask not what your country can do for you – ask what you can do for your country”.