China
January 11, 2021
Space travel and technological greatness, mind-controlled sharks, grotesque images of human degeneration and excessive capitalist development, intergalactic warfare, and the limits of human morality. These are the images Chinese science-fiction has portrayed in one of the country’s most vibrant contemporary literary genres. Its continuing mission: to reflect on the new frontiers of fear and uncertainty, and boldly go where no man has gone before. 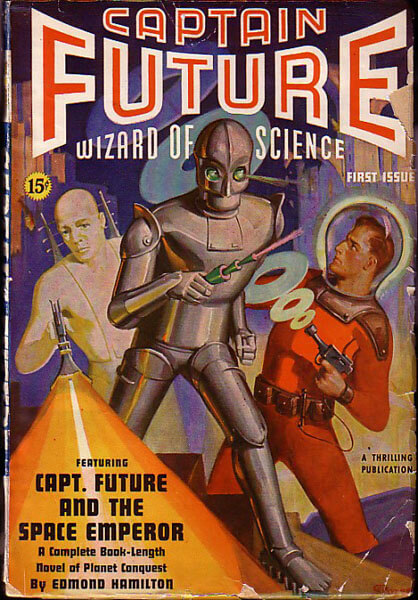 Cover from Captain Future, during the American golden age of science fiction.
Source: George Rozen, CC BY-SA 4.0 , via Wikimedia Commons
How often does a major writer in East Asia penetrate the mainstream and reach that small table next to our beds? Usually, it occurs with an award ceremony, or maybe a suggested bestseller through media coverage. In the case of Liu Cixin’s Three-Body Problem, admiration from both the previous president of the United States as well as the founder of Facebook was exactly what was needed to establish him on the international literary scene. For me, the only other two contemporary authors of equal fame from East Asia that come to mind would be Haruki Murakami and Mo Yan. Maybe the most interesting thing about this commercial breakthrough is that Liu Cixin represents a genre seen as on the fringe of literature in his home country. Science fiction, often characterized by complicated political and moral questions removed from their time and place to be explored in more enlightened circumstances, has grown to become a hugely popular genre in China. 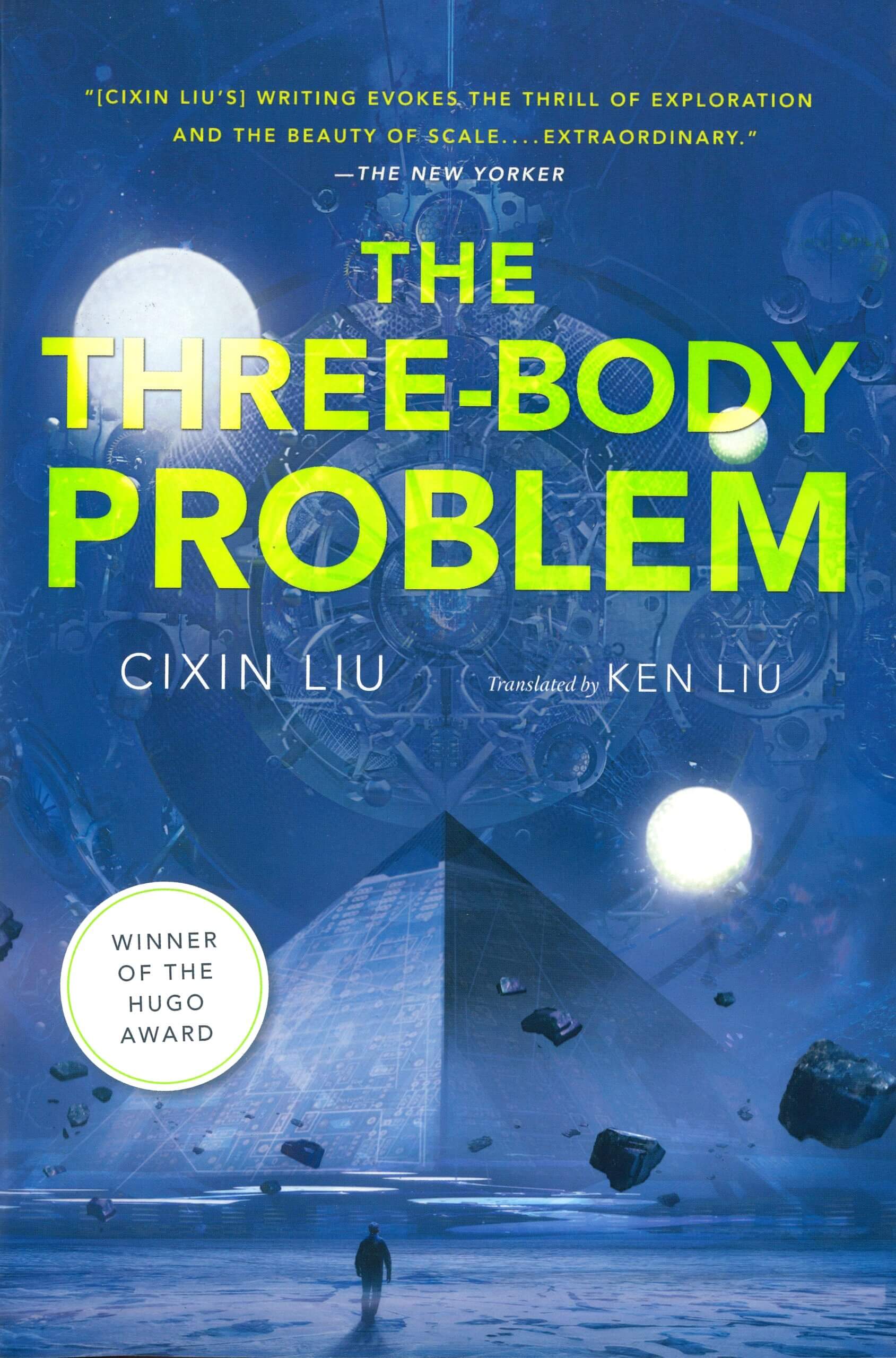 Chinese science fiction is understood as existing in different worlds through time with differently produced ideals and understandings of the future. Science fiction was introduced in China at the beginning of the 20th century and was then considered a profound source of inspiration for the younger generation. The wonders of science & technology—and their infinite possibilities—were exactly what the younger generation needed to believe in for China to make it through its many historical traumas and future challenges.
In modern Chinese history, political realities often saw themselves reflected in authors and their works. Pre-communist era science fiction held utopian visions of a strong and technologically advanced China; the communist era followed a Soviet-style idea of technological nightmares only safe in the hands of the communist state, such as laser shooting sharks who protect from Japanese invaders. Adhering to the ruling ideology was the norm until the end of the cultural revolution. Afterwards, Chinese science fiction writers lost faith in idealist utopian projects led to open criticism of past, and later, present ideas of modernity. However, one thing is consistent in the genre throughout its history: the inevitable rise of China as a global superpower. Even more contemporary critical views hold fast to this future prediction. Western science fiction has often seen a future world in which destruction and mass poverty are the results of excessive technological advancements and development. Chinese science fiction, on the other hand, rather sees a future where prosperity and excess is the result of development and advanced technology.

The “new wave” of Chinese science fiction can be traced to the writers who grew up during—or in some way experienced—the cultural revolution, with its grand utopian images of modernity in a socialist, classless state of permanent revolution. Rather than embracing the new Chinese society after the opening and reform era, they came to see the current obsession of economic growth as a reinterpretation of past visions, once again trying to accelerate the historical process without thinking about its consequences. For the influential Chinese writers in this article, continuation of unchallenged market capitalism is yet another doomed to fail utopian project which might lead to a dog-eat-dog society. This criticism is inherited in younger science fiction writers, who see a changing China in its age of triumph, but also a society moving towards a dark path of selfish immorality.

Now with all the technobabble out of the way, let us look at “the big three” of Chinese contemporary science fiction: Liu Cixin, Han Song, and Wang Jinkang. The previously mentioned Liu Cixin is by far the most celebrated and has become the new face of what is traditionally called “hard” science fiction. Hard science fiction emphasizes technological accuracy and conveys a more naturalistic approach, which means that reality is explained according to some logical rules, and the story explores its implication in the “real” world. His magnum opus, the Three-Body trilogy, builds up an epic, technology-driven world which slowly realizes its own insignificance in an ever-increasingly threatening universe. In such a world, humanity must ask itself: Where do we draw our moral lines when it comes to survival? This is a central theme in many of Liu’s works. Humanity’s existence is accidental and unpredictable, while the laws of physics are constant. The universe is completely indifferent to our goals, morals, values, feelings, and our desire to create meaning out of it.
Cixin might be the man who put Chinese science fiction on the world stage, but Han Song and Wang Jinkang are equally influential back in their home country. They take more social or “soft” approaches, and tend to look at the dehumanizing effects of China’s rapid development. Perverse images of gluttony, human degeneration, and greed are explored within societies obsessed with efficiency, speed, and personal wealth. Han Song is most famous for his Subway series. In the first book, an unstoppable subway train travels around Beijing for eternity, with its passengers evolving into monstrous creatures without any self-constraints. In his newer work the Hospital Trilogy, we meet a self-learning algorithm controlling a hospital out at sea that is trying to end pain and suffering with the creation of eternal life. Instead of achieving this impressive feat, the hospital creates mindless patients being directed to die at the algorithm’s will. In Wang Jinkang’s Ant Life, we encounter a scientist who has managed to extract a serum of selflessness from nature’s own model communist creatures: ants. From this, he eventually starts to create utopian communities with human subjects. Much like in the hospital, the dream turns into a nightmare when individual lives must be sacrificed for collective development. 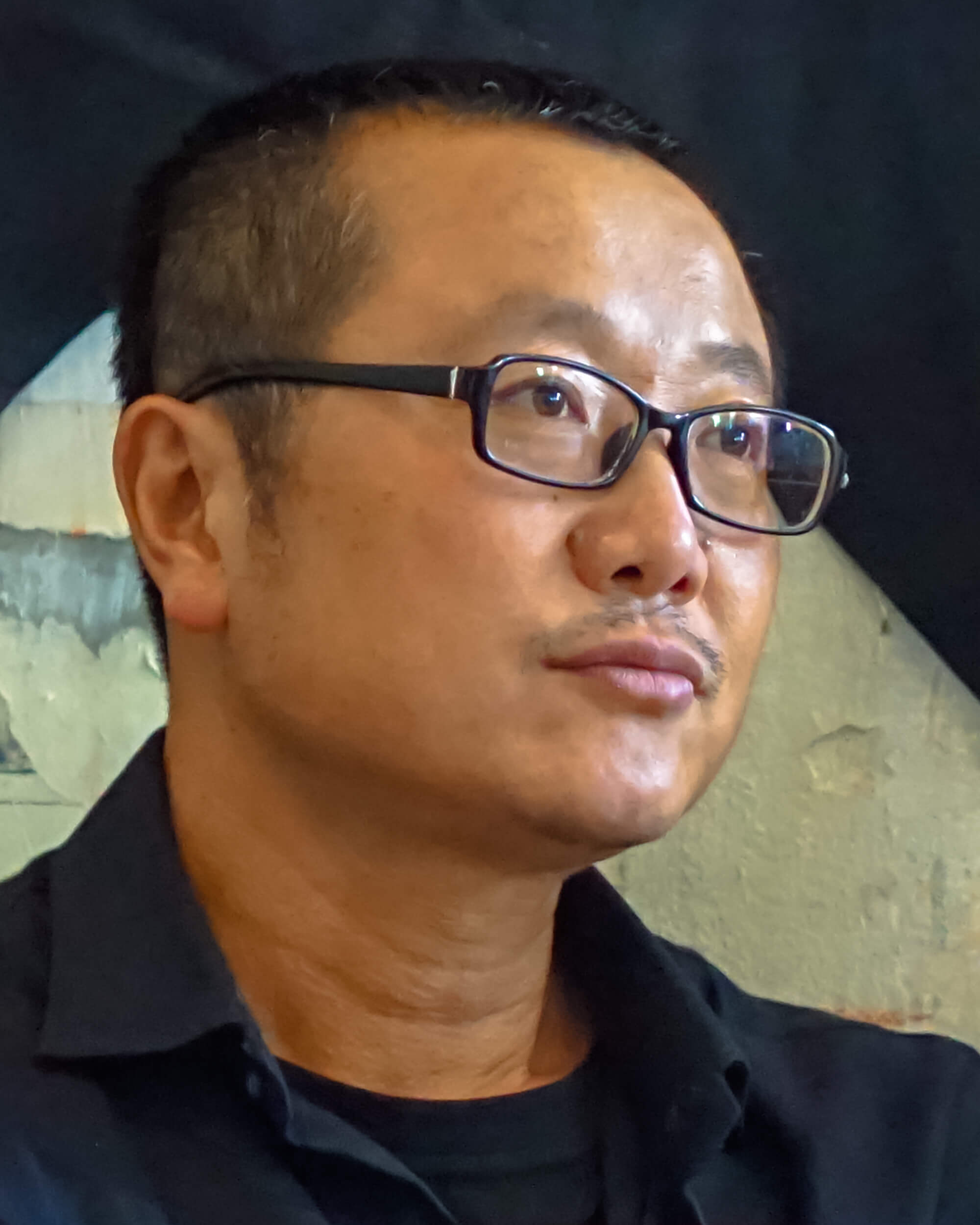 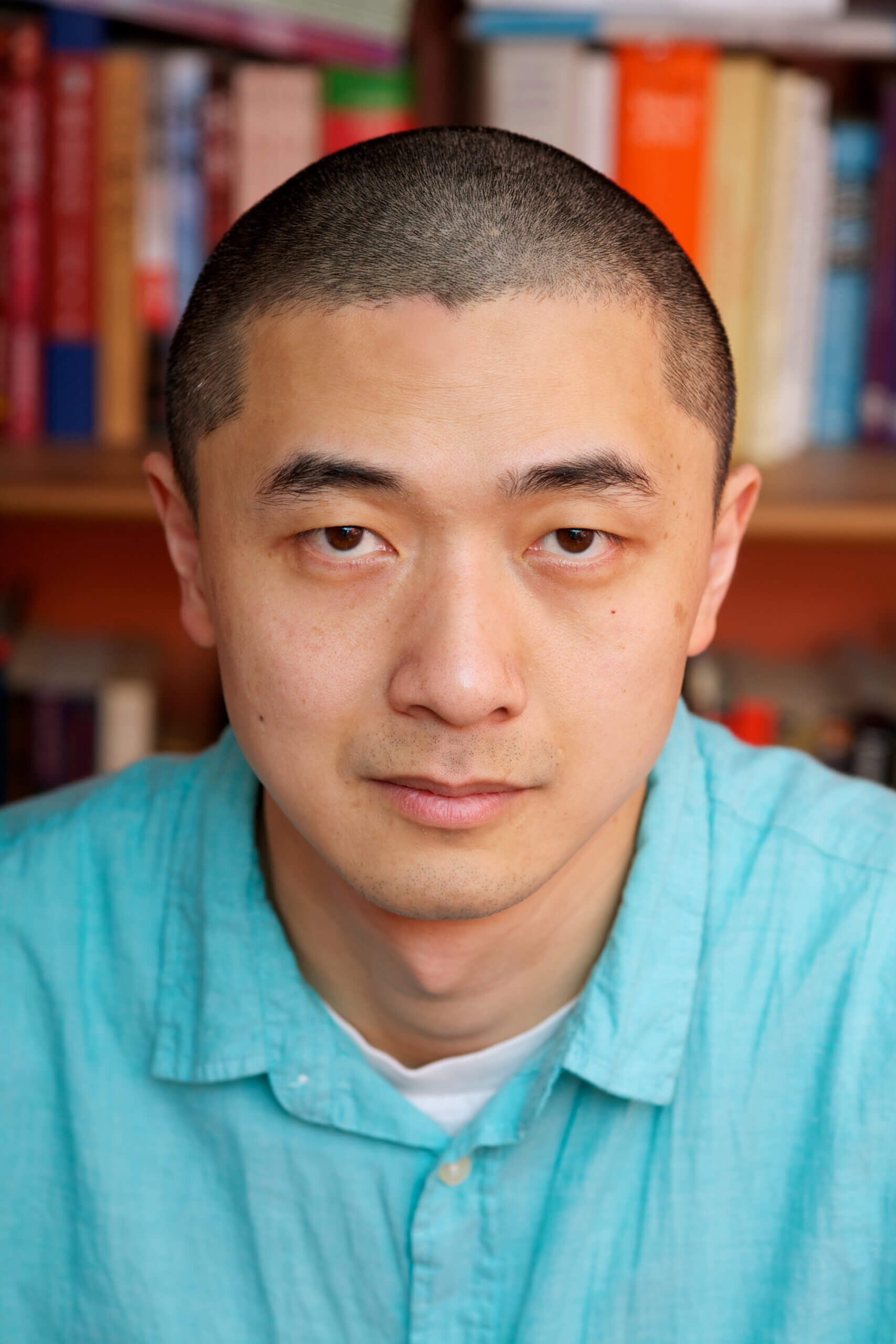 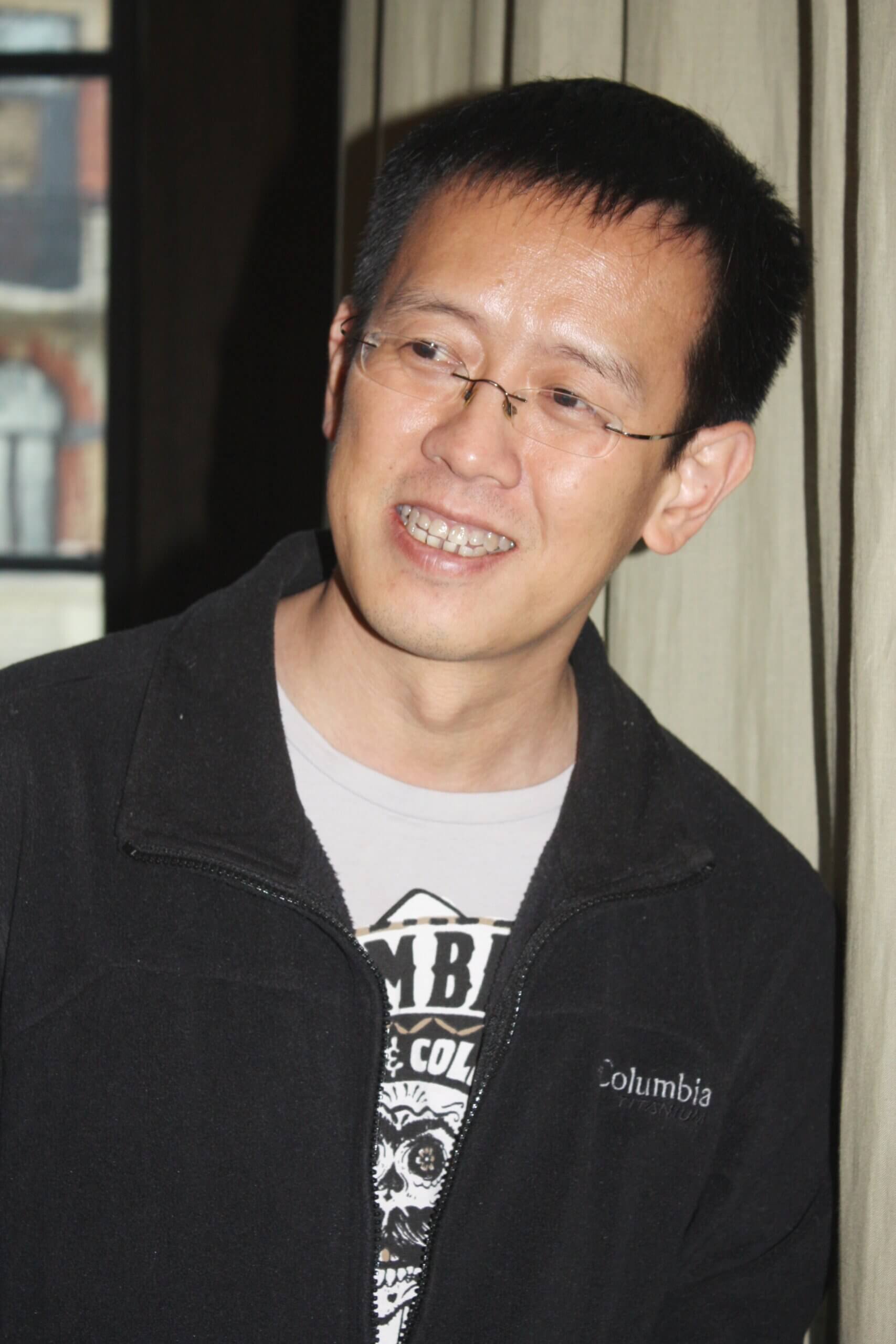 This new vast amount of science fiction would not be on the world stage if it were not because of its star translator Ken Liu. Chinese science fiction’s journey to the West started perhaps with Obama’s and Zuckerberg’s readings of Ken’s translations. The now established gatekeeper seems to have good contact with the old guard as well as aspiring authors, and numerous of his translations can be easily accessed online. Thanks to him, I can give you an easy entrance into Chinese science fiction with some short stories. I would recommend reading Hao Jingfang’s Folding Beijing and Han Song’s Security Check, both translated by Liu, as well as one of his own stories, The Algorithms of Love.
The idea of China as a sole superpower does not seem that far-off today as when it was first proposed by Chinese science fiction writers a hundred years ago. Historically, China has been a follower trying to catch up with the rest of the developed world. However, today they stand as leaders in sectors of technological change where the social implications are uncertain or unexplored. Ethical questions arise over the implementation of self-learning artificial intelligence in sectors such as surveillance, social welfare, and finance. How will artificial intelligence decision making decide who gets to engage in the financial sector, and under which conditions? Who will be responsible when an algorithm’s decision of medical treatment leads to harm? How will collection of big data under surveillance affect already marginalized groups? Seeing as insufficient facts always invite danger, Chinese science fiction and its imaginative speculations will stand at the forefront of possible comprehensions, explanations, and predictions of what this future will mean for humanity. 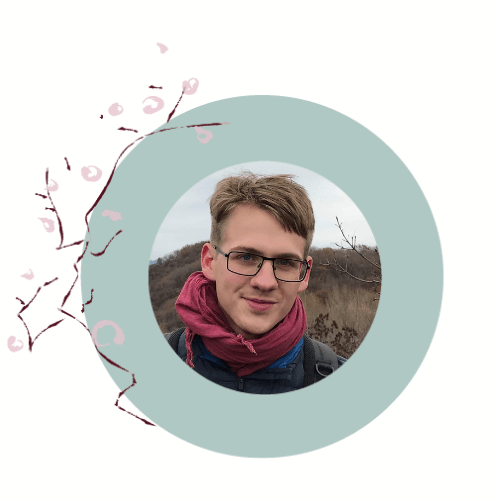 Rasmus Björklund
Rasmus Björklund recently graduated from the Asia Studies masters programme at Lund University and is currently doing an internship at ISDP’s China Centre. His main focus is in global development.