Cambodia, China, Japan, Malaysia, Myanmar
September 6, 2021
This month news review, features Japans preparation for the upcoming elections, ongoing conflict in Myanmar, economic turmoil in China, a new government in Malaysia, as well as the appeal of one of the last Khmer Rouge leaders 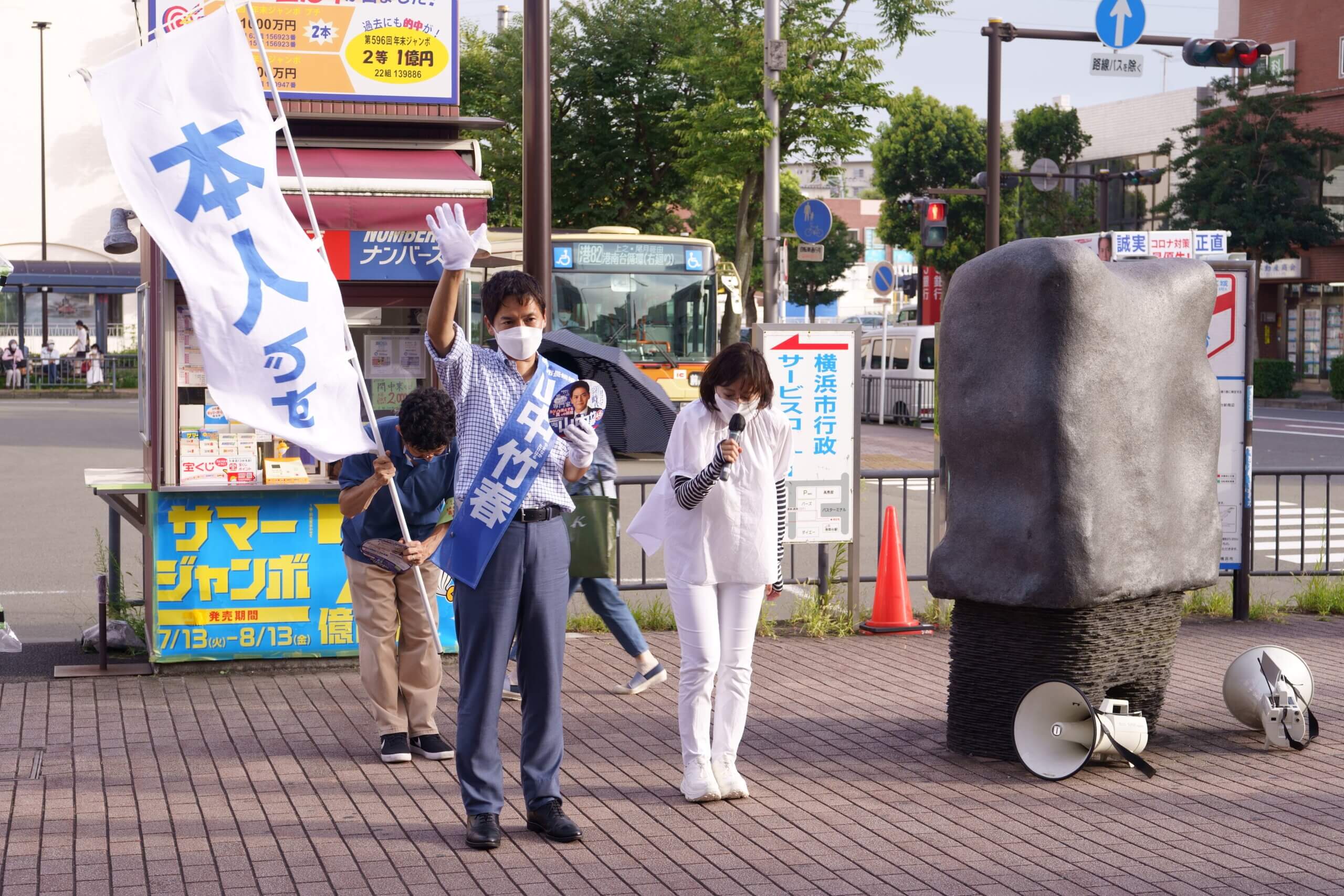 As political parties start to gear up for the lower house parliamentary election that must be held by November 28, the ruling Liberal Democratic Party (LDP) was dealt a major setback in the mayoral election of Japan’s second-largest city, Yokohama on August 22. The independent candidate Takeharu Yamanaka, backed by the main opposition parties including the Constitutional Democratic Party of Japan and the Communist Party of Japan won in a landslide. The overwhelming loss in Prime Minister Yoshihide Suga’s own constituency could foreshadow the upcoming lower house election, which has forced Suga to withdraw from the upcoming party leadership vote to be held on September 29. Thus ending Suga’s term as prime minister. Several prominent LDP names including former Foreign Minister Fumio Kishida are now expected to compete for power.

The collapsing support of Suga’s administration and the LDP is largely attributed to the mismanagement of the ongoing COVID-19 pandemic. The combination of an initially slow vaccine rollout and poor crisis management led to the biggest surge in cases to date, just in time for the start of the Tokyo Olympic Games. As a result, Japan is experiencing their worst COVID-19 outbreak yet, averaging around 25,000 new cases per day as of August 26. The Tokyo Olympic and Paralympic games are also pointed to as major contributors to the worsening pandemic in the country, which has put the government in a precarious situation. Despite the fierce opposition to host the Olympic Games from the Japanese public, the games were hosted, a decision that has been costly for Suga and the LDP in the opinion polling leading up to the election. 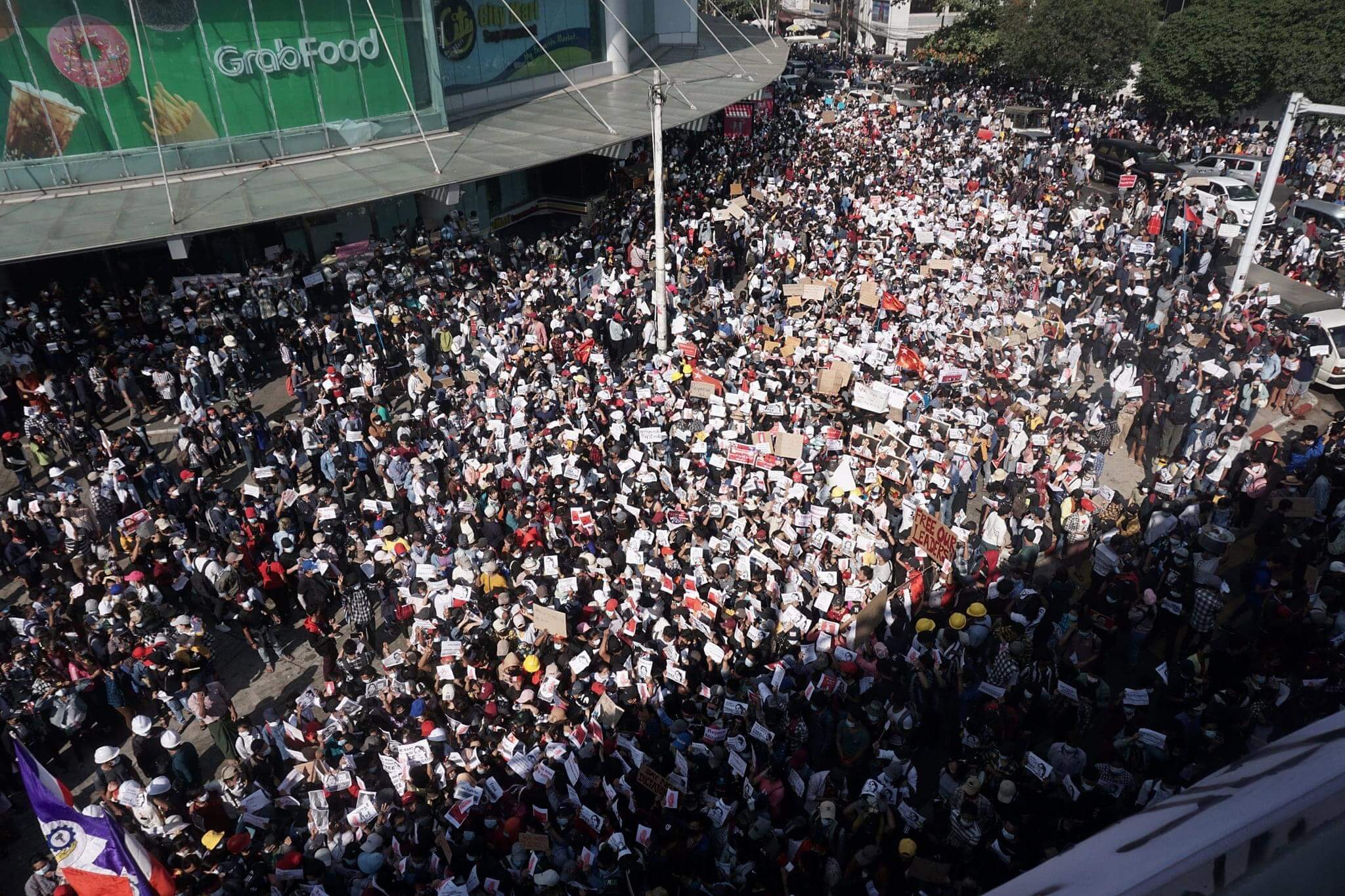 Since the military coup on February 1st, the country has moved from peaceful pro-democracy protests and work boycotts to paramilitary movements. The death toll has risen to over 1,000, primarily made up of young protestors. Since August fighting between the junta and ethnic armies has intensified and is particularly heavy in Myanmar’s border regions. In Myanmar’s western Rakhine state, the Arakan Army has widened its political and administrative power over the state, rendering it effectively independent from the rest of the country. Since 2018, the Arakan Army has strived for greater independence from the central government, resulting in one of the most serious conflicts in the country. In the 2020 November elections, the region had been excluded from the process by the union election commission, due to the ongoing military conflict. In their aim for regional independence, the Buddhist Arakan Army has been attempting to mobilise the entirety of their population including Muslim Rohingya. This comes on the four-year anniversary of the Tatmadaw attacks on the Rohingya. The Arakan Army has become one of the most vocal ethnic groups condemning the coup. On Myanmar’s eastern side, fighting between the ethnic groups, Karen, Kayah, Shan and Kachin and the Tatmadaw intensified in the month of August, causing an increase in casualties from intensified fighting on both sides.

According to a statement by the United Nations Office for the Coordination of Human Affairs (OCHA), in the last month, the number of Internally Displaced Persons has risen to 205,160. These join a further 500,000 refugees from older conflicts and 3,000 newly displaced from the states of Kayah and Kayin. In addition, over 5,937 people have been arrested. Arguably, the situation has forced as international attention has shifted to other conflicts. 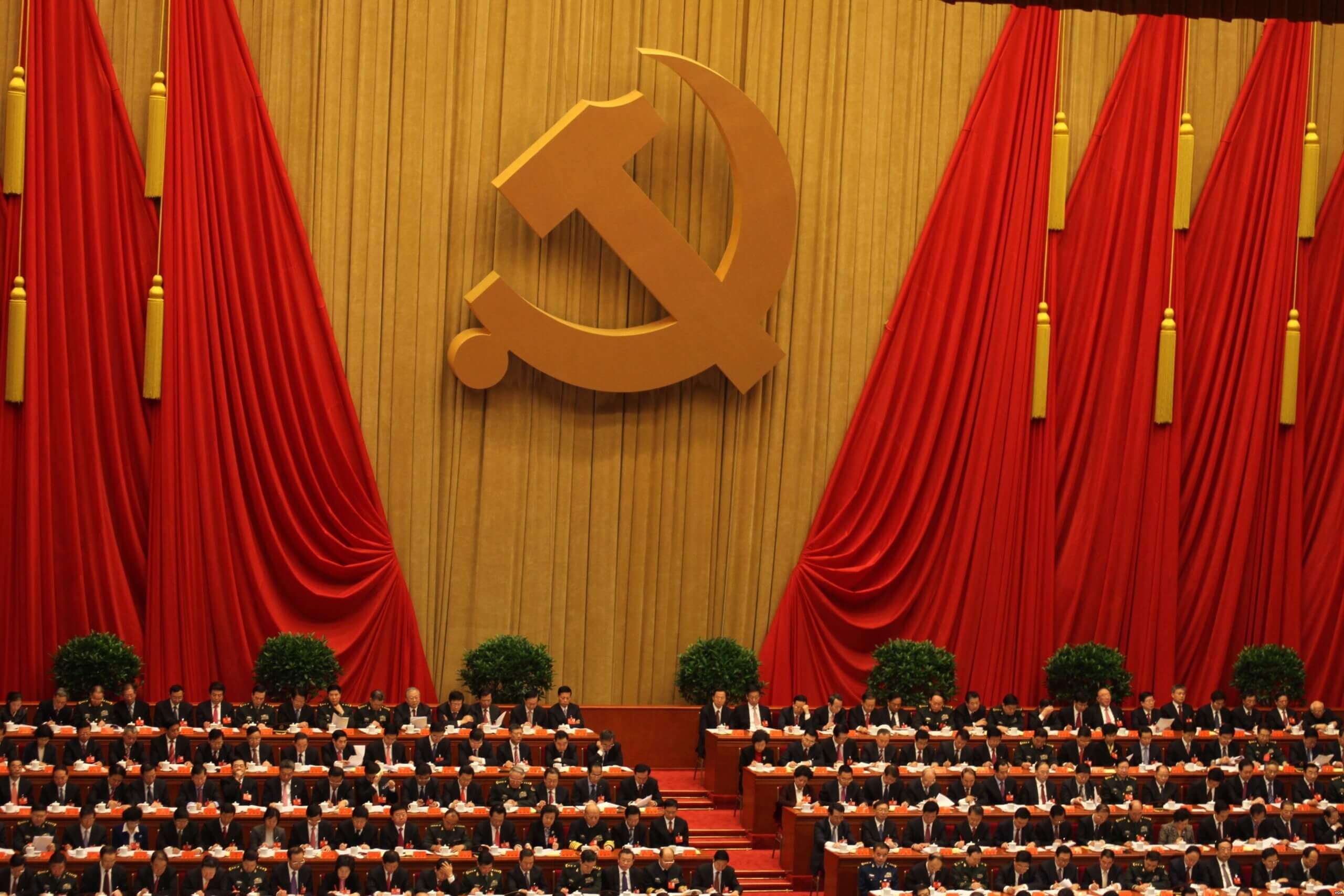 Fear of social unrest and instability led Chinese authorities to introduce new regulations in July and August targeting the real estate sector, private tutoring, and the tech companies. Beijing introduced caps on property loans, a ban on private tutoring and more data laws in order to control the economic sector, reduce social inequalities and maintain social stability. The message is clear: Future growth is only possible as long it does not rock the boat.

The crackdown has led to economic damage and some analysts argue it will hurt economic growth. For decades, GDP growth has been the number one priority in China and a way to legitimize the Communist Party. The fact that the Chinese authorities are willing to allow economic damage to address other political goals signals a shift in Chinese politics. In fact, Xi Jinping declared that “Common prosperity and social stability are superior to unfettered growth.” This underlines that economic redistribution and social equality are now on the political agenda and will likely replace economic growth as a primary political goal for years to come.

The political shift also illustrates the Communist Party´s search for a new source of legitimacy. In a time where economic growth can no longer guarantee social stability, addressing social inequalities will show the middle class that the Communist Party is still willing to improve their living standards. 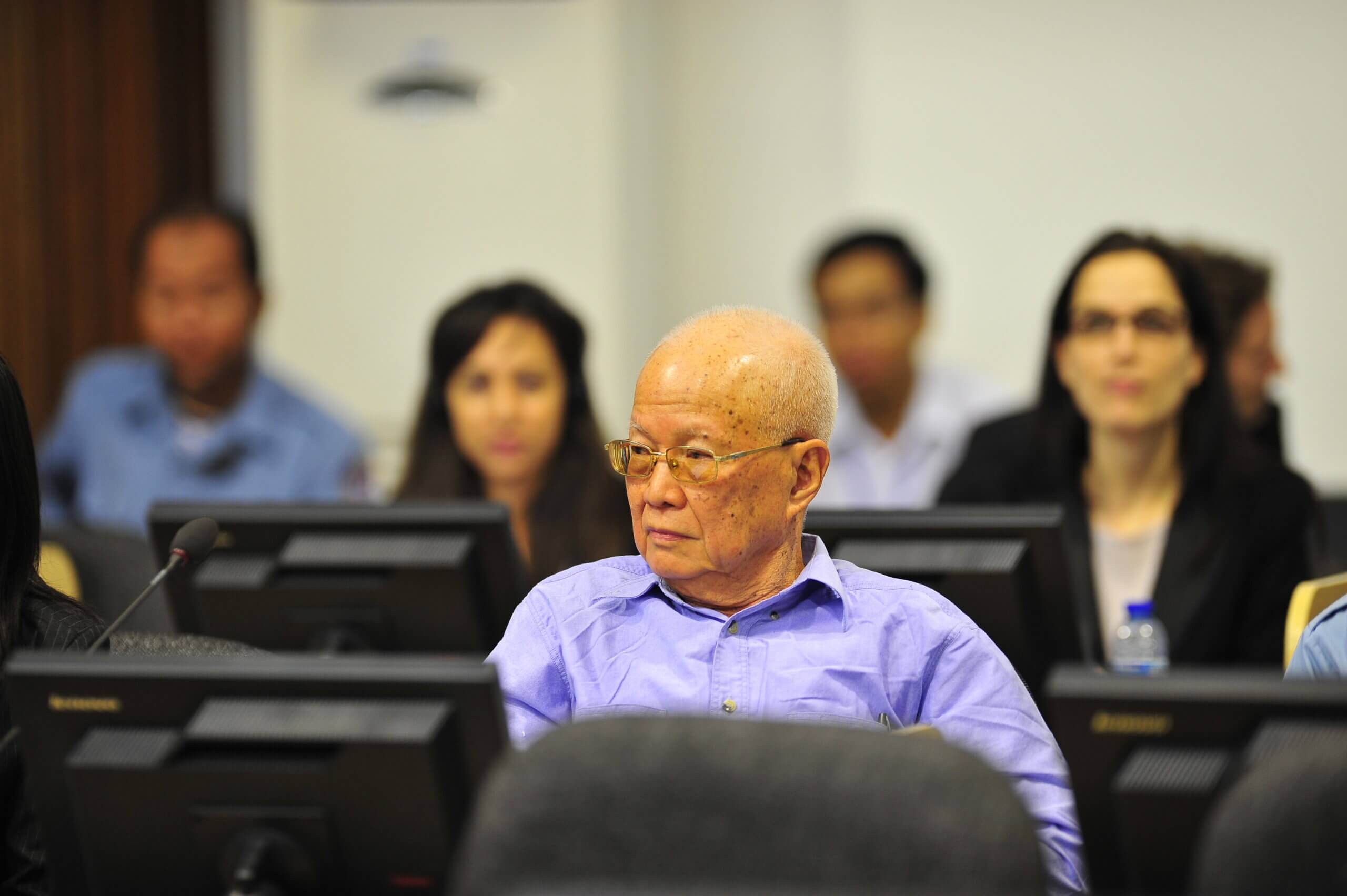 Khieu Samphan during a Trial Chamber hearing on 31 Jan 2011, picture from Wikimedia commons

In 1997, the government of Cambodia requested the United Nations’s assistance in prosecuting the senior leaders of Khmer Rouge (1975-1979). The Extraordinary Chambers in the Courts of Cambodia (ECCC) was established in 2006 under the 2001 law for the Prosecution of Crimes Committed during the Period of Democratic Kampuchea (DPRK). ECCC is independent from both the Cambodian government and the United Nations and follows international standards.

Khieu Samphan, the sole surviving senior leader of Khmer Rouge, was found guilty of genocide, crimes against humanity and war crimes. The ECCC therefore sentenced Samphan to life imprisonment in November 2018. The former president of the Presidium and head of state of Khmer Rouge appealed against this conviction in August 2021. The appeal hearings lasted from the 16th to 19th. During his closing remarks, Khieu Samphan said he “categorically refuse to accept the accusation and the conviction of genocide,” and that he was “judged symbolically rather than by my actual deed and as an individual.”

“No matter what you decide I will die in prison,” he said. Khieu Samphan will remain in prison even if the 2018 conviction is overturned as the appeals process in his 2014 trial, when he was convicted alongside Nuon Chea in 2014 for crimes against humanity, has been exhausted. He was sentenced to life in prison.

The verdict of the appeal is not expected until the fourth quarter of 2022 according to Neth Pheaktra, spokesman for the ECCC. 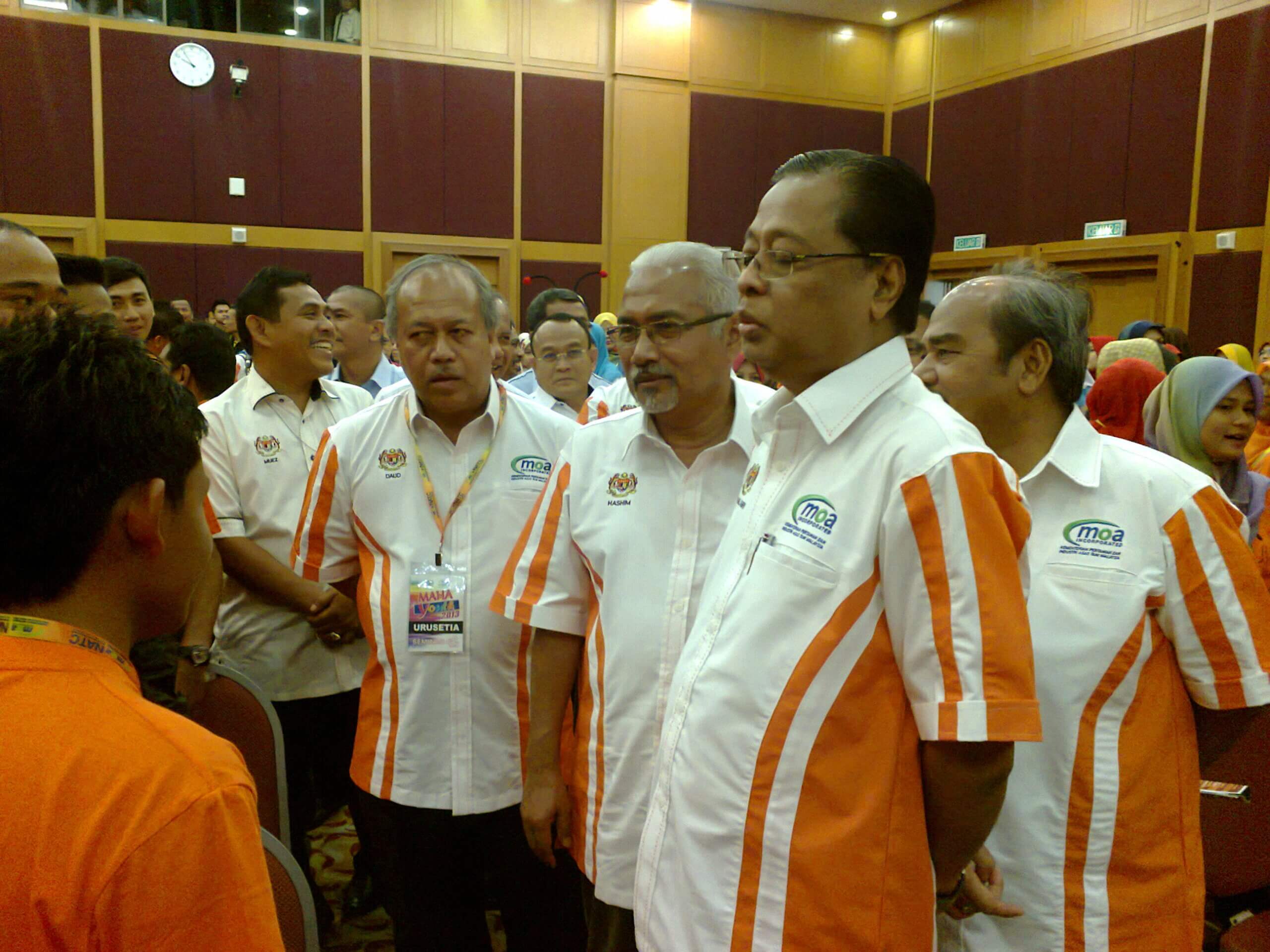 Ismail Sabri Yaacob during the launch of a Youth Initiative in 2013.
Credit: Izhamwong, CC BY-SA 3.0, via Wikimedia Commons.

On August 21st, Ismail Sabri Yaacob, previous deputy Prime Minister and member of the United Malays National Organization (UMNO), was sworn in as the new Prime Minister of Malaysia.

He replaces outgoing Premier Muhyiddin Yassin, whose administration lost its razor-thin majority for failing to contain the pandemic despite proclaiming a state of emergency and imposing a nationwide lockdown. As of September 2nd 2021, Malaysia had one of the highest per-capita infection rates in the Asian region, with a record high of 20, 988 new confirmed cases and despite substantial vaccination efforts. Muhyiddin Yassin subsequently resigned after serving barely 18 months in office.

The new cabinet‘s barely-altered composition and size have led many to doubt whether the new government will be capable of formulating an effective approach to addressing the country’s health crisis and economic recession. The 31 new ministers include several familiar faces from the outgoing cabinet as many have merely swapped their portfolios. Previous Premier Muhyiddin Yassin, too, was appointed Chairman of a council to lead a Post-Covid-19 economic recovery. Yet, previously powerful political figures in the UMNO’s ranks that had fallen out of public favor in the wake of substantial corruption allegations in 2018 and are facing legal proceedings, seem to be deliberately missing from the list.

According to Ismail Sabri Yaakob, his ministerial picks serve well to promote stability, safeguard the interests of Malaysia’s people and restore crumbling confidence in the government. Furthermore, the ministers are required to deliver tangible results within their first 100 days in office. The Ministry of Tourism has proved quick in taking action: The island of Langkawi will once again be accessible to domestic tourism as a pilot project to boost the hard-hit industry. Hotels and other hospitality businesses such as theme parks will be allowed to reopen soon as well, as one of many measures to gradually re-open the economy.