The peculiar hype around ‘ugly’ buildings in China

A tale of architectural design

China
February 14, 2022
Extravagant architectural structures attract attention in many ways. They can either evoke admiration, prestige and beauty, or they can cause outrage, irritation or ridicule. While the concept of beauty in building design depends on individual taste and local context, China struggles with what is generally considered ‘ugly’ architecture - prompting discussions of vanity, regulation and the emergence of a new self-consciousness in architectural spheres. 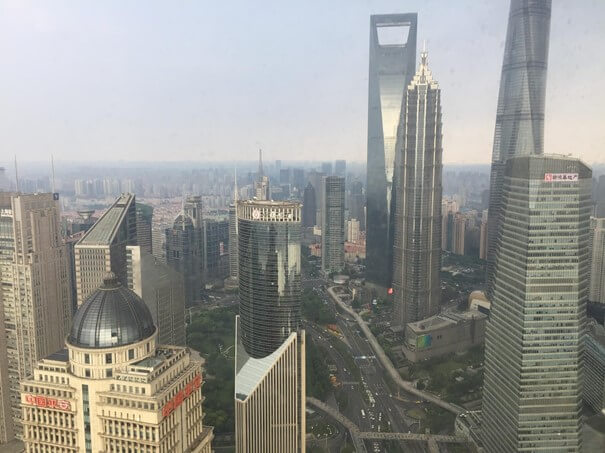 Shanghai World Financial Center - also called ‘The bottle opener’.
Source: Courtesy by Mirjam Ait, Lund University Alumna.
On April 8, 2021, China’s National Development and Reform Commission (NDRC) issued a novel resolution: Local governments were discouraged from planning and constructing buildings that are ‘ugly’. What exactly counts as ‘ugly’ has not been defined, but high-rise buildings over 500 meters are to be avoided wherever possible. Instead, the focus should lie on constructing functional and sustainable architecture that is aesthetically “pleasing to the eye”.

In the country with the largest number of skyscrapers on a global scale, this announcement must have struck a nerve, considering the high engagement on Chinese social media. Particularly on the popular platform Weibo, users readily joined to share, discuss and criticize the ugliest buildings in their respective hometowns. Funny enough, the exchange about questionable building design is not a one-time phenomenon and seems to border on a national sport in China.

For about 12 years, voters have cast their votes in the annual China's Ugliest Building Survey on the architecture website Archcy.com to identify the country's most distasteful, bizarre and unusual buildings. Various criteria are taken into account, such as the extent to which a building clashes with its surroundings, whether it offers no sense of functionality, or whether the design is a mere copy of another prestigious historical or foreign architectural landmark.

After completion of the poll, a professional panel consisting of academics, architects and other critics will evaluate and release China’s top 10 ugliest buildings. 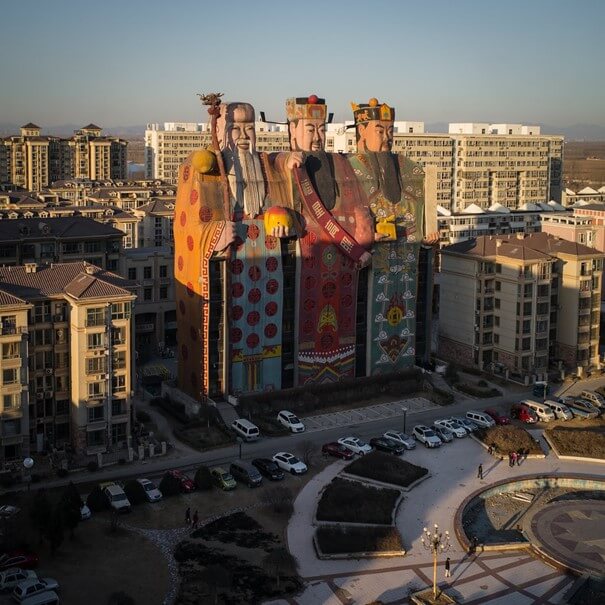 Recognition through architectural design: Eager to invest, keen to experiment

The answer to the question of why there are so many ‘ugly’ buildings in the first place lies in China's development around the new millennium.

Riding the wave of economic growth and facing rapid urbanization in the early 2000’s in particular, local governments desperately searched for new sources of income and prestige. Keen on putting their cities on the map, local officials partnered with urban planners and architects to initiate massive, imposing and eye-catching construction projects. By no means uncommon, these major undertakings were tremendously resource-intensive, financed through debt and often involved displacing and relocating residents in the name of urban renewal and development.

While the focus of governmental officials lay predominantly on generating tourist income and gaining recognition, the construction boom represented a welcome opportunity for both local and foreign architects to leverage China as a new ground for bold experimentation and a chance to demonstrate their skills. The mania generated first-class landmarks such as the Guangzhou Opera House, designed by Iraqi-British star architect Zaha Hadid. 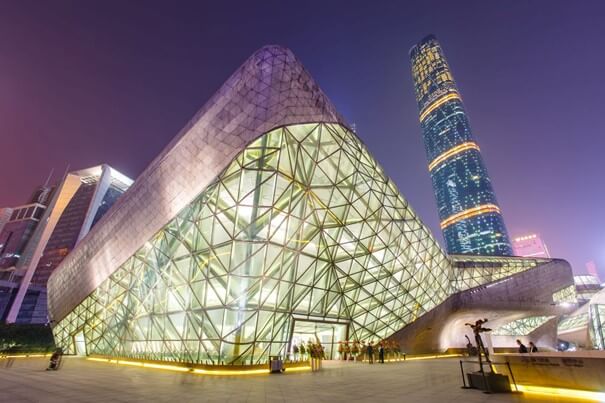 Guangzhou Opera House at night.
Source: southtownboy on IStock (Standard Licence/Restriced Use).
However, for every impressive opera house, there were many more eccentric projects such as buildings resembling gigantic teapots, kissing couples or musical instruments. These constructions are nowadays criticized and ridiculed not only for their poor aesthetics, but also for their lack of practicality, poor technical standards and an overall irritating design.

It came as little surprise that eventually, the aforementioned 2021 resolution was passed. The resolution reflected a desire by the Chinese government to regulate and ‘correct’ China’s mixed contemporary architectural output. Yet, the resolution represents just one measure to tame local governments’ hunger for prestige projects.

In 2014, President Xi Jinping was already lamenting the construction of strangely shaped and unnecessarily tall skyscrapers which were proliferating the country, according to media reports. Just two years later, the government followed up with a more explicit directive calling for an end to "oversized, xenocentric and strange buildings" and for a focus on "suitable, economical, green and appealing" buildings.

By now, the government's concerns go beyond notions of beauty and are increasingly a focus on safety, particularly after the wobbly incident of a roughly 350-metre and 70-storey tower in Shenzhen: According to investigations, the tower began to shake due to the wind. This incident raised serious concerns about tall and thin skyscrapers across the whole country. Since 2021, cities under 3 million inhabitants are no longer allowed to construct skyscrapers taller than 150 metres without official approval. For larger cities, the red line is drawn at 250 metres, according to the Ministry of Housing and Urban-Rural Development.

Beginning a paradigm shift: regionalism, pluralism and the expression of local identities

The construction of over-the-top or Western-inspired architecture reached its peak around the 2008 Beijing Olympics, when a new wave of self-confidence emerged from the country’s presence in the global spotlight. Many ‘strangely impressive’ buildings from that period will stand for the foreseeable future and continue to irritate its spectators. However, shifting architectural preferences do not mainly coincide with the government's attempt to control the appearance of its skylines more strictly, but with a change in aesthetic paradigms in the industry.

Many architects and planners continue to follow international trends and seek global recognition and media exposure. Others, however, are more inward-looking, drawing inspiration from China's cultural aesthetics, historical heritage, and local identity. The result are unique buildings that mirror the surrounding waters and mountains, the traditional hutongs, and the houses of local villages. In addition, the application of green building technologies and the implementation of renovation projects are increasingly on the agenda of both architects and the government due to ongoing struggles with air pollution and the desire for creating more liveable cities.

The smell of change in China's architectural spheres is hard to miss. It remains to be seen whether this field of practitioners will become more regimented and controlled or more pluralistic and diverse - or both.

What becomes clear is that Chinese architecture is likely to remain in the global spotlight - not only because of the many ‘ugly’ buildings to admire, but also because of an increasing number of architectural triumphs: Wang Shu was the first winner of the prestigious Pritzker Architecture Prize in 2012 from the Chinese Mainland, and may not be the last.

Caroline Müller-Runte
Caroline is one of the co-founders of The Lunar Times and filled the roles of both Secretary and Head of Economics during her time at Lund University. Since graduating from her Master’s in Asian Studies, she is pursuing a management traineeship in finance at the German newspaper “Frankfurter Allgemeine Zeitung”.