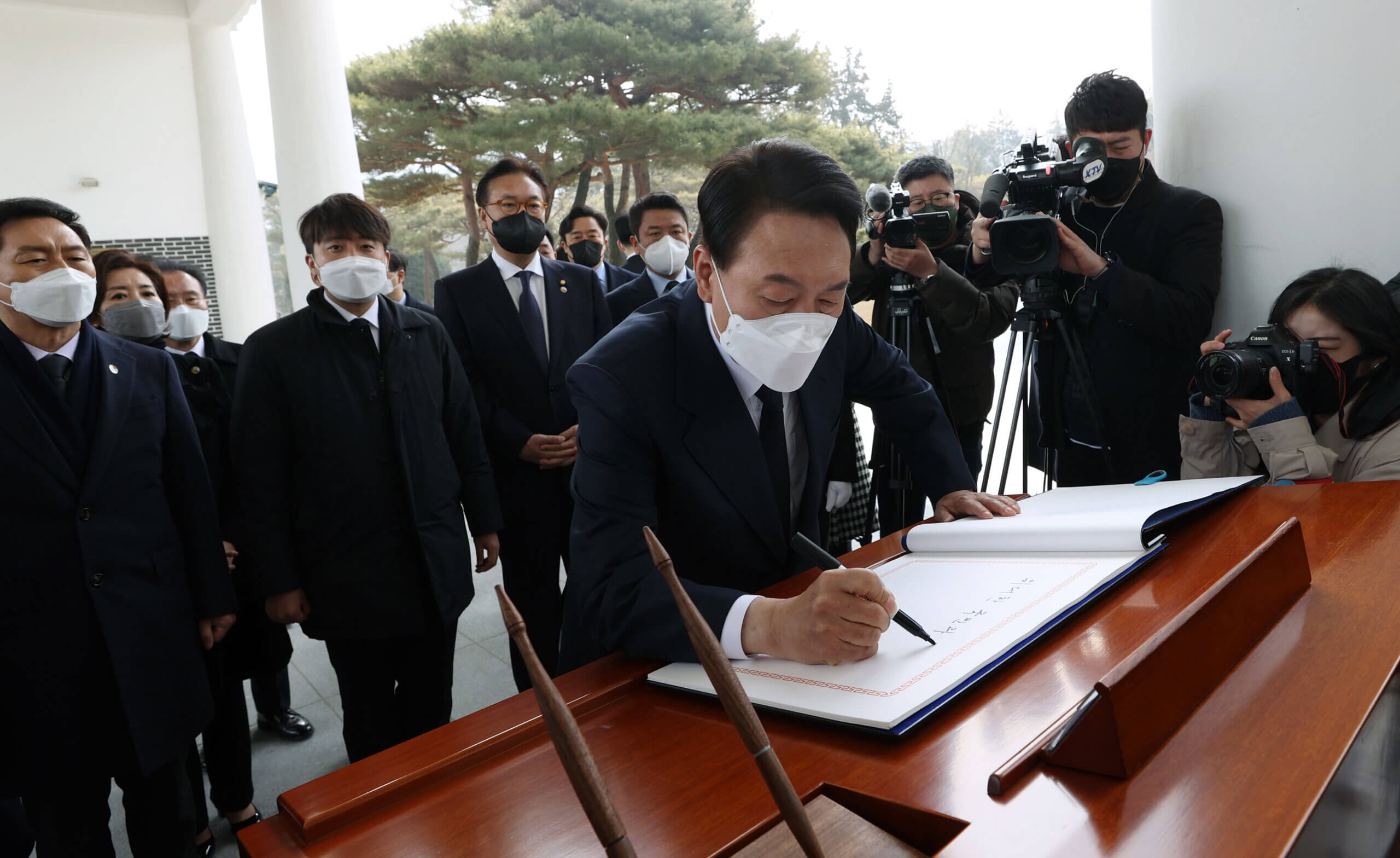 On March 10th, South Koreans chose Yoon Suk-yeol from the conservative People Power Party (PPP) as their next president after the most closely fought election in recent South Korean history. With a razor-thin margin of 0.73 percent of the vote, Yoon snatched a narrow victory, claiming “a victory of great people”.

Since 1987, South Korea's constitution has limited a president to a single five-year term. After President Park Geun-hye's huge corruption scandal left the country disappointed with conservatives, President Moon Jae-in came to power in 2017 with an 83 percent approval rating, transferring the country's power to Democratic Party. However, the widening economic inequality, runaway housing prices, and faltered negotiation on North Korea’s nuclear program has brought a strong backlash to Moon and the Democratic Party.

Yoon Suk-yeol is a former chief prosecutor with little foreign policy experience. Facing the fact that the Democratic Party occupied 172 seats in the 300-member unicameral parliament, while the People Power Party holds 110 seats, this political novice is sure to face many challenges during his term.

Domestically, Yoon is expected to address the impact of soaring cases of the Omicron coronavirus variant while handling the long-standing skyrocketing housing price issue. On the other hand, Yoon faces foreign policy and national security tasks including geopolitical realities of the Sino-American relationship as well as North Korea’s accelerating nuclear weapons and ballistic missile capabilities. Since January, Pyongyang has increased missile tests, including a de facto intercontinental ballistic missile test on March 9, just four days before South Korea’s presidential election.

In Yoon’s foreign policy, an enhanced alliance with Washington and Tokyo will be key to boost trilateral security cooperation, and a more assertive North Korea policy will be implemented. 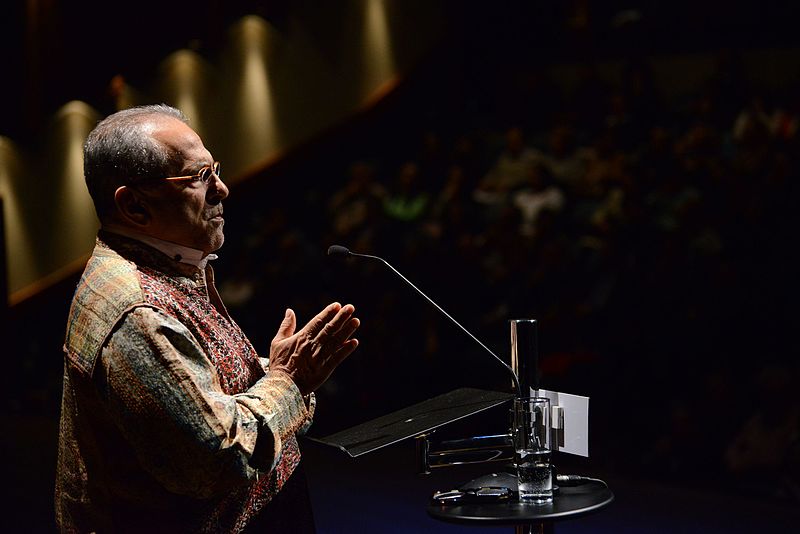 On March 19, the youngest nation in Asia, Timor-Leste held the first round of their fifth presidential election since independence in 1999 from a long and brutal Indonesian occupation. Among the 16 candidates are incumbent and former resistance fighter Francisco Guterres as well as Nobel Peace Prize laureate and independence figure José Ramos-Horta. The two top contenders Ramos-Horta and Guterres secured 46% and 22.3% of the vote respectively, meaning that they will head to a runoff on April 19 to determine who will lead the country for the coming 5 years. Considering the results from the first round, it is likely that Ramos-Horta will be the one chosen as the next president to lead the country.

Timor-Leste is facing a multitude of problems that the president must be ready to address. The nation’s road to democracy has been difficult, while the population battles extreme poverty, unemployment and corruption. Moreover, economic growth has stalled and few work opportunities are created outside the country’s declining oil and natural gas industries.

Ramos-Horta was originally president between 2007 and 2012. He also served as foreign minister and head of government before his presidency. He was awarded the Nobel Peace Prize in 1996 for his direct involvement and hard work over many decades to rally support and pressure Indonesia, in order to find a peaceful solution to the occupation. His goals were eventually reached after a successful peace plan was followed through, partly due to mediation and help from the UN. The prize was shared with Catholic Bishop Carlos Filipe Xiemenes Belo, a staunch human rights advocate in Timor-Leste during the Indonesian occupation. 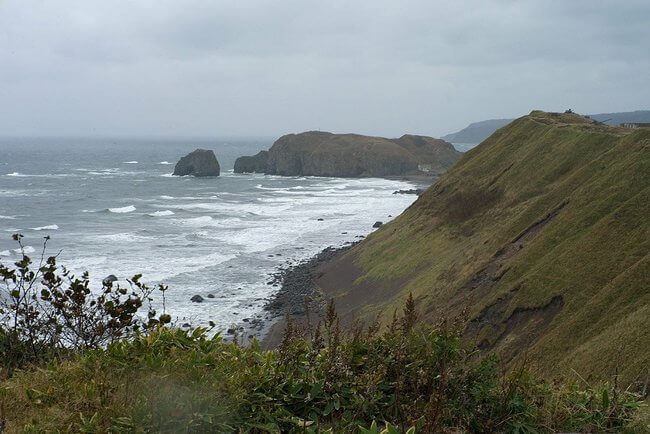 A view from Kunashiri island, one of the disputed islands in the Northern Territories.
Source: Dmitry Medvedev via Wikimedia Commons

On March 22, Prime Minister Fumio Kishida strongly opposed Russia’s announcement that it has no intention to continue a peace treaty negotiation with Japan concerning the disputed Northern Territories, four islands located between Japan and Russia. Russia insisted it is a retaliatory measure against Japan’s economic and other sanctions for its invasion of Ukraine. “The current situation is rooted exclusively in Russia’s invasion of Ukraine,” Kishida said at the Upper House Budget Committee. “It is extremely inappropriate for Russia to try to pass that off onto the Japan-Russia relationship and absolutely cannot be accepted”.

Since The Soviet Union seized the Northern Territories from Japan at the end of World War II, the territorial dispute has hindered Japan and Russia from concluding a peace treaty. Meanwhile, both countries had been working towards improving relations. In 2018, they eventually reaffirmed that they would carry out peace treaty talks based a 1956 joint declaration, which states that two of the four islands would be handed over to Japan with a peace treaty. However, due to the invasion of Ukraine, diplomatic and economic ties between them have soured. Responding to Japan’s severe sanctions, Russia added Japan to its list of “unfriendly countries” on the 7th. Now the negotiations over the islands appear to be off the table.

Japan has also given the usual level of humanitarian aid to Ukraine, such as over $17 million in donations and the acceptance of 188 refugees by the 24th. Ukraine's President Volodymyr Zelenskyj delivered an online speech at the Japanese Diet on the 23rd and praised Japan for being the first Asian country to take action against Russia. He also appealed to Japan for further sanctions on Russia to “restore peace". 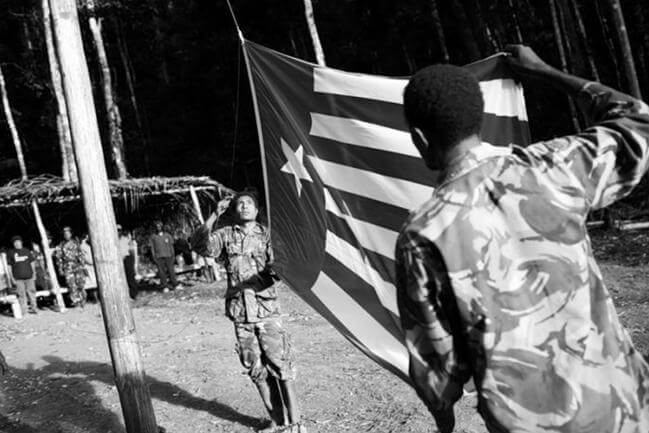 Two government troops were killed with eight others injured by separatist rebels in Papua province during a weekend attack, according to Indonesian authorities. Separatist rebels also claim responsibility for a deadly attack killing eight telecommunications workers in Puncak in early March. The attackers are reported to be the West Papua National Liberation Army (TPNPB in Indonesian-language acronym), which is the military wing of the Free Papua Organization (OPM).

With 141 degrees east longitude as the dividing line, the Western half of the New Guinea island are the Indonesian provinces of Papua and West Papua, where territory has been fiercely fought over between multiple actors. Although a referendum was held in 1969 determining that the Papua area would remain in Indonesia, its legitimacy has been disputed by independence activists, as the referendum involved only about 1,000 people. Since then, separatist rebels have waged insurgencies against Indonesian forces.

Conflicts became severe since an escalation of violence began in December 2018, when separatist fighters killed 16 labourers working on the Trans-Papua highway. Protests continue over Papua as local activists believe Jakarta tends to strengthen its grip over this resource-rich region. In previous statements, the group demanded the Indonesian government halt the gold mine plan in Wabu Block as well as close the giant Grasberg mine operated by the U.S.

Indonesia's government formally designated Papuan separatists as ‘terrorists’ in 2021. The long-standing unrest has resulted in deaths on both sides, dozens of arrests, and the mass displacement of Papuan villagers. Separatist rebels have sought international support while accusing the country's security forces of human rights abuses in counter-insurgency operations. The United Nations was asked to intervene with human rights experts, issuing a statement decrying the Indonesian state’s abuses against indigenous residents in the region, which the Indonesian side has denied. 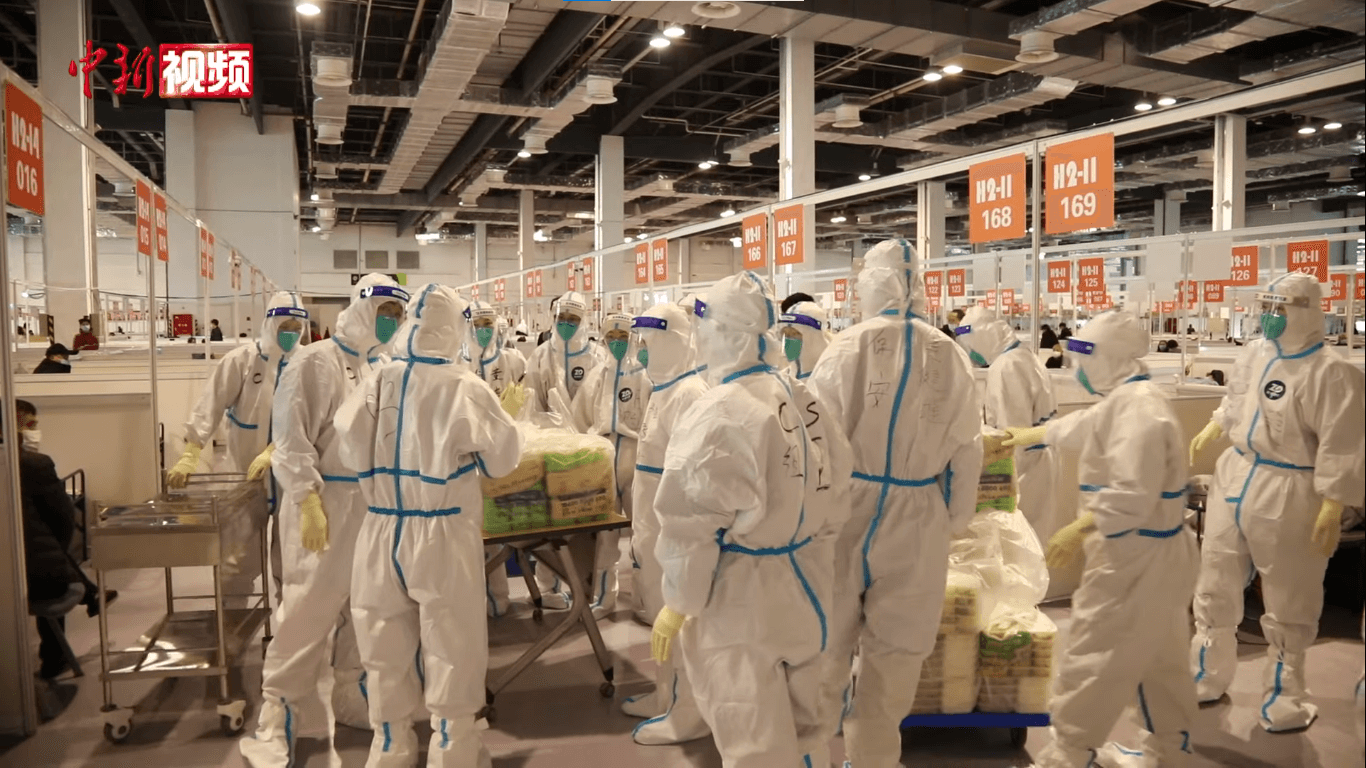 Last month, China began experiencing large COVID-19 clusters spread across the country, becoming the largest outbreak of the virus since the initial pandemic outbreak in Wuhan back in late 2019. However, this time, the infection clusters have been fueled by the spread of the Omicron BA. 2 sub-variant. China’s “zero-COVID” strategy to aggressively combat and contain the virus have resulted in some of the toughest lockdown measures seen by any country, but has also kept alleged cases considerably lower in comparison to other nations around the world.

The most recent outbreak has affected lives of people in large metropolitan areas such as Shenzhen, Guangzhou and Shanghai where major businesses have also been hard-hit. As a result, the risk of disrupting the global economy has increased, which has in turn caused a downturn on financial markets worldwide, especially in China.

The most recent COVID-19 clusters in China are once again testing the limits of the government’s handling of the pandemic and the “zero-COVID” policy. President Xi Jinping has reiterated the importance of extinguishing large outbreaks with justice due for officials incapable of properly addressing them. Furthermore, he has also repeated calls to make sure that local officials are responsible and actively try to minimise the negative economic impacts that arise because of the lockdowns. Change could be on the way, which some officials have hinted at. A few officials have recently expressed desire to stop “relaxed and excessive prevention and control tendencies” and reminded everyone that China’s pandemic strategy “will constantly be refined”.