Confucius Institutes – A Chinese tool for soft power or a scapegoat for the West?

China
May 18, 2022
Confucius Institutes have been discussed in Western media in varying degrees of intensity over the last couple of decades. They have been subject to criticism for being tools of Chinese soft power and have been labeled as a threat to academic and individual freedom in different countries. But what are Confucius Institutes exactly, and how should we address them? 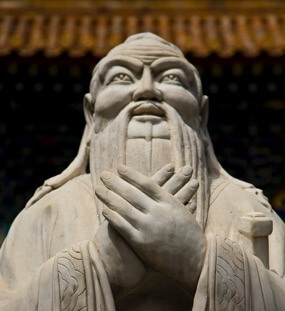 Photo by Charl Durand via Pexels

What are Confucius Institutes?

Confucius Institutes (CI) are non-governmental organizations located at universities and institutions of higher education outside of China aimed at promoting cultural exchange with China and provide Chinese language education. The program began under the Chinese government affiliated Hanban’s organization in 2004 and has since spread across Asia, Europe, Africa, Oceania as well as North and South America. Hanban functioned as part of the Chinese Ministry of Education and negotiated the terms with host universities under which CIs would operate. In 2020, the CI organization was taken over by the Chinese International Education Foundation (CIEF) and is thus formally no longer affiliated with the government, even though some connections may still remain. This will be discussed later on.

CIs provide Chinese language education and often host events focusing on Chinese culture and society, the latter often available to the general public discussing different topics such as literature and cinema. Additionally, they may arrange study tours to China or administer the HSK, which is a standardized Chinese proficiency test used widely both in China and abroad. However, no two CIs will have the exact same program. Why is that?

Under the government affiliated organization of Hanban, CIs received equal funding from the host university as well as Hanban and followed the same policies regarding for example curriculum planning, while areas such as fund management and teacher training and teaching materials may have varied. The host university provided a director and facilities for the institute, effectively including the CIs in the university structure. Hanban provided start-up funding, as well as annual fundings, teaching material and to varying extents teaching staff. Outside of this, agreements between host universities and Hanban have been formed independently, making them non-transparent and thus accounting for differences between CIs.

However, under Hanban, the freedom of Confucius Institutes had been compromised. In 2010, the Chinese minister of propaganda emphasized the need to coordinate propaganda messages domestically and internationally. In 2011, Li Changchun, member of the standing politburo at the time, declared Confucius Institutes part of China’s soft power machine through the expansion of Chinese culture and in turn influence. There have been concerns by both the public and governments that this might have compromised the ability to discuss sensitive topics at the host universities and CIs.

Naturally, this impacted the image of Confucius Institutes. In the West, CIs have been accused of enabling influence from United Front Work. This entails the Chinese Communist Party aiming to influence foreign politics and approach Chinese diasporas to encourage loyalty to the party-state through the department of UFW. Additionally, espionage, exerting political influence and censorship of academic freedom are other threats often brought up by the West, and it cannot be denied that there is substantial proof for some of these allegations. Several institutes have also closed due to related concerns, and there has been quite considerable popular pressure to close down even more CIs in some Western countries.

So, are Confucius Institutes problematic?

Considering all of these investigations and even closing downs of institutes, one could ask why there still are institutes operating. Despite all of the negative press and potential threats towards national safety, the safety of minorities and academic freedom in some countries, there have also been studies in for example the United States that have failed to produce evidence of any illegal activity. As to the question of threats posed to different parts of society and academic freedom, the answer is: it depends. It is not possible to generalize all these institutions, as Western institutions of higher education negotiated the terms with Hanban before the reorganization. Thus, no two institutes are the same, and much of the responsibility lies with the host universities and colleges to provide a framework within which the institute operates.

Since the Chinese International Education Foundation took over responsibility for the Confucius Institutes, the image has shifted more towards cultural and language exchange once again and been depoliticized. However, any registered non-governmental organization in China will still have to adhere to the local political climate and thus cannot be entirely disconnected from the Chinese government. There has also not been any substantial change in the organizational structure, which lead some Western politicians to view this rebrand with skeptical eyes.

Learning to work with Confucius Institutes

In a globalized world with China as a growing economy and political power, it is impossible to avoid China and its influence. While some countries take the path of closing down institutes in order to limit Chinese exposure, others are calling for transparency and framework to prevent any threats to emerge and ensure the safety the public and academic freedom. While it is difficult to say whether the rebranded institutes are as political as the West sees them as we do have to take into account the impact of Sinophobia in these conversations, Confucius Institutes still provide valuable language and culture exchange for students and the general public to learn about China. However, many find it disconcerting to let an organization so closely linked to a foreign government operate inside a seat of higher education.

Jessica has a bachelor's degree in Chinese language and is currently a student in the Asian Studies Master's program at Lund University. Her main interests lie within the intercultural and societal exchange and interaction between the West and China.