The formation of ASEAN and its prospects

ASEAN
December 16, 2022
The history of the ASEAN is rarely known. From the inception to today's problematics, this article proposes to shed light on the South East Asian alliance.

the history of ASEAN

On August 8, 1967, 5 nations met in Bangkok, Thailand, to sign a treaty that enacted the creation of the Association of Southeast Asian Nations (ASEAN). At that time, 5 countries were present: Indonesia, Malaysia, the Philippines, Singapore and Thailand.
The aim of ASEAN was to overcome quarrels between Southeast Asian Nations and foster unity. That meant cooperation in most economic and social spheres and the promotion of regional stability through adherence to the Charter of the United Nations principles.
The five representatives who gathered to sign the ASEAN declaration were Adam Malik of Indonesia, Narciso R. Ramos of the Philippines, Tun Abdul Razak of Malaysia, S. Rajaratnam of Singapore and Thanat Khoman of Thailand. Today they are known as the founding fathers of ASEAN. 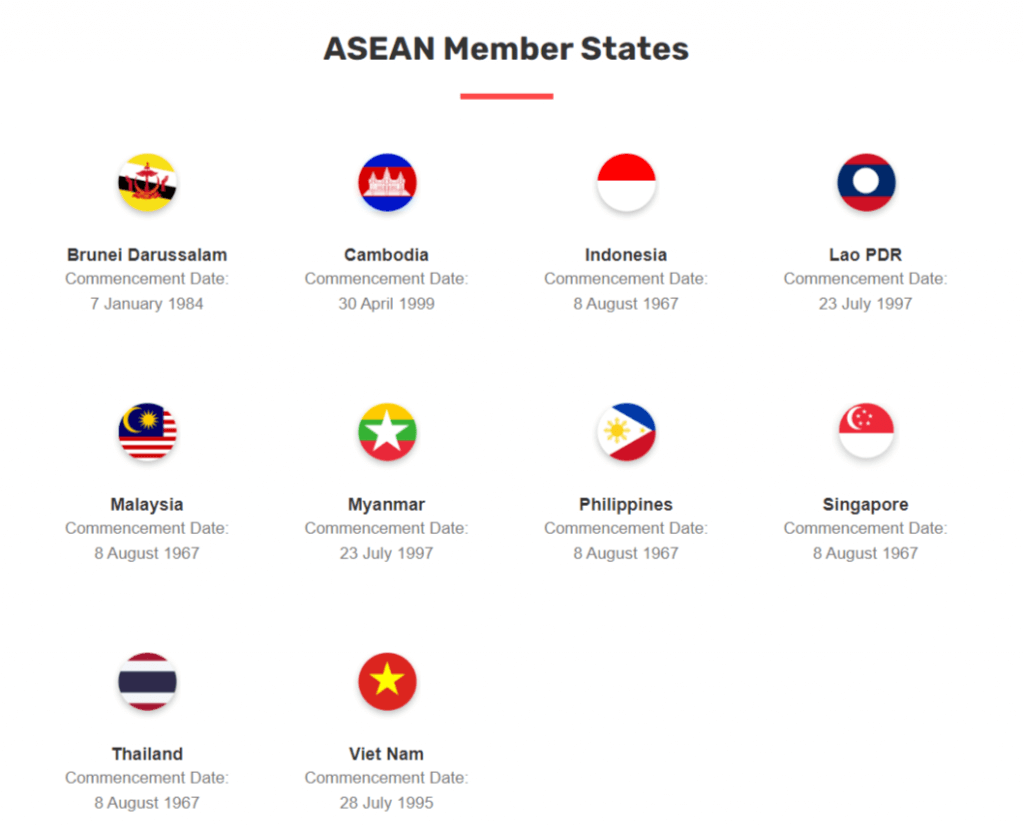 If ASEAN’s spirit had to be described, this quote would show what are the principles behind ASEAN's creation. “It is important that individually and jointly we should create a deep awareness that we cannot survive for long as independent but isolated peoples unless we also think and act together and unless we prove by deeds that we belong to a family of Southeast Asian nations bound together by ties of friendship and goodwill and imbued with our own ideals and aspirations and determined to shape our own destiny,” said Tun Abdul Razak, the former Prime Minister of Malaysia. This statement rings like an announcement to other nations that the time of weak Southeast Asia has come to an end. Nations of the region are ready to collaborate with each other to stop external interference. Whether the latter refers to centuries of European empire’s oppression during colonization or external destabilization like the US during the Vietnam war (1955-1975) for instance.

In contrast to the widest and deepest union of countries today, the European Union, the project behind ASEAN only bolsters cooperation and does not aim in going beyond. This organization was meant to conciliate different countries in the same region to foster mutual understanding and make the countries more efficient together. Whereas, from the beginning the European Union was founded on political issues and aspired to drawing near countries of the region. The main difference is that ASEAN prominently aims at cooperation implying economic and some political alignment whereas the EU is sometimes even understood as a federalist project with the alignment of values and culture of European countries. 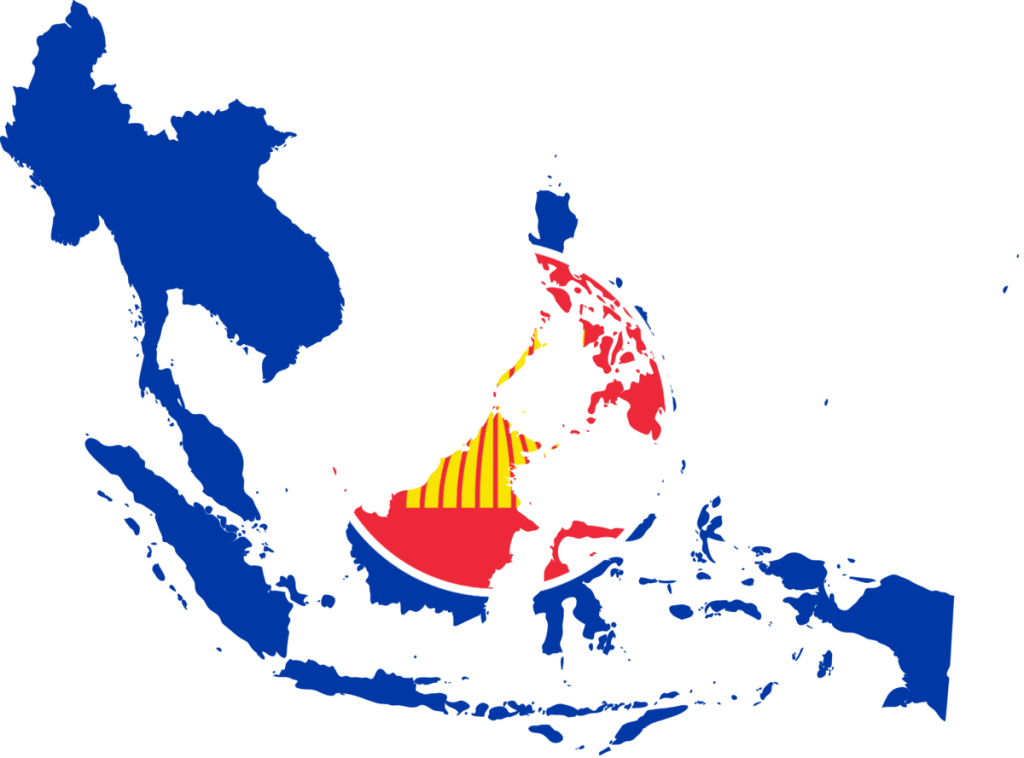 challenges of ASEAN as an organization

In 1992, the countries forming the ASEAN agreed on the creation of a free-trade agreement to foster economic integration between their members. The ASEAN free-trade agreement (AFTA) has 3 main points: to bolster the creation of a single market, to attract foreign direct investment and foster intra-ASEAN trade. This could be achieved through the incremental reduction and elimination of tariffs between members. The Common Effective Preferential Tariffs (CEPT) scheme was implemented to achieve the goals. During the 1997 Asian Financial Crisis, this initiative proved to be a solution to stimulate the member-states economies. Fewer tariffs enhancing trade and overall exchange in the region was one of the factors that helped recover together and tied the ASEAN members closer.

The next step for ASEAN was the implementation of a more integrated framework, the ASEAN Economic Community or AEC. The AEC’s direction pushed for the free movement of goods, services, investment, and skilled laborr and to have a freer flow of capital. On the point of freedom of movement, the ASEAN resembles what the European Union (EU) was at an earlier stage. The difference is that the 1992 Maastricht treaty included the free movement of the people no matter their skills and the free movement of capital as well. Therefore, the ASEAN is blatantly more turned towards economic partnership than comprehensive integration.

On the other hand, we can compare ASEAN to the newly formed USMCA - the direct inheritor of the North America Free Trade Agreement or NAFTA. “The new United States-Mexico-Canada Agreement (USMCA) will support mutually beneficial trade leading to freer markets, fairer trade, and robust economic growth in North America.”
Whereas we saw that ASEAN brought a common agenda to Southeast Asian Countries and is perceived as the ‘Southeast Asian’ block now, the USMCA only serves economic goals led by the US agenda. In the case of ASEAN, a common agenda of peacekeeping in the region through necessary communication, cooperation and mutual policy endorsement make the ASEAN more political. In fact, ASEAN comprises more members with widely different cultures, religions and customs that need to cooperate to have weight on the international scene.
Thus, the challenge for ASEAN to draw near its members is greater and implies the creation of shared interests. Among several others, we can cite global development, not being subsumed under neighbors such as China and India, containing the influence of the US or the settlement of intra-ASEAN members disputes such as sovereignty over natural resources and territory.

In the end, ASEAN is a promising alliance between countries that were deprived of their voices for a long time and united to reassert their position as a globally important region. The task to gather countries that constitute one of the most multi-ethnic and varied regions has been successfully completed. Integration and drawing near countries have also been well implemented and are still going on today. Nonetheless, the challenges are still numerous and conflicts such as the claims of China over the South China Sea with the Paracels and Spratly Islands and the building of artificial islands are huge issues faced by ASEAN member states. Also, the violence perpetuated by the Junta after last year’s military Coup in Myanmar - although it is a top priority for ASEAN members - seems to lead nowhere even after the release of the 5-points consensus calling for the cessation of violence in the country. Therefore, several points are still ahead of the ASEAN cooperation but the member countries will continue to face it together and become stronger. 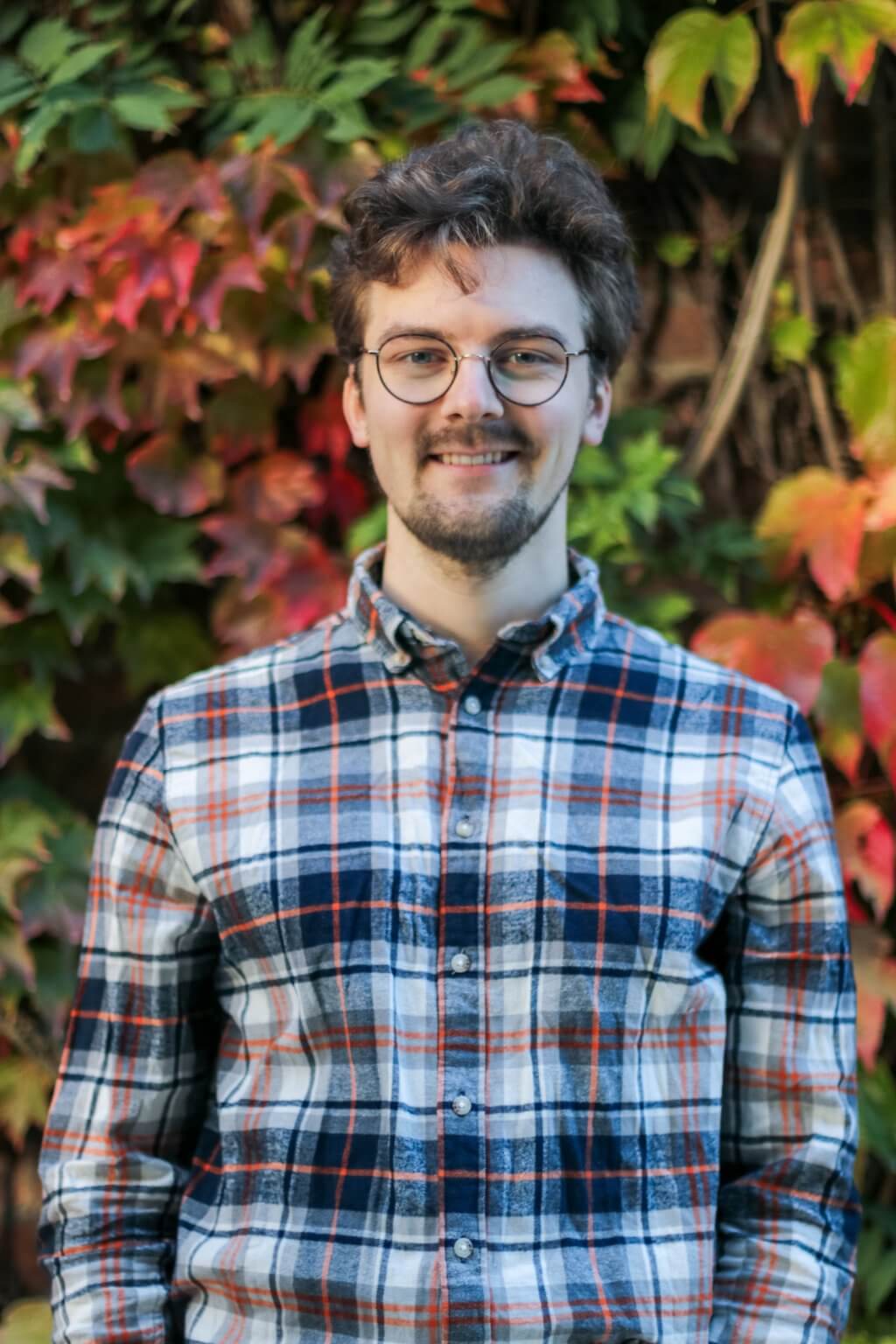 Colin Montier
Colin Montier is a master’s student in Asian Studies at the Centre for East and Southeast Asian Studies, Lund University. He performed a bachelor's in International Relations in Lille, France. His interests lie mostly in East Asia and more specifically Japanese culture, society and language.