Are you sure if it is a K-pop event?

The ‘K’ to the ‘Scam’: when Korean pop music becomes the bait of Christian cults

South Korea
March 15, 2021
Have you ever heard of Gangnam Style or BTS so-called K-pop? K-pop refers to mainstream music of South Korea, and it has enjoyed growing global popularity for the last decade. However, are you aware of the scary fact that K-pop is being misused for a completely different purpose? Something unwanted may approach wearing the mask of K-pop and put you in trouble! Sounds intriguing? Stay Tuned!

K-pop: Part of the Korean Wave

If you are a big fan of K-pop, there is no doubt you must have heard of the Korean Wave, or Hallyu in Korean. Korean Wave means the phenomenon that Korean pop culture, such as TV dramas, films, pop music, fashion, and online games are being widely embraced. According to Dal Yong Jin, an acclaimed media studies scholar from Simon Fraser University, the Korean Wave phenomenon can be divided into two eras: Korean Wave 1.0 (1997–2007) and Korean Wave 2.0 (2008–present). The first Korean Wave was led by a drama-oriented craze among the people of Japan, China, Hong Kong, Taiwan, and other Asian countries. By contrast, Korean Wave 2.0 provides a comprehensive cultural offering including television, film, animation, K-pop, digital games, and smartphones with a wider consumer base that extends beyond Asia. This new Korean Wave is particularly characterized by the global visibility of K-pop. The biggest turning point of K-pop was in 2012, when “Gangnam Style” became the first song ever to reach 1 billion views on Youtube. The popularity of K-pop continued to grow and led to the huge success of BTS on the Billboard charts in 2018. These achievements allowed the Korean Wave to make its way to both the American and the European continents, resulting in increased interest and demand for the learning of Korean language and culture.

Oopsie! They are cult groups in disguise!

Especially with the help of K-pop, Korean Wave has attracted many people’s attention and gained growing popularity around the world. However, it has been repeatedly reported that K-pop is being misused. In particular, some of Korea’s heretical cults who target foreign countries for proselytization utilise elements of the Korean Wave (such as K-pop) as their missionary work strategy. In other words, as denounced by the Korea Times, at least one controversial religious group has been using the international K-pop boom to increase its members. This strategy is analyzed to make it easier to evangelize by using the psychology of K-pop fans who want to learn about Korean culture.
For example, these cult groups create Korean culture events digitally such as Online Korea Camp, luring young and unsuspecting K-pop fans. They also organize Korean language courses, music performances, and dance classes, which would normally seem innocuous enough. However, according to people who have experienced one of these cult groups’ events, in addition to teaching about Korean culture, these online camps hosted a ‘mind lecture’, during which camp leaders began to speak about religion and eventually asked the audience to convert to Christianity.
Furthermore, Global Honorary Reporters initiated by KOREA.NET (a South Korean government agency responsible for providing accurate general information about South Korea) point out that all of these digital events usually require participants to fill out Google Forms, which become a chance for the cult to collect people’s personal information. Such information has been used to form private cult group chats on WhatsApp, LINE, Facebook, and other social media platforms—all under the guise of spreading Korean culture. A lot of K-pop fans in English-speaking countries have been involved in this scam without realizing these events’ aims lie in forming a cult.
To make matters worse, these cults’ missionary K-pop traps are being conducted not only in English, but in a variety of other languages as well. For example, their Instagram accounts are run in languages such as Spanish, Russian, Chinese, Japanese and Turkish. Based on this broad range of language availability, many social media accounts targeted at each country can be found on Instagram and other social media platforms.
Unfortunately, it is exceedingly difficult to distinguish them at the first glance because the name of their organizations sounds very harmless and not at all religious. In many cases, their social media accounts usually use the words ‘Korea’ and ‘official’, which appear to be reliable accounts run by government agencies. Consequently, Global Honorary Reporters released a compilation of fraud cases reported from all over the world on their Instagram Stories Highlights, urging worldwide K-pop fans to stay vigilant. 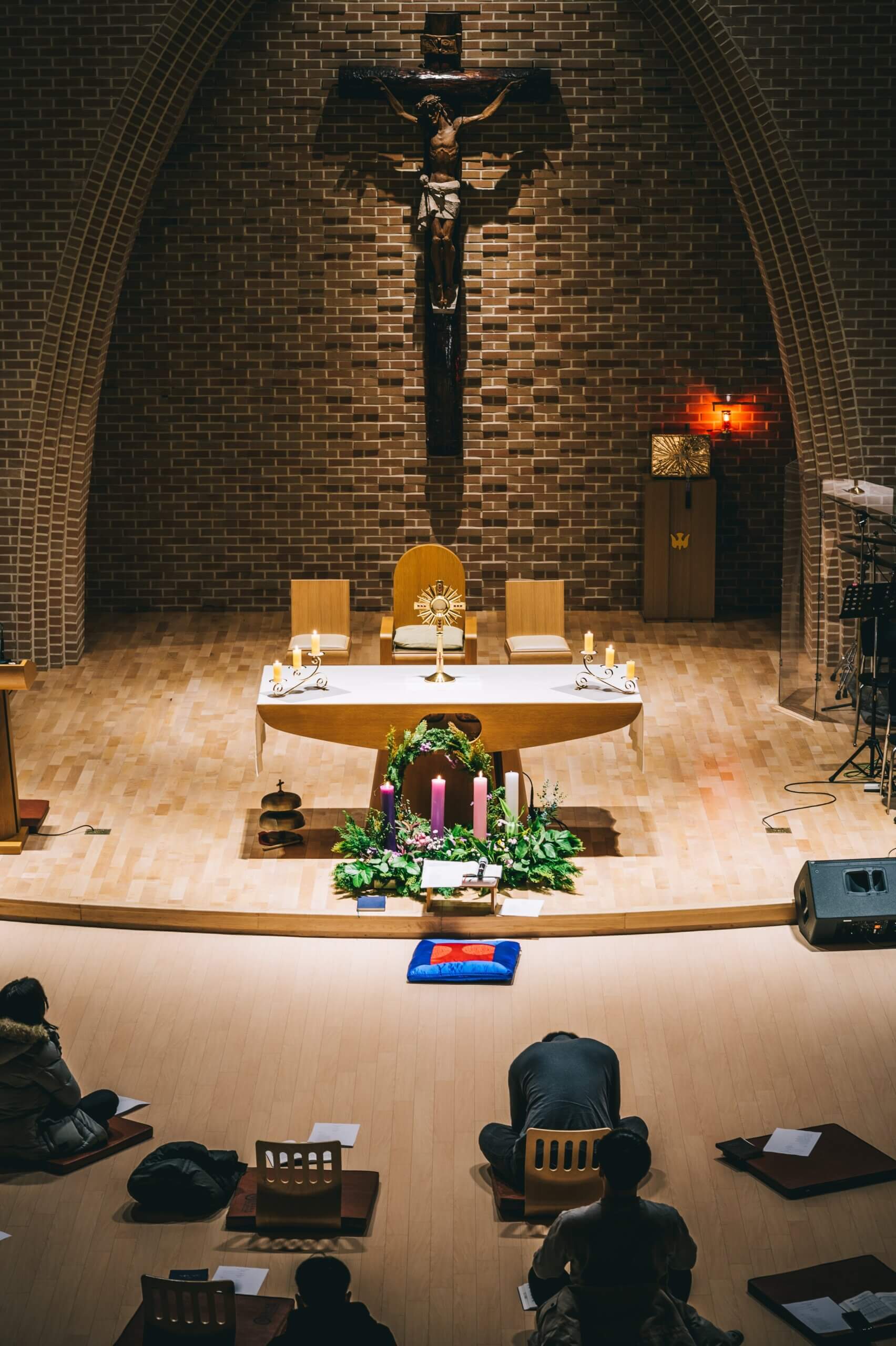 Ceremony in a Catholic church in Yongin, South Korea.
Photo by Bundo Kim on Unsplash.

How to Avoid Getting Lured In?

Not only do such organizations run in various languages, but they also disguise themselves too well, making it difficult to tell whether they are heretical cult groups or not! Does it sound so hopeless that getting scammed seems inevitable? No worries! Here are three tips about how to avoid a K-pop cult scam.
First, if you have any friends who are interested in K-pop and would like to learn Korean culture or language, please share this article immediately. In doing so, you can certainly contribute to preventing further victims and help to keep people from getting scammed.
Second, DO NOT engage with these groups’ content, DO NOT register any Google form and DO NOT join groups who offer free services in the name of Korea without prior verification.
Third, please reference official cultural materials such as those provided by the South Korean government as much as possible. There are lots of government portals of South Korea where you can learn lots about Korea—from culture to language—free of cost. Trustworthy government portals are as follows:
1. Korean Cultural Centre: if you want to know more about Korean Culture, please visit your local Korean Cultural Centre (hereafter, KCC) run by the Ministry of Culture, Sports and Tourism of South Korea. If there is no KCC available in your country or you are unable to visit KCC, please check their social media accounts or their official website.
2. Sejong Institutes: if you want to learn the Korean language, please visit your local Sejong Institutes or access it online, where you can take various e-classes and engage with interactive learning content.
3. Korea Tourism Association: if you want to explore travel information of South Korea, please go to its official website, VisitKorea. The website is available in 15 languages in total. You can also follow its social media accounts as well, which are available in each country. These accounts will keep you updated on where to visit, what to eat, what to experience in Korea almost every day!
4. KOREA.NET: lastly, if you want to get familiar with a wide and variety of Korean issues, please visit the KOREA.NET website which covers politics, economy, society, and culture in South Korea.
These reliable governmental portals will give you access to all information that you are looking for and certainly will help you stay away from the scam. In light of this interesting yet dangerous K-pop cult scam, there are two Korean proverbs good to keep in mind. First, all Korean Wave consumer should be aware of ‘두부 먹다 이 빠진다 (du-bu meog-da i-ppa-jin-da)’. Literally, you could lose your teeth while eating tofu, which implies staying alert because unexpected incidents could happen out of something that you feel relieved about. In this sense, secondly, you had better do ‘돌다리도 두드려 보고 건너라 (dol-da-li-do du-deulyeo bo-go geon-neo-la)’, which means that you have to knock the stones even before you cross the stone bridge. This indicates it is important to pay close attention to things even if you know them well. A similar proverb in English is ‘Look before you leap’. To sum up, please stay alert and vigilant from this k-pop scam, and enjoy Korean culture safely. 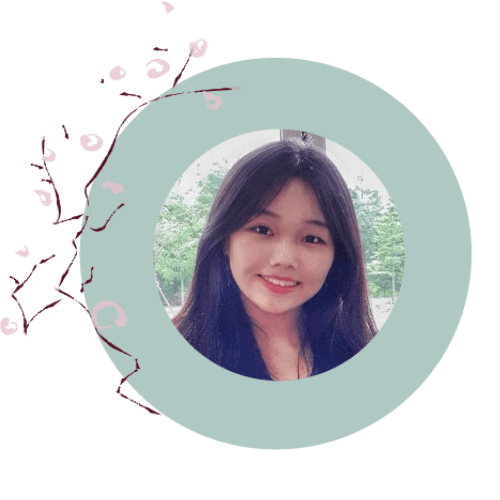 Hyunhwoe Jo (Daisy)
Hyunhwoe is currently based in Lund to pursue a MSc in Tourism Development and Culture, which has enriched her cosmopolitan experiences of studying and working abroad. She considers the world her home, without forgetting her origins: she is indeed deeply passionate about Korean culture, which she tries to promote through the organisation of cultural events.