Remembering Fukushima: if only radiation had color

Japan
March 11, 2021
Ten years have passed since Japan’s triple disaster: a 9.1 magnitude earthquake, 10-meter-plus high tsunami waves, and level 7 meltdowns of three nuclear reactors at Fukushima Daiichi Nuclear Power Plant. The immediate outcome was catastrophic, and many people’s lives are still affected. Once more, art has proven its therapeutic effect by offering people a space to mourn, to cry, to revolt, and finally, to hope. 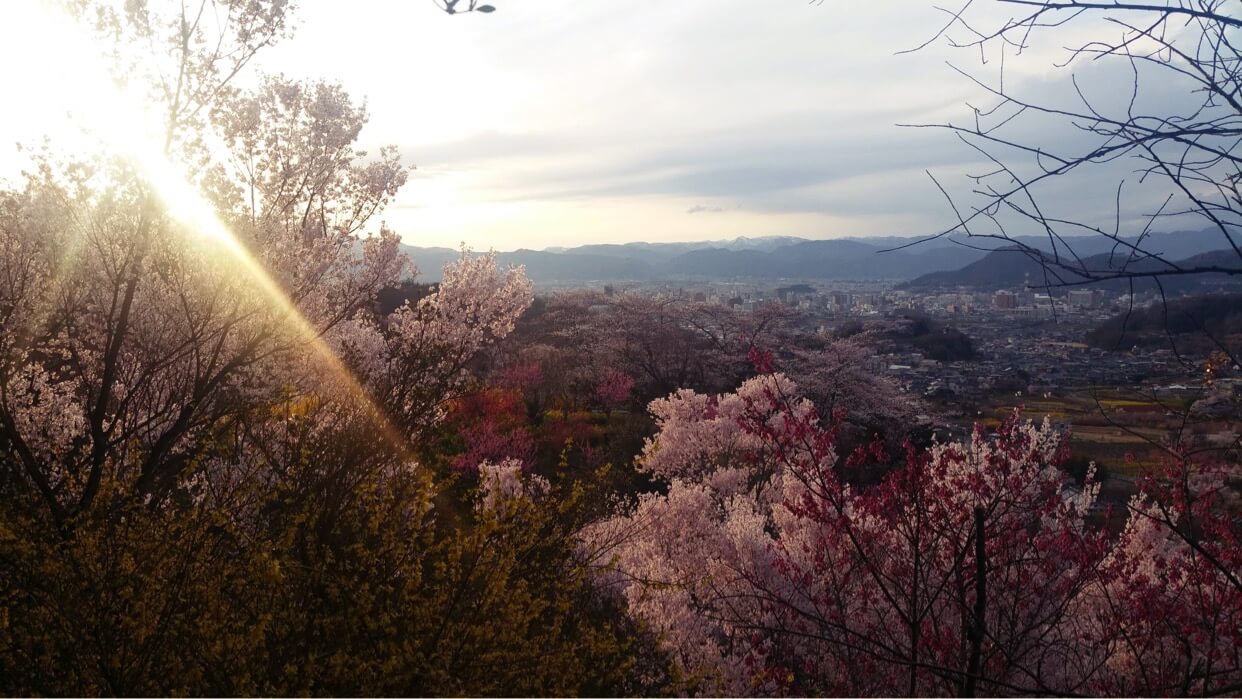 View over Fukushima city (2019).
Source: Photo taken by Hüseyin Cavlar
March 11th, 2011: a 9.1 magnitude earthquake struck the northeast coast of Japan. It triggered a tsunami that not only wiped out entire settlements along the coast, but also hit the Fukushima Daiichi Nuclear Power Plant, causing the world’s worst nuclear disaster since Chernobyl.
Immediately after the disaster, art, in one of its simplest forms, made its presence known in the form of photos and video clips that appeared on television, in newspapers, and on the internet. It evoked a destroyed and grieving community, left with missing family members and without homes or hope by a disaster that no one could anticipate, and that no one had solutions to. It evoked the powerlessness of humankind, of science and technology in the face of the disaster.
The events elicited immediate reaction from all over the world in many different shapes and forms. Artists, for example, responded by creating either works that were meant to facilitate the grieving process, to provide a site of mourning and reflection, or works that emphasised the damage, the pain and the sense of hopelessness. One example in this sense is Nobuyoshi Araki, who slashed negatives of photos taken around that period using scissors in an attempt to indicate the wounds that the tragedy had left—wounds that would always be present from that moment on. In his 2013 acrylic drawing ‘Meltdown’, which is inspired by Miyazaki’s ‘Howl’s Moving Castle’ (2004), Ikeda Manabu depicts an environmentalist message about the danger of nuclear power and humankind’s predisposition to destroy nature. By juxtaposing a grey industrial complex referring to the ‘visible’ symbol of the nuclear accident, namely the power plant, with a pure natural environment made of green forests and a blue sea, the artist conveys the alarming idea of an industrial world that contaminates nature. 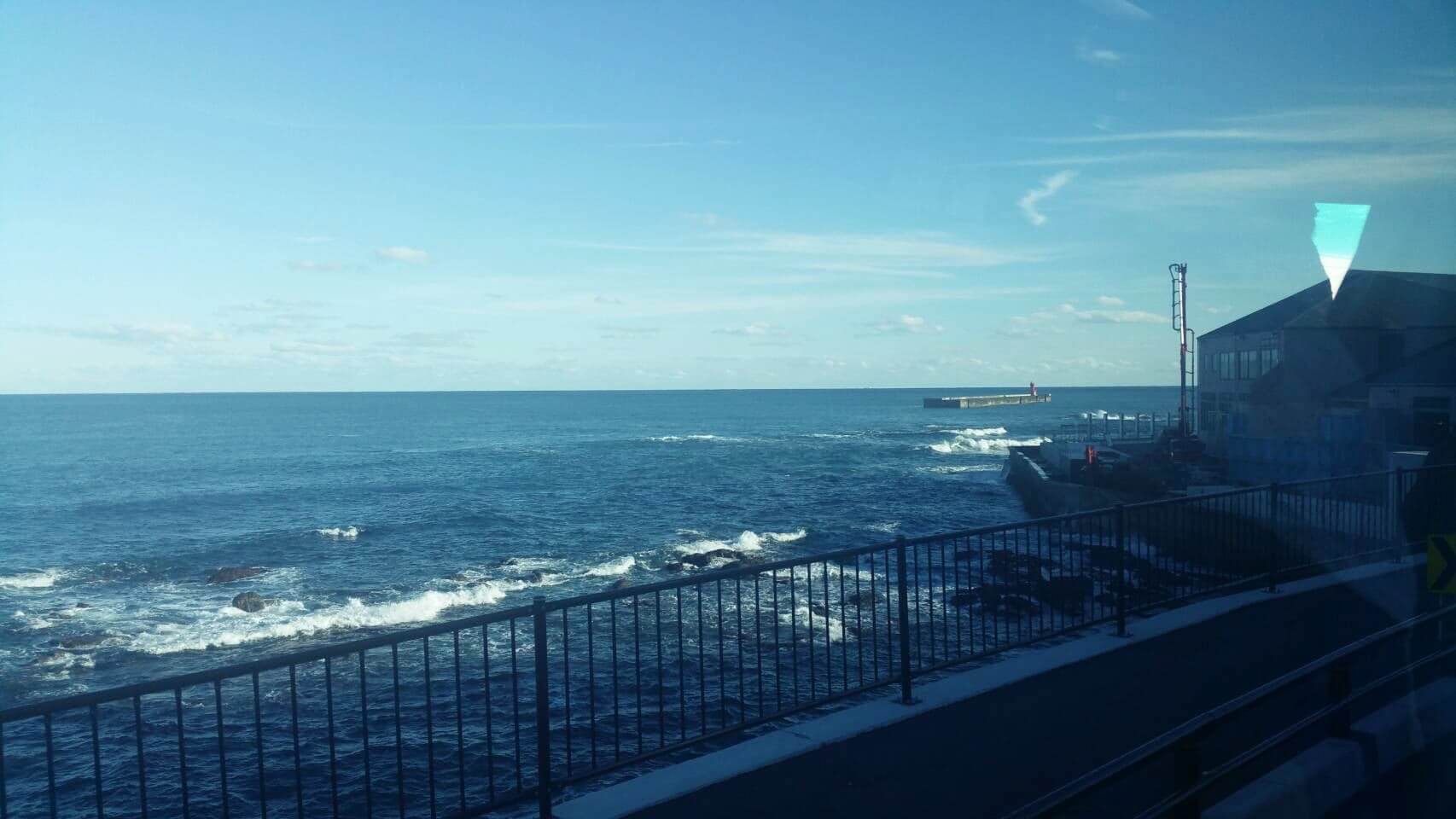 Hirono, Futaba-Gun (2017)
Source: Author's photo
Another powerful example is artist Kota Takeuchi’s ‘Finger Pointing Worker’. As he was working at the Fukushima Daiichi Power Plant during summer 2011, Takeuchi exhibited a video that captured an ‘anonymous’ person in a full-body protective suit entering the frame of a live-feed camera installed by TEPCO. He simply pointed his finger towards the camera and held it for about 20 minutes. The message has been interpreted from a variety of perspectives, and some have focused the debate on the decision to hide his identity as a way to draw attention to everyone’s sense of responsibility. However, probably a simpler and yet more powerful message was that the persistently accusatory finger was pointed at the Tokyo Electric Power Company who ran the power plant, the government, the media, or maybe at all of us for our lack of contribution.
Closely related to the idea of individual participation there is Ei and Tomo Arakawa’s work, which reminds the viewer about Fukushima in a different way. They decided to focus on the post-3/11 reconstruction process and the enormous challenges that remain. Their performance-based installation ‘Does This Soup Taste Ambivalent?’ implied serving visitors soup made from vegetables grown in Iwaki, a city located in Fukushima Prefecture. Even though the ingredients were certified as safe by the Japanese Farmers Association, the soup implied a conceptual threat of being radioactive. By doing so, the two brothers did not necessarily intend to certify and promote the safety of the region, but rather to trigger the participants’ thoughts and consideration of how much they are involved in the prefecture’s recovery, and how much they are prepared to risk in order to support the region. 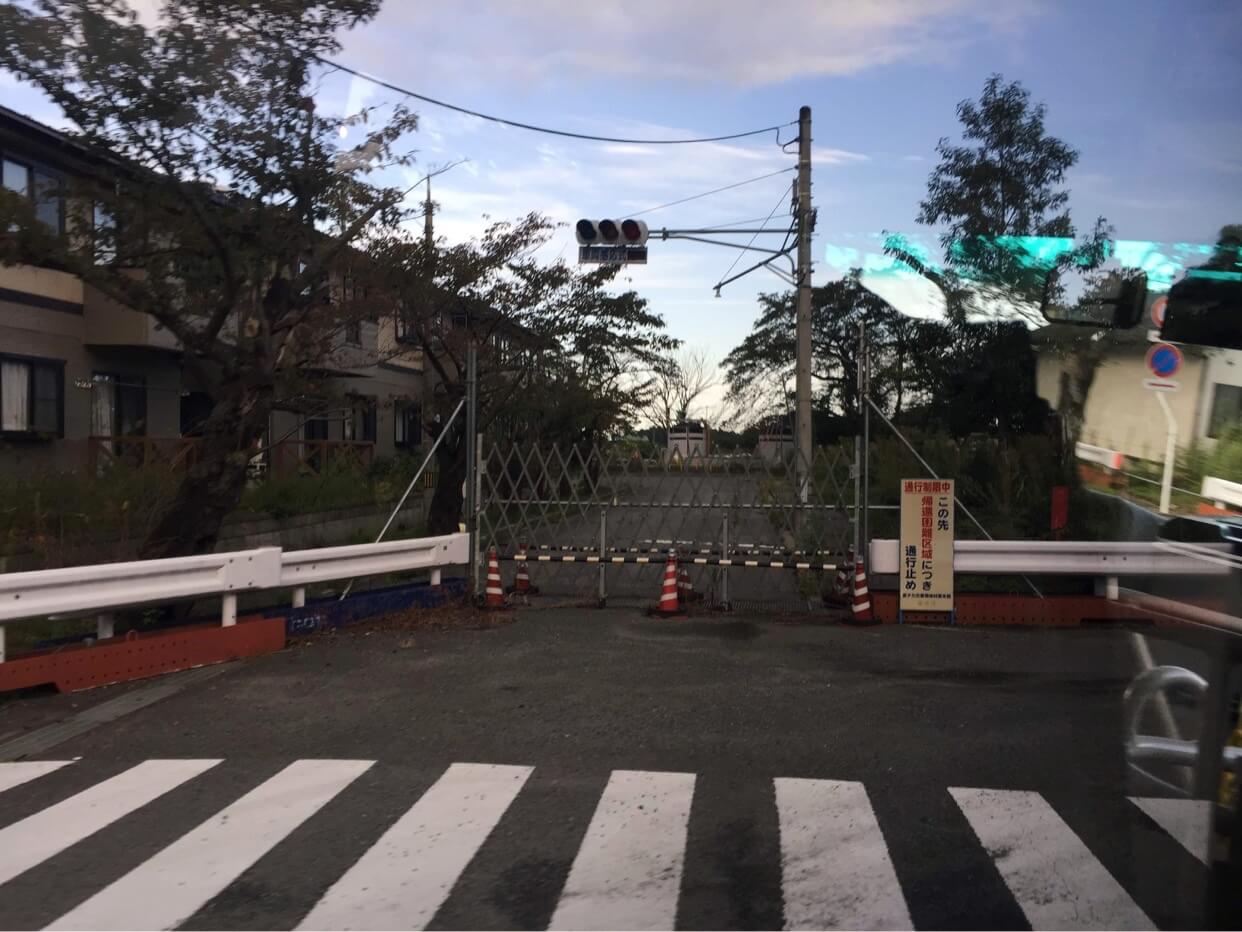 Futaba exclusion zone (2017).
Source: Photo taken by Anca Stanciu
Another impressive artistic reaction to the Fukushima accident is the six-person art collective Chim↑Pom contribution. They added to Okamoto Tarō’s 'Myth of Tomorrow', which depicts the tragedy of Nagasaki and Hiroshima, an image of the Fukushima Power Plant. As the mural is displayed at Tokyo’s Shibuya station, many passersby thought at first that Tarō’s painting had predicted the disaster.
This was followed by the famous project ‘Don’t Follow the Wind’. It was initiated by Chim↑Pom and represented a collaboration of 12 artists. Its name has a clear reference to the direction of the wind on March 11th, which helped to spread radioactive substances from the Fukushima power plant to other parts of the region. Starting from a simple click on their website, one can understand that the project was conceived as one of the most inaccessible art exhibitions in the world. In other words, as various artworks were installed within the exclusion zone, the entire project took on a new meaning, much different from what an art exhibition looks in the traditional sense. The exhibition, similarly to Fukushima’s radiation, is invisible. Even so, this does not mean that it doesn’t exist and that its impact should be ignored. Two representative examples from the project are Ahmet Öğüt’s ‘Once Upon a Time Breathing Apparatus for Breathable Air’, and Ai Weiwei’s ‘A Ray of Hope’. The former presents a Level A hazmat suit that incorporates pieces of centuries-old samurai armour, creating ‘a suit of armor for the nuclear age’. The latter is made of a solar panel installed on the roof of a farmhouse that powers two light bulbs inside the house. This allows the house to be illuminated for a few hours every morning and every night. As there is no electricity in the area due to the disaster’s aftermath, the house is the only place where light could be seen, almost as a ‘ray of hope’ in the dark, or as a reminder of the life that used to thrive there.
On a different note, when photographer Moises Saman visited the exclusion zone in 2017, he was impressed by nature’s power of rejuvenation and decided to explore ‘what happens when human presence no longer affects the landscape’. Nature started to take over buildings, cars, everything that was in the way—transforming them into ‘relics of a former time’. His black-and-white photographs serve as a tool to make the viewers reflect on the cycles of life and on our fragility, powerlessness, and vulnerability in the face of nature. 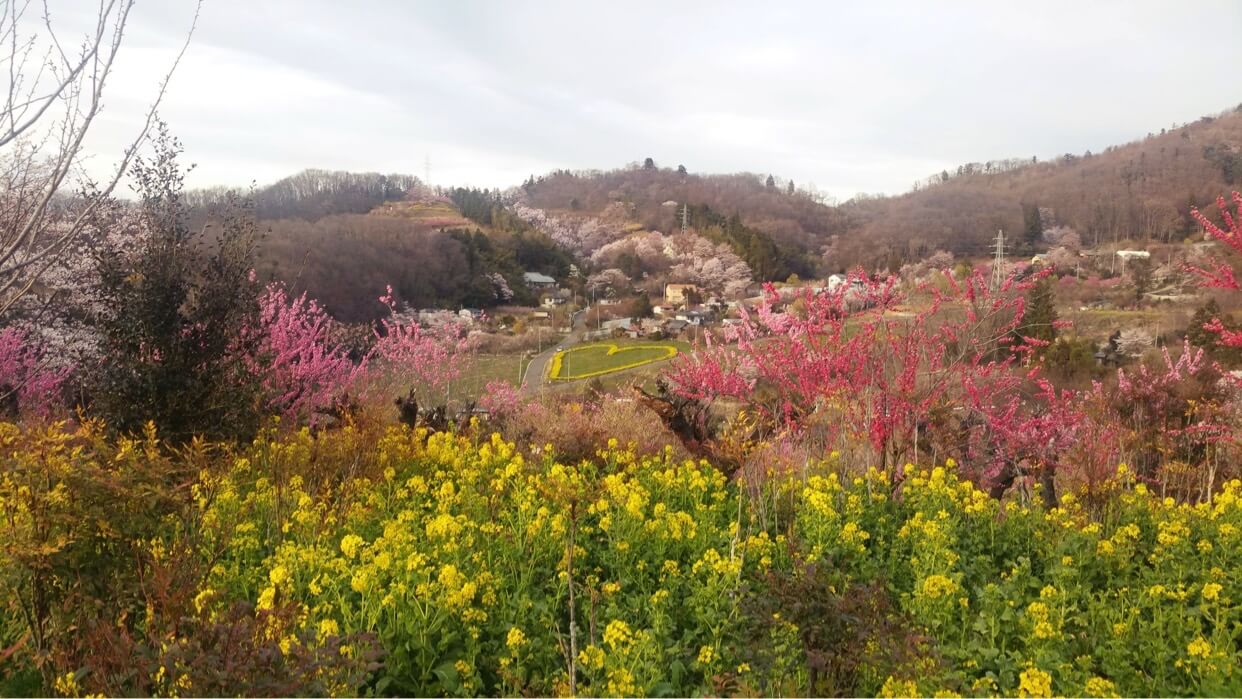 Hanamiyama park, Fukushima (2019).
Source: Photo taken by Hüseyin Cavlar
Finally, in March 2020, Futaba municipality, one of the closest areas to the power plant, reopened to visitors. Japanese artists Over Alls considered that graffiti art could be a unique way to revitalise the town while paying tribute to those affected by the disaster. One example is a piece of stencil graffiti on a wall outside of Futaba Station. It shows Romeo and Juliet, both wearing masks, trying to reach out to each other. Besides, the balcony where Juliet stands is actually a graph that statistically indicates the constantly decreasing radiation levels since 2011. A final example of how art positions itself with respect to the Fukushima tragedy is a mural featuring the ‘mother of Futaba’, a local who worked at a restaurant in town and was known for her bright red hair. Futaba Art District is, however, an ongoing project that will result in more murals in the near future.
Art after Fukushima can be summarised as a transition from bold and raw messages that evoke trauma, pain, tragedy, restlessness, repulsion, to a more reflective stance on what happened and on how to proceed with the reconstruction. Vague signs of hope are sketched out, but fear and distrust are still strong within everybody’s memory. Finally, with the gradual reopening of cities around the disaster zone, one can observe a brighter reaction in art too, focusing on acceptance and reconstruction efforts.