China, Japan, Myanmar, North Korea, South Korea
March 1, 2021
Gaffes and gender inequality in Japan, ongoing political unrest in Myanmar, Clubhouse in China. And there is more: turnover at the WTO leadership and an eminent debate on economic recession in North Korea. 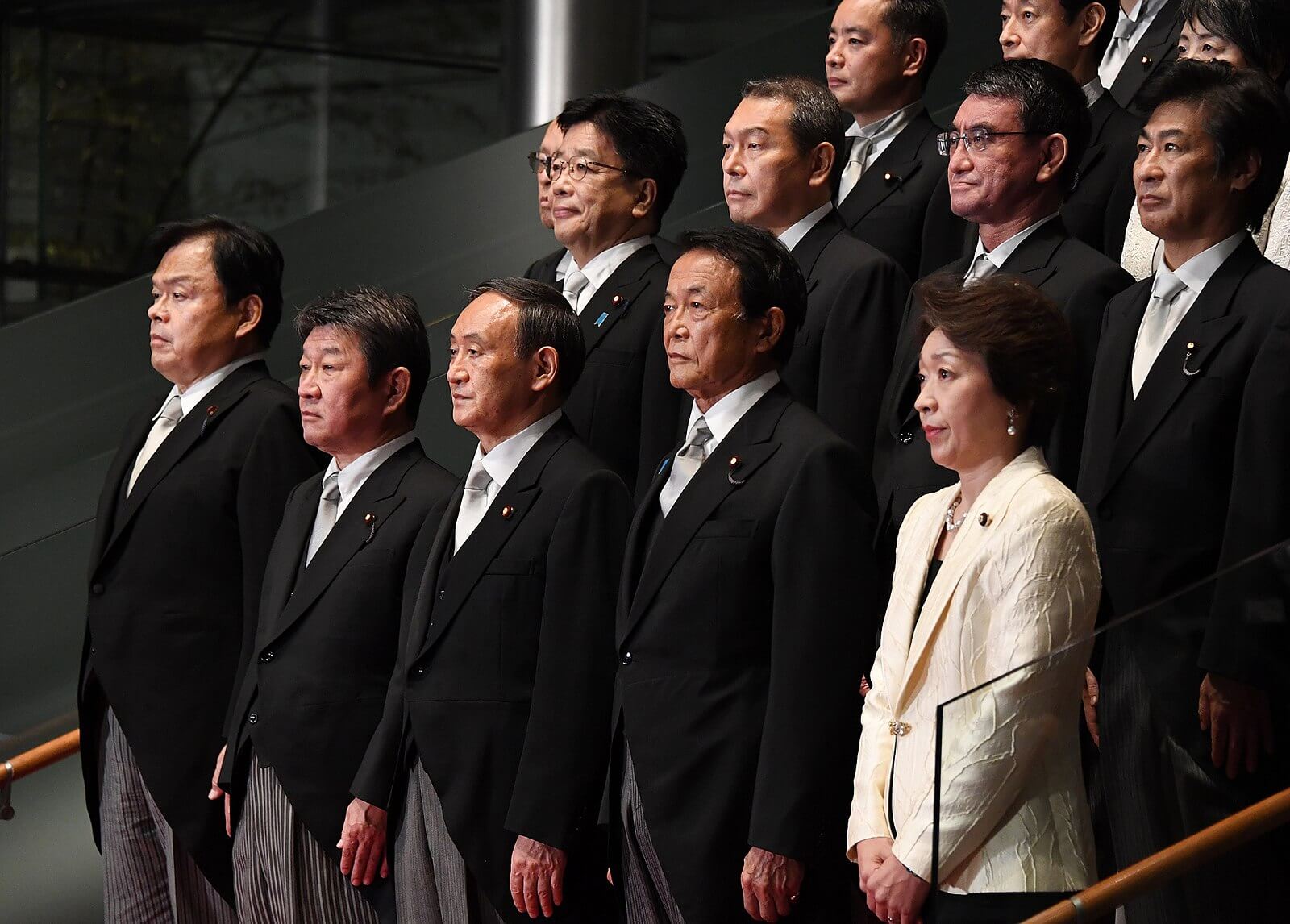 February saw the appointment of Seiko Hashimoto, 56, as the president of the Tokyo 2020 Olympics Organizing Committee. This comes after Japan’s dismal record on gender parity once again reared its ugly head, this time in the form of sexist commentary from the previous Committee President and former prime minister of Japan, Yoshiro Mori.
On a February 3 online-streamed Committee meeting, Mori, 83, remarked that, “[o]n boards with a lot of women, the board meetings take so much time. [...] You have to regulate speaking time to some extent. Or else we’ll never be able to finish.” The comments were in response to a question regarding the Committee’s 2019 goal of increasing the number of women board members to over 40 percent. “We have about seven women at the organising committee, but everyone understands their place,” he said.
Reverberations soon began to resound. Social media users called for his resignation. An Olympic torch-bearer rescinded his participation. Japanese tennis prodigy Naomi Osaka called Mori’s comments “really ignorant”, while the International Olympic Committee (IOC) deemed them “absolutely inappropriate”.
Despite initially sidestepping demands for his resignation, Mori eventually stepped down as Committee president. This too, however, was not without scandal. It came to light that another octogenarian and the previous chairman of the Japan Football Association, Saburo Kawabuchi, had been personally chosen by Mori—in direct contradiction of existing protocol on the election of Committee board members—as the next president. This too was swiftly lambasted by the public, and by February 18, with the public rife with discourse concerning domestic gender equality issues, Seiko Hashimoto was fulfilling the role of Committee President. A former speed-skating and track-cycling Olympian herself, Hashimoto was already working as State Minister for the Tokyo Olympic and Paralympic Games at the time of her appointment. She is, however, not without her own baggage: in 2014, she was accused of sexually harassing a male figure skater during her tenure as head of the Japan Skating Association.
With public opposition to the Games pegged around 60% and a new COVID-19 strain making its appearance in Tokyo, Hashimoto has her work toward a successful Summer Games cut out for her.

Since February 1st, the Tatmadaw (Burmese military) has been met with large-scale civil disobedience movements and demonstrations. Hundreds of thousands of people have gathered, making it the largest protest in the country since 2007. Citizens protesting for a return to democracy have been met with brutal police crackdowns. By now, over 500 hundred have been arrested, in the protest on the February 28th at least 18 people were killed, while in previous demonstrations four people have been killed and hundreds are severely injured. In addition, the situation between pro-democracy and pro-military protesters have turned violent. The UN Special Rapporteur on the situation of human rights in Myanmar, Tom Andrews, has warned that greater violence may occur and has urged the international community to condemn the coup. Aung San Suu Kyi and most of the leaders of the National League for Democracy remain detained and their promised release continues to be postponed.
The International Response has been manifold. The G7 (Japan, Canada, Germany, Italy, the UK and the US) have called for the military to step down. The US and the UK have implemented sanctions against military officials at the same time that the EU is currently preparing to impose sanctions. China, on the other hand, vetoed a UN security statement condemning the coup. Myanmar's most important neighbour is not, however, happy with the developments, backing a statement calling for the release of Aung San Suu Kyi. ASEAN, the Association of Southeast Asian States, of which Myanmar is a member, is struggling with a unified response due to their mutual non-interference agreement. Cambodia, Vietnam and Thailand, the latter of which is preparing for an influx of refugees over their shared border, all refuse to condemn the military take over, citing the incident as an “internal affair”. Thailand, due to their own military government, is particularly unlikely to comment on the coup. Singapore has voiced grave concerns, while Indonesia has been trying to find a solution to the conflict.
Since the coup, Internet access has been curbed. Many citizens have been circumventing this with the use of VPNs. Facebook, the most important internet platform for Burmese, and its subsidiary Instagram have banned the military. In addition, journalists reporting on the protest have been arrested and injured by police forces.

After enabling unusually open discussion about otherwise highly regulated sociocultural and political issues, access to the globally trending app Clubhouse has been blocked in China since the evening of February 8. As previously discussed on platforms like Weibo, its user base had only been waiting for this to happen.
Despite the app being around since March 2020, the audio chat app Clubhouse only went through the roof after Tesla founder Elon Musk had an (apparently very appealing) conversation with Robinhood CEO Vlad Tenev. Shortly after local media reported on Musk's talk, the app experienced a surge in popularity in China. Invite codes became hot items on Alibaba’s e-commerce sites Idle Fish, Yianyu and Taobao, where they were sold for 150 – 400 yuan (around 19-50€). Clubhouse’s core value lay in enabling discussions on topics such as the treatment of Uyghurs in Xinjiang, the Hong Kong protests or the political situation of Taiwan between (non-)mainland Chinese, ethnic minorities and interested parties from abroad.
Chinese media dismissed conversations as false and biased, while direct commenting on the shutdown by the government was avoided later on. Some truth may lay in the conversations’ bias, since many participants were dissident-leaning, and the invite-only function of the app tends to foster ‘opinion bubbles’. Still, there are hardly any spaces in China for such conversations to happen under other circumstances. At the same time, numerous talks evolved on the app around lighter topics such as lifestyle or technology.
At present, the app can still be accessed via Virtual Private Networks (VPNs). However, the risk of being caught might discourage many from doing so. Since the app’s shutdown, Chinese imitations are in the pipeline of more than 100 software teams. The most prominent ones are TWO, developed by Chinese tech entrepreneur Justin Sun, and Now, developed by internet startup Tianjin Xiaochuan Technology Co. Ltd. The currently trending Duihuaba by Hong Kong’s live-streaming firm Inke Ltd. has been taken out of app stores again, with its developers announcing it needed improvement. 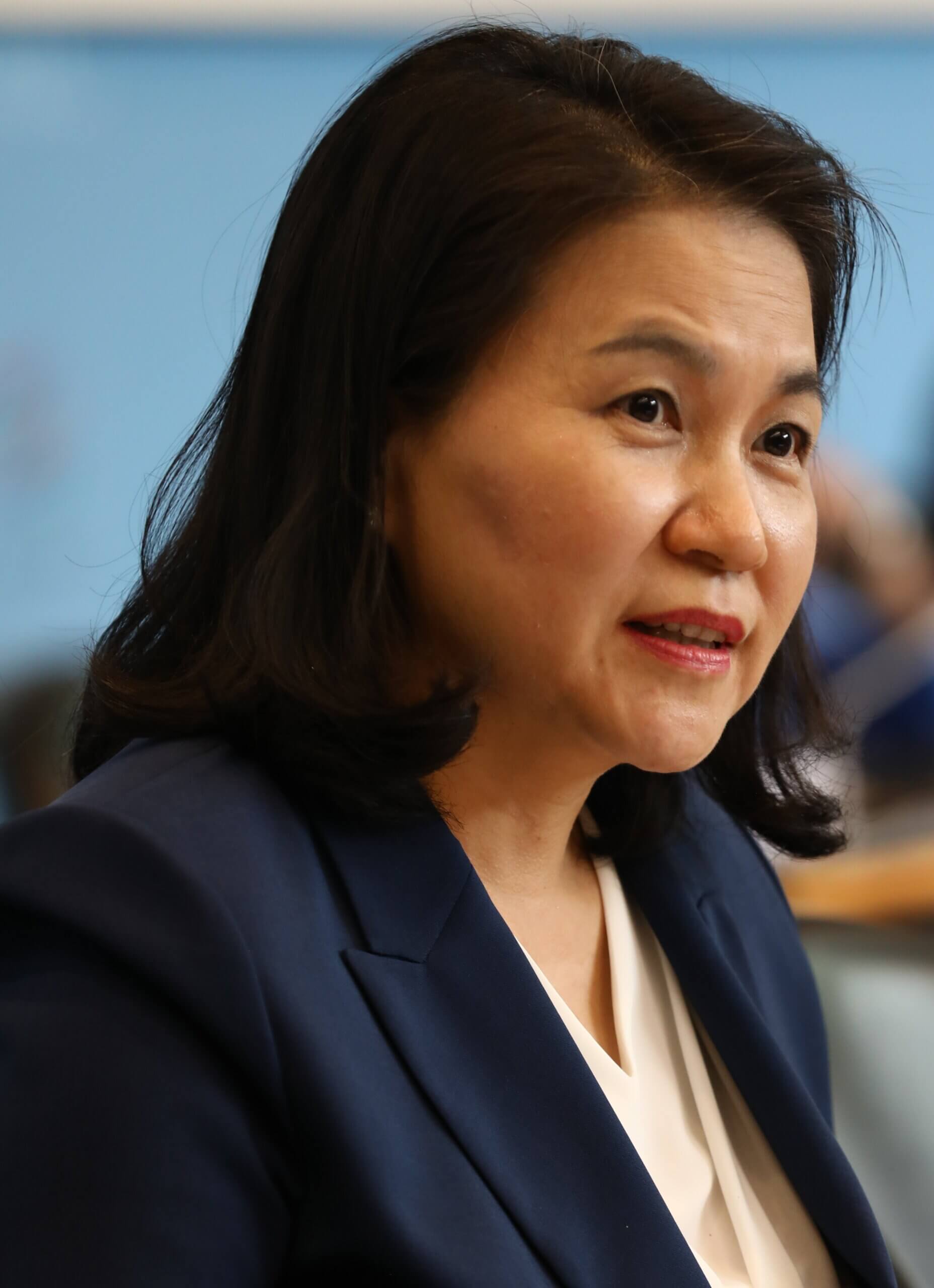 The diplomatic stalemate over the chief position at the World Trade Organization (WTO) was finally broken on February 5 when the Korean candidate Yoo Myung-Hee, Seoul’s current trade Minister, withdrew her candidacy for the position of director general after months of pressure. On February 15, the former Nigerian Finance Minister Ngozi Okonjo-Iweala set two records, becoming both the first female and the first African person to be appointed to the top position.
After Robert Azevêdo’s unexpected announcement last May of his resignation as the head of the organization—effective at the end of August—the WTO fell into a critical impasse, being left leaderless for over five months. As the selection process can become quite laborious given that unanimous consensus among all member-states is required, the national delegations often spend months in informal talks and negotiations so as to reach a common agreement. But this time, when Okonjo-Iweala’s candidacy was put forward at a special council meeting in November, the United States, on the grounds that Okonjo-Iweala was too close to China, blocked her candidacy and supported the Korean candidate. This provoked some resistance from Japan, which feared that Yoo’s appointment might turn unfavourable to Tokyo in light of the ongoing trade dispute between the two East-Asian countries.
Despite great national support for Yoo’s candidacy to the position, when it became clear that the Biden administration would shift its support to Okonjo-Iweala, Yoo withdrew her candidacy and exited the race. In an era of renewed protectionism and fierce trade disputes, the WTO’s effectiveness has been often put under scrutiny, as the organization has failed to reach some of its targets and has often given in to national pressures. A staunch champion of trade multilateralism, Okonjo-Iweala will face some deep-seated challenges from the first days of her tenure.

In January Victor Cha, author of the book “The Impossible State: North Korea”, wrote an opinionated piece for the Washington Post in which he claimed that Joe Biden’s administration should be aware that they will face many issues regarding North Korea.
Cha’s claims included that Kim Jong-un had made it clear during the Workers’ Party Congress that denuclearization was not a possibility for Biden’s administration. North Korea’s economy, due to the country closing their borders amidst the pandemic, was on the verge of collapse, even likening the economic situation to the Great Famine in the 1990s. Because of the pandemic, North Korea is having issues obtaining the vaccines from neighbouring countries. Furthermore, Cha stated that the situation might lead North Korea to take control of the growing private markets inside the country, using a variety of anti-market activities such as market shutdowns or currency reform.
Sang Ki Kim and Eun-ju Choi at North Korea–focused news outlet 38 North, however, did not agree and rebutted some of Cha’s claims. They argued that because North Korea’s position is always conditional, denuclearization might still be a possibility. They also did not agree with Cha’s economic analysis. According to them, the North Korean economy might not develop because of the current situation and the strong sanctions in place, but it is highly unlikely that it will collapse since the country has already developed internal conditions for survival. When it came to Cha’s claims regarding the vaccine situation in North Korea, Kim and Choi claimed that he was merely speculating, and that according to their research China had already secured North Korea with hundreds of thousands of vaccines. Lastly, Kim and Choi did not think that the North Korean government would engage in anti-market activities unless some serious abnormal symptoms sprung up.