Japan, Myanmar, North Korea, Singapore
April 5, 2021
Here comes our March round-up: violent crackdown on protesters in Myanmar, sprees of violence against Asian-American communities and military threats from the Korean peninsula. But that's not all: scepticism over the Olympics in Japan and civil activism in Singapore. 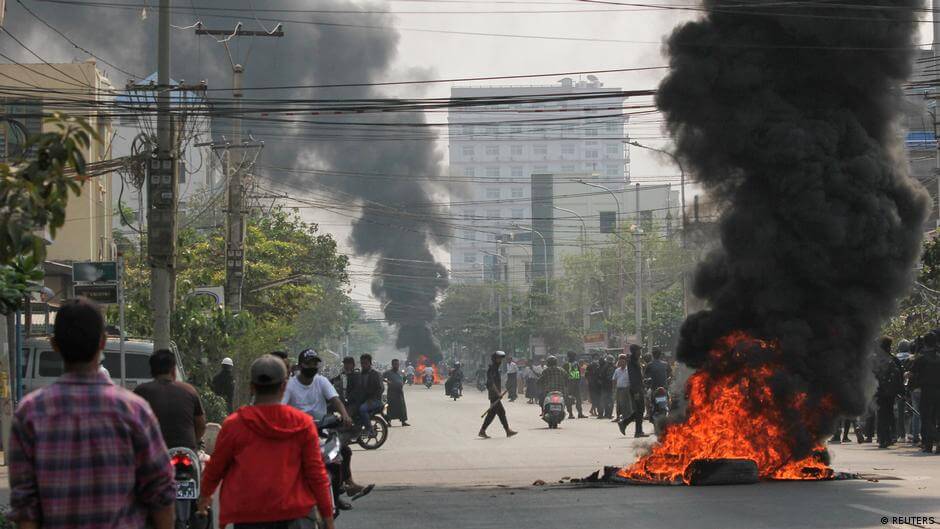 Protesters run away from the crackdown in Myanmar. As protests continue, the military's reaction has become lethal.
Source: Reuters

In the second month since Myanmar’s military coup, the reaction towards the protests have turned lethal, with over 500 civilians having been killed. In order to stop the ongoing protest movements, the security forces have taken to heavy calibre. March 26 marked the deadliest day, with 114 killed during a protest held simultaneously to a military parade. With the deaths of at least 43 minors, the youngest only 2, Myanmar has become a place no longer safe for children. This has led to international outcry as well as national criticism, in particular since many of the children have been killed in the safety of their homes. Thousands are trying to flee the country into neighbouring Thailand and India, rising concerns of extreme influxes of refugees.
Due to the ongoing severity of the situation, several countries have hardened their stances against the military junta. The UK and the US have implemented sanctions against military conglomerates. However, eight countries, including China and Russia, have sent representatives to the military parade. China’s and Russia’s support for the military are particularly noteworthy, as the two countries each hold veto power in the UN security council. ASEAN (Association of South East Asian Affairs) remains constrained by its non-interference policy. The association, however, has been backed in all efforts to stabilise the situation in the country by China. Fear is great that Myanmar might fall into civil war. 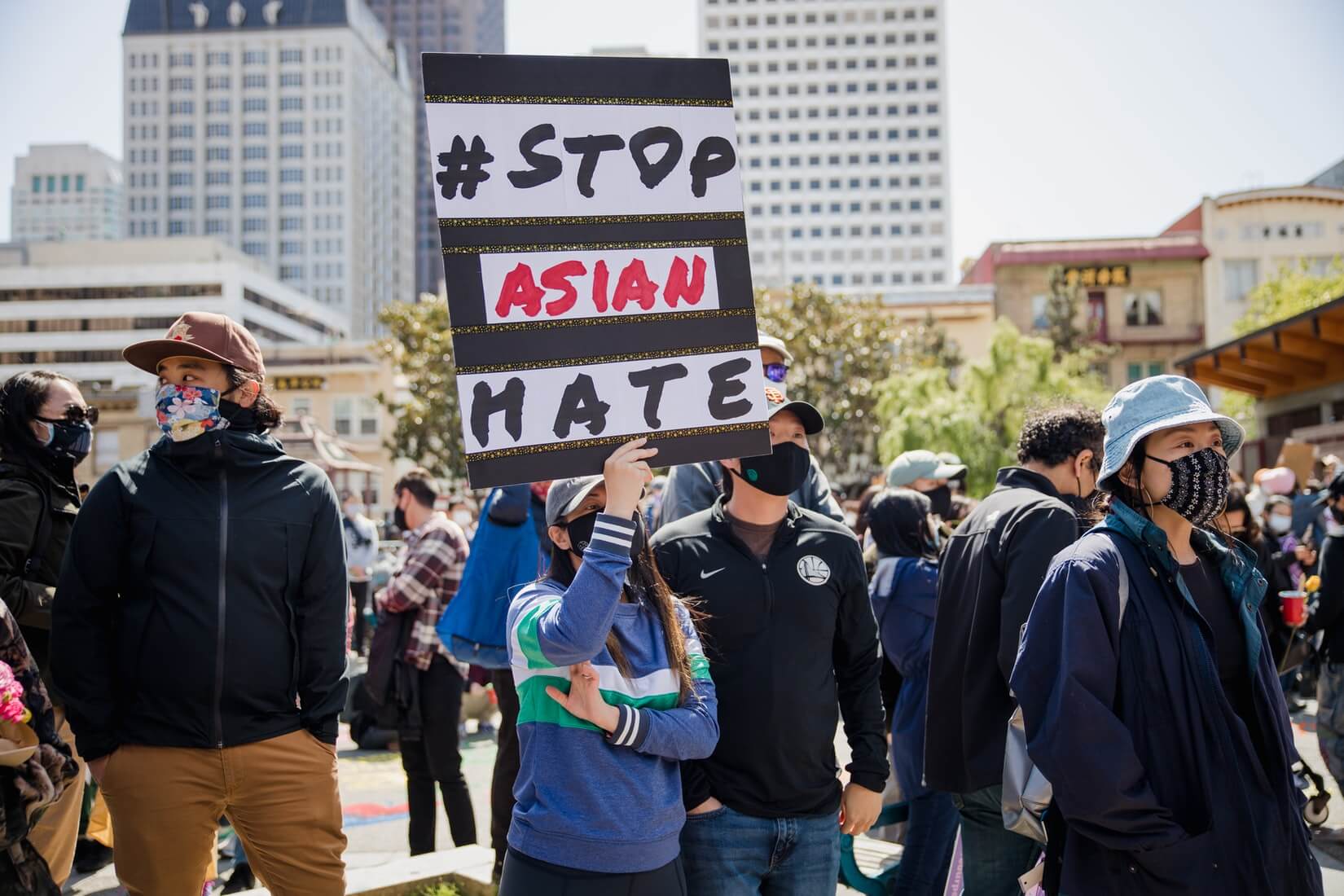 “Stop Asian Hate” is a phrase currently steamrolling the USA, with even Korean pop phenom BTS joining in the discourse.
On March 16th, a 21-year-old white American man went on a killing spree at three spas in Atlanta, Georgia. As a result, eight people’s lives were taken—six of which were Asian women. The crime and its media coverage have yet again sparked intense debate about gun control, gender, and America’s highly racialized society.
The suspect—since charged on eight counts of murder and one count of aggravated assault—claimed “sexual addiction” as his motive. Police, on the other hand, suggested that the murders were the result of the gunman having a “bad day”.
To many, this massacre is the culmination of the more than 3,800 hate incidents against the Asian American and Pacific Islander (AAPI) community in the last year, with women reporting twice as many of those incidents as men. According to the Center for the Study of Hate and Extremism, this reflects a 149% increase over 2019’s AAPI hate incident count.
While some are wary of making grand statements about racial motivation in this violent incident, to others the intersectionality of it all is glaringly obvious. Since the onset of the COVID-19 pandemic, the USA has seen continuing attacks on elderly Asians, notable levels of and anti-Asian (especially anti-Chinese) political rhetoric, and a rise in vandalism of Asian businesses.
The Atlanta murders functioned to finally uncork a wellspring of backlash against the nation’s history of previously unacknowledged hate and discrimination against the AAPI community. Protests and rallies in the name of “Stop Asian Hate” have sprung up across the USA, and are continuing to spread around the world.

The summer Olympic Games will go ahead as scheduled. However, after several weeks of continuous debates, it has been decided by the Tokyo Olympic and Paralympic organisers that foreign spectators will not be allowed to attend the games in order to prevent the spread of the coronavirus.
The Tokyo Games, originally scheduled for 2020 but postponed due to the pandemic, will eventually begin in July 2021. Despite opposition from the public, which according to some polls would prefer the Olympic Games to be postponed or canceled, officials decided to continue preparation for the games. However, the organisers are developing strict safety protocols to ensure that participants and local residents are adequately protected from the COVID-19 virus. Besides not allowing visitors from abroad, only 50% of the venue capacity will be admitted, and the number of people allowed at the games, including staff and reporters, will be further reviewed. Moreover, it is required that all the athletes get vaccinated before participating, and participants will only be allowed to clap, but not to cheer or sing loudly.
Among the consequences of this decision: arranging refunds for tickets that were purchased by people living abroad. Around 600.000 tickets for the Olympic Games and 30.000 tickets for the Paralympic Games have been purchased by overseas buyers and need to be refunded. The refund process will be handled by the authorised ticket sellers fans bought the tickets from, and not by the International Olympic Committee (IOC) or the International Paralympic Committee (IPC). However, the overseas ticket holders will be responsible for the costs related to all other travel arrangements.
The organisers agreed to continue monitoring the developments and to have further meetings in April to clarify the exact number of spectators that will be allowed.

North Korea has claimed that the missiles they launched on March 25th were a “new-type tactical guided projectile”, and it was the country’s first ballistic launch in over a year. The US, along with Japan and South Korea, have expressed complete disapproval of the tests. Biden, who's facing his first North Korean crisis as the new US president, told reporters that the launch went against UN resolutions, and that the US is currently consulting with partners and allies. Furthermore, Biden stated that if things escalated, the US would respond accordingly.
According to North Korean state media, it was top North Korean Military Official Ri Pyong Chol who, a day prior, guided the launch of the newly developed tactical missiles. Ri, marshal of the Korean People’s Army, said “the development of this weapons system is of great significance in strengthening our military power and arresting all sorts of threats existing on the Korean Peninsula”.
The North Korean state-run Rodong Sinmun newspaper published images of the missile system, which showed a new-short range ballistic missile (SRBM) being launched from a transporter erector launcher (TEL) truck. Ankit Panda, a Stanton senior fellow at the Carnegie Endowment for International Peace, stated that the images looked like the new unidentified short-range ballistic missile that had first been seen in the January parade. Joseph Dempsey, a research associate for defense and military analysis at the International Institute for Strategic Studies (IISS) said that it looked like the missiles were supersized versions of North Korean KN23 Ballistic missiles.
Voice of Korea (VOK) reported that North Korea’s new weapons system increased the weight of its warhead to 2.5 tons, while at the same time using the core technology of existing warheads. 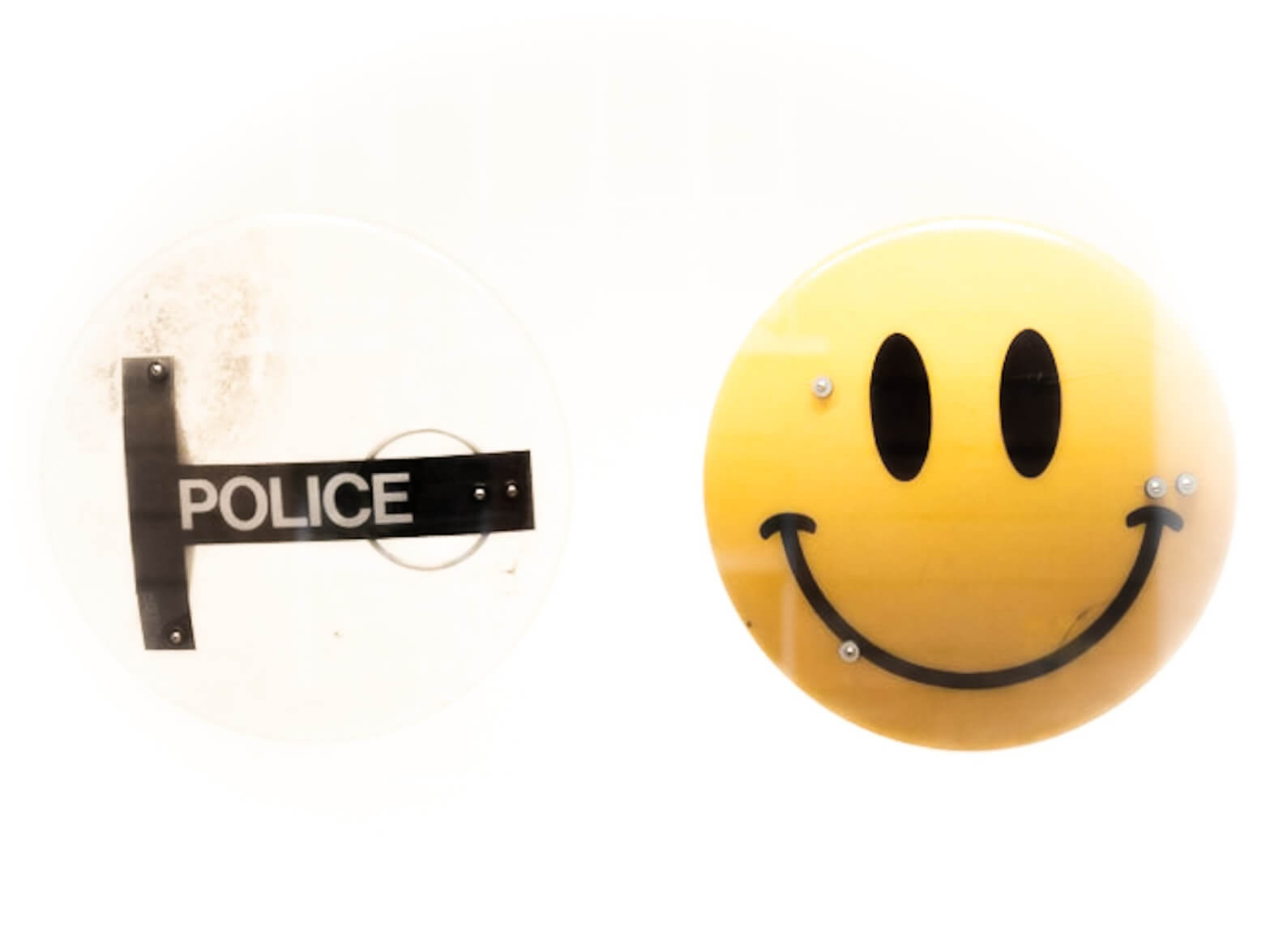 Smiley.
Source:  the blowup on Unsplash

In tightly-controlled Singapore, standing on the street while holding a smiley-face sign is outlawed.
Jolovan Wham, a civil rights activist who has gained notoreity through his involvement in anti-death penalty and pro-LGBTQIA+ rights demonstrations, as well as for his outspoken objection against Singapore’s strict limitations on freedom of speech, has been arrested for just that.
In November 2020, Wham stood alone in Toa Payoh Central holding up a piece of cardboard with a smiley face on it. His solo demonstration was in support of two fellow activists who had been summoned and interrogated by the police for their climate activism.
In February 2021, Jolovan Wham was eventually levied a hefty fine of 8000SGD (~5900 USD), which he avoided by instead serving 22 days in jail. Wham was convicted of breaking the notorious Public Order Act, which limits demonstrations to Speaker’s Corner in Hong Lim Park, and requires a police permit unless the demonstration meets strict exemption requirements. Needless to say, the permit is rarely granted.
The Act, however, does not seem to apply to everyone. Following Wham’s sentence, Singaporean netizens rallied over multiple photos shared in June 2020 by parliamentarian Louis Ng, in which he calls for the support of local hawker centers heavily impacted by COVID-19 by holding a sign reading “Support Them☺”. Accused of double standards, on March 3 Singapore Police Force silenced criticisms and announced ongoing investigations against Ng for illicit public assembly without police permit.
These events offer an important reminder of the exceedingly severe laws jeopardising freedom of speech in the Lion City, but also highlight the government’s fear of losing its power. The People’s Action Party–which has ruled Singapore for the past 62 years–is soon facing an uncertain leadership transition as Prime Minister Lee Hsien Loong announced his abdication.

ARTICLE BY THE EDITORIAL STAFF OF THE LUNAR TIMES