China, Japan, Myanmar, South Korea, Thailand
May 3, 2021
This month's mix: unending turmoil in Myanmar, bilateral talks in Washington and architectural discussions in China. Aaaah, and the Oscars of course! And Thailand's new bid to revitalize tourism.

At the three-month mark of ongoing protests in Myanmar since the military coup on February 1st, the death toll has risen to over 750 and the violence has reached new levels. For the first time in twenty years, the military has used air strikes against ethnic minorities in the country’s western border regions. Thousands of people have been internally displaced, and in particular states such as Kachin state—which have been hosting ten thousand IDPs since 2011—are struggling under the military force. In addition, the economic situation has become dire: the WHO expects 3.4 million to be hit by food insecurities. The military coup aggravated an economy that had already been struggling under the impact of COVID-19.
Meanwhile, ousted leaders from the National League for Democracy have announced a parallel government to the military junta—the National Unity Government (NUG). The NUG aims for a federal union, which would include greater autonomy for ethnic minorities—a novelty in Myanmar’s handling with ethnic minorities, as well as a point of ongoing friction between minority and majority populations.
Last week, ASEAN member states met with the military junta in an attempt to stop an escalation into civil war. However, a week later the consensus achieved by member states seems inadequate to solve the crisis. The NUG, which had not been invited to the summit, stated that as long as the Tatmadaw kept political prisoners and exerted violence against its civilians, no consensus for peace could be successfully found. Simultaneously, several ethnic armies are meeting to build a united front against the Tatmadaw. As the situation in Myanmar remains tense, the possibilities for a fully fledged civil war remain around the corner. 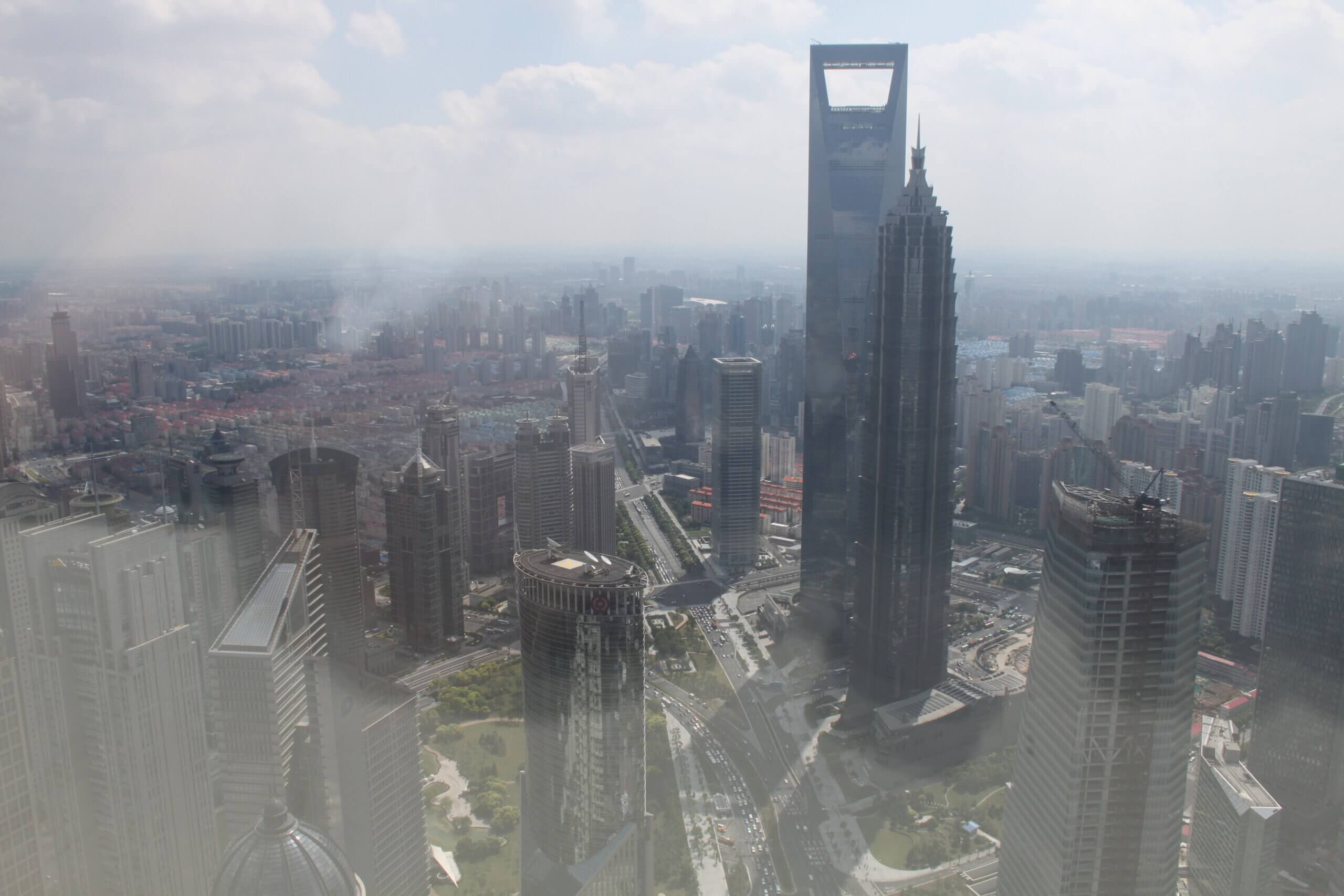 ‘We’ve had enough. No more ugly buildings’. To put it bluntly, this message forms the content of a resolution passed on April 8 by China’s National Development and Reform Commission (NDRC). According to these novel instructions, local governments are discouraged from supporting the planning and construction of new building design that is ‘ugly’. Instead, future efforts shall focus on constructing functional, sustainable and aesthetically appealing architecture, and skyscrapers over 500 meters shall be avoided wherever feasible.
This message must have struck a nerve, as indicated by the number of enthusiastic responses on Chinese social media, with Weibo at the forefront. Following the announcement of the resolution, users were eager to share, discuss, and criticize the ugliest buildings from their respective hometowns. Hardly scarce, these unappreciated constructions have previously led to conflicts within cities’ administrative organs and have absorbed large sums of public funds—and then they were not even beautiful, let alone functional or representative of a local place. Shanghai’s World Financial Center, better known as ‘the bottle opener’, represents a more successful and estimated example. Others, such as the Flying Kiss Chongqing or the Tianzi Hotel in Langfang, according to local voices, are considered too commonplace or simply over the top.
In the course of China’s rapid urbanization, numerous architectural landmarks and tourist attractions have proliferated in the country, particularly in its major cities. As of today, it has the highest number of skyscrapers in the world. Yet lately, the desire to account for and protect local cultures, histories and ‘spirits’ of places in both old and new architecture seems to be gaining traction. All said and done, this leaves us with a familiar and recurrent question: When is architecture still art? Or when is it simply ugly?

And the oscar goes to...

For the second consecutive year, South Korea made the headlines of international news outlets for a prestigious win at the Academy Awards. In receipt of the highly coveted statuette this year was South Korean actress Youn Yuh Jung, who was awarded Best Supporting Actress for her role in Lee Isaac Chung’s movie “Minari” (2020).
The woman is a film icon domestically, with a long-standing career that started back in 1966. On the night of the 25th, she made history at the Academy Awards for being the first South Korean to have ever been nominated and recognized with an Oscar. Before her, Japanese-American Miyoshi Umeki was the only Asian woman to have won the Best Supporting Actress prize for her role in "Sayonara" (1957) more than six decades ago.
Youn Yuh Jung was not the only woman to make history at the prestigious movie awards. Beijing-born director Chloé Zhao earned Best Director for her critically-acclaimed movie “Nomadland” (2020), which coincidentally cinched the highest award of Best Picture.
Zhao is the first woman of color to receive the gold statuette for Best Director, as well as the second woman to have ever been bestowed by the Academy with this prestigious award. However, the victory went unnoticed in her country of origin, where news regarding both the movie and the director did not appear in Chinese outlets and Weibo comments were reported to be censored. Supchina explains that in the weeks preceding the ceremony in Los Angeles, news about the Oscars were reduced to the minimum. This was probably due to the fear that the Oscars could stage critical comments towards the Chinese government, especially after the nomination of “Do Not Split” (2020), the Norwegian–American documentary about the 2019–2020 Hong Kong protests. 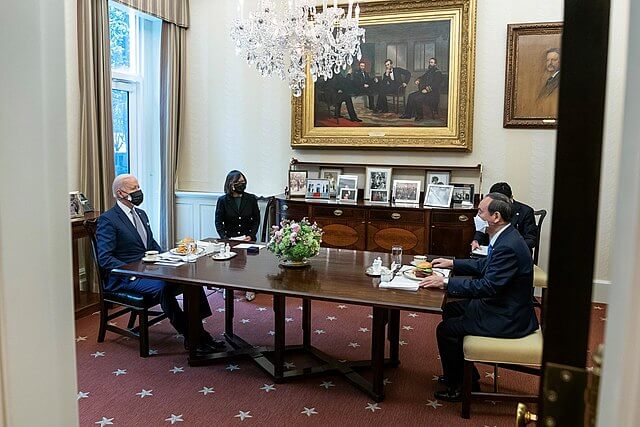 The first official meeting between US President Biden and Japanese PM Suga took place in Washington on April 16. The long-awaited summit was held on occasion of Suga’s visit to the US and was widely covered in Japan, as Mr. Suga became the first foreign leader invited to the White House since the outset of the Biden administration. US Secretary of State Blinken and Defense Secretary Austin had already met their Japanese counterparts Motegi and Kishi in an official visit to Tokyo in March.
The two leaders showed remarkable unity of intent and affirmed their mutual support for the US-Japan alliance in a moment of great geopolitical turbulence. China’s increasing assertiveness in the East China Sea, especially over the Taiwan Strait, occupied the bulk of the agenda as the US sought Japan’s backing in its effort to halt Beijing’s military expansion. China’s muscle-flexing in the region prompted the two delegations to include a clause explicitly mentioning “the importance of peace and stability of the Taiwan Strait”. The last time Taiwan was explicitly mentioned in a joint declaration dates back to 1969. Other relevant themes treated in the bilateral meeting included global supply-chain issues, the coronavirus pandemic, and bilateral trade.
In recent years Japan has been wary in condemning China’s crackdown on democracy in Hong Kong and its human rights abuses in Xinjiang, as powerful factions in the ruling Liberal Democratic Party have traditionally been more lenient towards Beijing. However, Japan has taken concrete steps to encourage its companies to bring their production back home in an attempt to reduce the country’s economic dependence on Beijing. With a new wave of COVID-19 infections, the Olympics dilemma and a crushing defeat in local elections, PM Suga’s rocky 2021 does not seem to come to an end anytime soon. 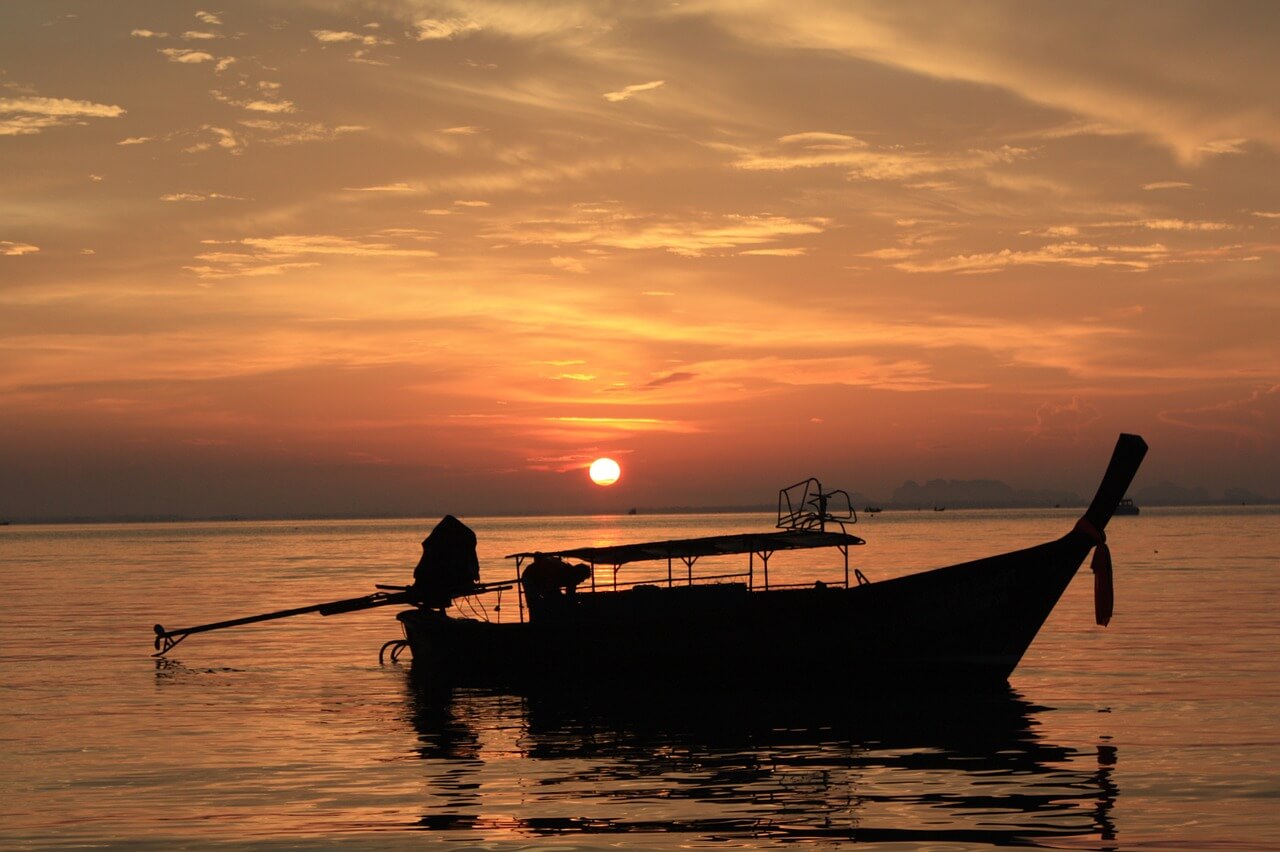 In a bid to resuscitate its COVID-19–embattled tourism industry, this month Thailand embarked on a mass-inoculation program on the popular tropical island destination of Phuket—two months ahead of the rest of the country.
Thailand’s strict 14-day quarantine measures for international visitors have thus far contributed to relatively low COVID-19 numbers: 69k cases and 245 deaths. However, the country saw its substantial tourism sector wither as a result: in 2019, the 40 million foreign tourists who injected $61bn into Southeast Asia’s second-largest economy—about 12% of Thailand’s GDP—plummeted to just 6.7 million visitors (and $11bn) in 2020. Since the onset of the pandemic, the sector is estimated to have lost approx. 1.45 million jobs.
Such is the critical importance of tourism to the country—and thus, the implementation of what the Tourism Agency of Thailand has dubbed the “Phuket Sandbox” program. From July 1, vaccinated foreign tourists on Phuket will not be required to quarantine, though they will be restricted to certain areas and activities for a period of seven days before being allowed onward to other locations in Thailand. But first: immunity for at least 70% of the island’s residents, or 460,000 people. This includes resident foreigners on the island.
Thailand hopes it can follow in the footsteps of other tourism-dependent destinations, such as the Maldives, which has seen an ample rebound in its hotel occupancy since opening back up to foreign tourists.