Sweden, Taiwan
October 18, 2021
Geopolitics, US-Taiwan relations under the Biden administration, the pandemic and security concerns are all topics covered in this interview with Taiwan's Ambassador Yao to Sweden by Sarah Nygård. 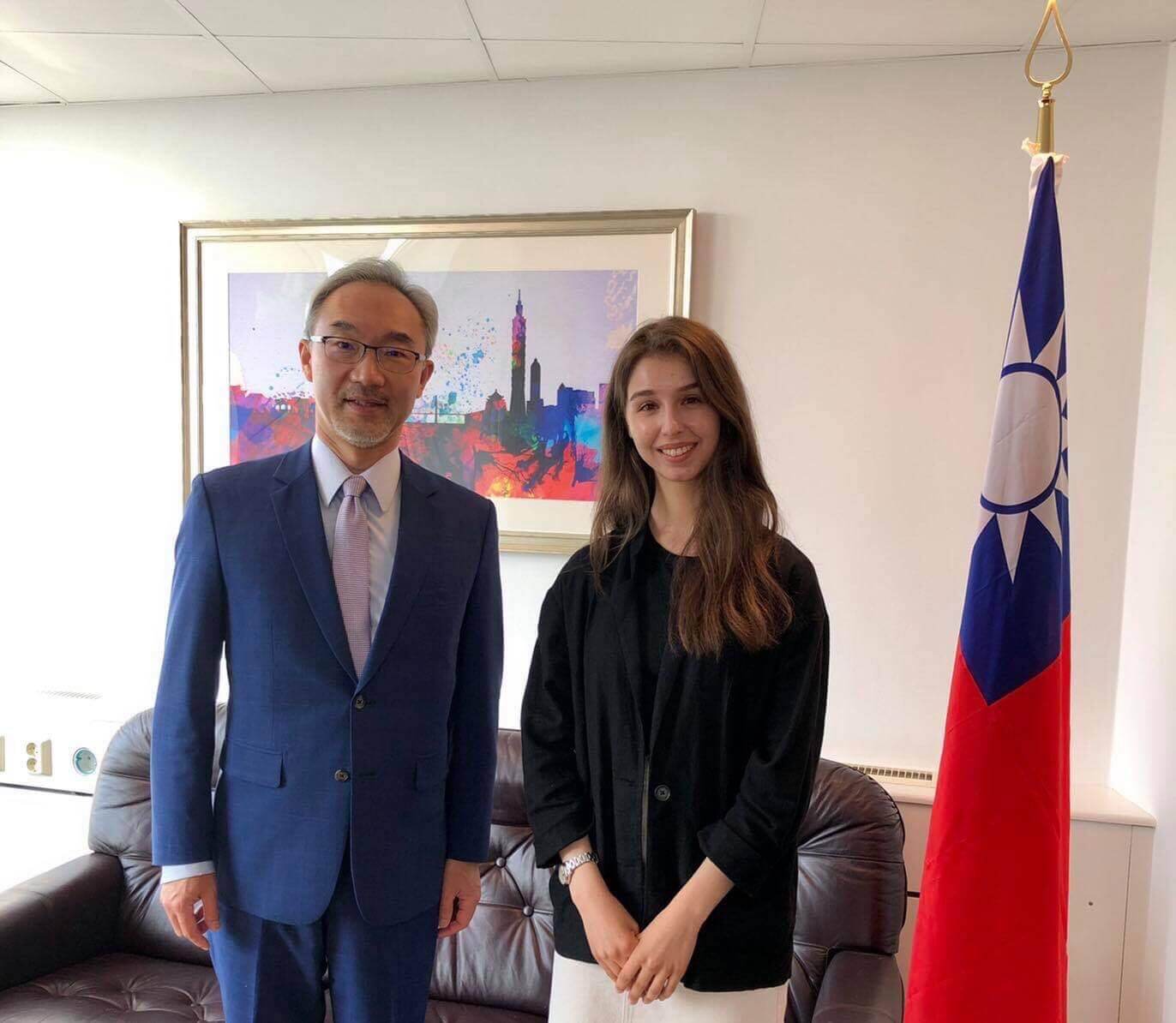 Situated North of Stockholm at Wenner-Gren Center, you will find the representation office of Taiwan, Taipei Mission in Sweden. This is where I had an interview with the Ambassador of Taiwan, Ambassador Yao, regarding the Sweden-Taiwan relations, Taiwan’s security relations with China, the U.S. as well as the Taiwan strait.

We have recently seen an increased engagement from the U.S. toward Taiwan, both in terms of vaccine donations and in statements. Do you think this will have an effect on other countries’ position to Taiwan? How?

Absolutely, this positive attitude has not only been seen under the current U.S. administration, but also during the past 40 years. The U.S. switched recognition from Taipei to Beijing in 1979, but the same year, the U.S. passed the Taiwan Relations Act, through which the U.S. administration could continue their relationship with Taiwan. Under the Taiwan Relations Act, the most important obligation and commitment from the U.S. to Taiwan, is to continue to provide sufficient defensive weapons, so that Taiwan can defend itself. Of course, any security threat to Taiwan would be of great concern to the U.S. To make sure Taiwan’s security is safeguarded if there ever were to be such a case, the administration would have to in consultation with the U.S. congress to take actions.

However, China’s coercion is also playing a pivotal role causing other countries being apprehensive in selling arms to Taiwan. At the same time, the U.S. government, is helping Taiwan engage more in dialogues with other important regions, especially in the Indo-pacific region.

Under the Trump administration we started the pacific dialogue, it was an initiative between Taiwan and the US, and then later on countries like Japan, Australia, and New Zealand were also involved.

The different levels of security dialogues between the U.S. and Taiwan have continued since before the Trump administration. These last few years we have seen an increase in participants, where the U.S. has encouraged partners to engage in a security dialogue with Taiwan.

GCTF was established in 2015 between Taiwan and the U.S. Under the GCTF we have held different workshops focusing on non-political issues, and newly emerged global issues, as well as democratization and human security. The topics on democratization include among others; woman empowerment, good governance, capacity building, anti-corruption, law enforcement. Under human security; energy security, cybersecurity, humanitarian assistance and disaster relief, sustainable economy, circular economy, disinformation.

US taking the lead

The original idea of GCTF was to help Taiwan contribute to the international community, especially to the Indo-pacific region, and help the US strengthen the economic prosperity and security in the region. Knowing that Taiwan is unable to participate in many international organizations, U.S. saw this as a good way to help Taiwan contribute, and strengthen Taiwan’s international participation. We are seeing a continuous increase in interest from other countries to cohost, such as the UK, the Netherlands, Germany. In 2019, Sweden was also a cohost of a workshop, where the topic was combatting disinformation.

I mentioned the focus is on less political sensitive issues. We understand that a focus on more political sensitive issues can be tougher for countries to follow. However, the U.S., with likeminded countries like Japan, Canada and some European countries, has started to influence other democracies, such as Sweden, to help Taiwan participate in international organizations. Looking at the last two years, Sweden and some European countries, such as Norway, have for the first time in history, supported Taiwan’s participation in World Health Organization (WHO). This is another example that the U.S. is taking the lead and influencing other countries in supporting Taiwan.

Recently under the Biden administration there has been a focus on peace and stability in the Taiwan strait. The summit between Biden and Japan’s Prime Minister Suga, between Biden and Korean President Moon Jae-in, EU-US summit and G7-summit, peace and stability in Taiwan were mentioned in all the joint statements or joint communiqué. An especially significant event, was the US-Japan summit statement, as it was the first time that Taiwan’s security was mentioned in the leaders’ joint statement, ever since Japan officially recognized PRC. With the U.S. leadership, it’s evident that other countries are following.

The Economist once mentioned Taiwan as the most dangerous place on earth, what do you think?

In 2005, the anti-secession law was passed by PRC. This law states the preconditions of the PRC to use force against Taiwan, for example, if they believe Taiwan is permanently separated from China, or foreign intervention, or Taiwan develop nuclear weapons, they will use force against Taiwan. Even though the international community all urge China to give up the use of force against Taiwan, they never have. Additionally, China continues to modernize their military. Their excuse is naturally that it is done in order for Taiwan not to be separated from China permanently. The assertiveness of Taiwan is quite prominent in the frequent military intrusion into Taiwan’s Air Defense Identification Zone (AIDZ) or the crossing of the middle line of the Taiwan strait.

China has now the largest navy in the world. It is likely by 2030 that they will have five Aircraft Carriers. However, the depth of the Taiwan strait is no more than 100 miles wide. If the case is that China will only deal with Taiwan, as many as five aircraft carriers wouldn’t be necessary. Aside from Taiwan, China’s other ambitions apparently can be seen for example in the South China Sea and in the Indo-Pacific. Other countries have understood and sensed the ambition of the Communist party. PRC’s military is modernizing rapidly, and since 2016, we can see progress in China’s modernization politically and economically. There is for example the Belt and Road Initiative.

In the South China Sea, there is a strong Chinese military presence they have built shores and rocks into military bases. There have also been intrusions into other South and Southeast Asian countries’ AIDZ with their air force. These intrusions in turn increase the danger of miscalculation with other countries. Additionally, in the East China Sea there have been activities from China.

Response from other countries to an increased activity

In response to this, the U.S. started Freedom of Navigation Operations (FONOP) in the Taiwan Strait. The FONOP are different operations carried out by the U.S. naval and air forces as well as other countries, such as Japan, and countries from the EU, with the purpose of maintaining freedom of navigation in the region and send signals to China. Canada, Germany, France, and the UK are participating as well. Of course, this is not to say they’re working together with the U.S., but they’re reinforcing the freedom of navigation in the Taiwan Strait and the South China Sea.

Conclusively, under current circumstances, we don’t believe there are any reasons to use force against Taiwan, and militarily attacking Taiwan would undermine the goals of the communist party.

What does the current cooperation between Sweden and Taiwan look like?

Where would you like to see growth in the relations?

I would love to see an enhancement and breakthrough in terms of our bilateral relations through among others high-level visits to Taiwan. I believe this will be helpful in terms of accelerating the decision-making process and enhancing operations. The topics discussed doesn’t necessarily have to be politically sensitive issues, but could be about educational, science and technological exchanges. We sincerely hope that the ministers of Sweden can visit Taiwan in the future after the pandemic.

The pandemic exposed short comings of international cooperation in areas such as supply chain cooperation and some trade and economic aspect related issues. I believe the best way to handle these short-comings is to have high-level visits or dialogues from both sides. I would also like to see an upgrade of Sweden’s representation in Taipei. Currently, consular errands are operated by Business Sweden, whose mission doesn’t include this aspect.

If we look back at the time before Taiwan citizens got the Schengen-visa, meaning visa free travel to the EU, there were Swedish consular foreign service officer stationed in Taipei. At this time, we could see a yearly increase in the volume for visa issuance to Taiwanese citizens. However, post visa-free status, the consular function was cancelled, as there was no longer a need for it.  The limited consular work shifted first to Hong Kong and is now in Bangkok. Currently, potential scholarship students need to travel to Bangkok for interviews. A consular office would be helpful for an increase in people to people exchange, such as Taiwanese students wanting to study in Sweden or for business men wanting to carry out business. We will continue to work toward these objectives.

What dish would you recommend students going to Taiwan to study to try?

Thank you, Ambassador Yao, for taking time for this interview! 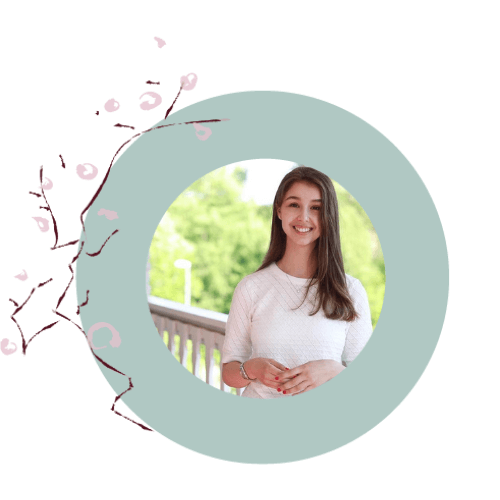 Sarah is a master student in the Asian Studies program at Lund University, currently based in Seoul, South Korea. Her main areas of interest are the culture, and history of the Korean Peninsula, as well as the international relations and security situation of Taiwan.