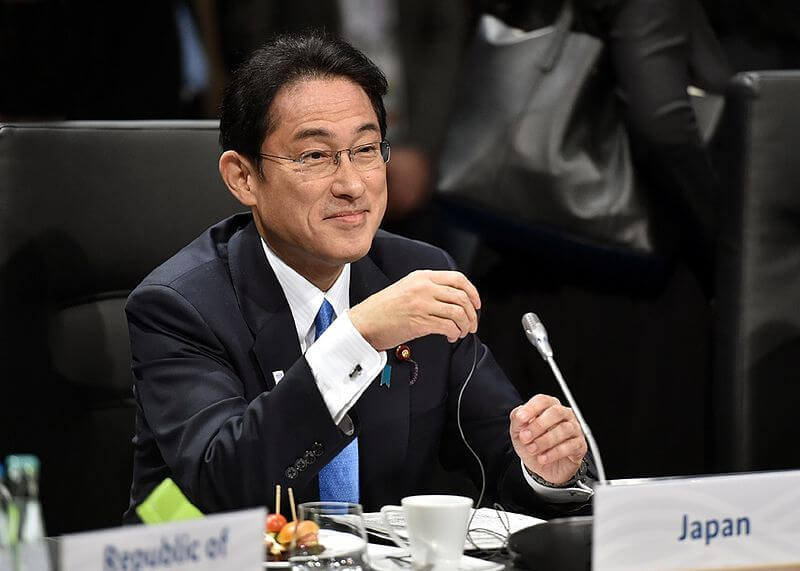 The highly contested leadership race for the ruling Liberal Democratic Party (LDP) to replace Prime Minister Yoshihide Suga concluded on September 29th. Prolific politicians Fumio Kishida, Taro Kono, Sanae Takaichi and Seiko Noda challenged each other for the top leadership position in the party and the Prime Minister post. The top two candidates, Kishida and Kono, advanced to a runoff after no candidate managed to win a majority. The runoff concluded with former Foreign Minister Fumio Kishida securing a landslide victory, winning over 60% of the votes to become party leader and is expected to succeed Prime Minister Yoshihide Suga on October 4th to become the 100th Prime Minister of Japan.

A tough battle lies ahead for Kishida, who wants to regain trust from voters displeased with the government’s handling of the Covid-19 pandemic. Initially considered a safer, status quo politician in the party, Kishida has now announced bold plans to completely overhaul Japan’s capitalist system and move away from market-oriented neoliberalism in order to address the concentration of wealth and widening income inequality. In a reference to Prime Minister Hayato Ikeda’s 1960s “Income Doubling” plan, Kishida announced the “Reiwa Era’s Income Doubling Plan” strategy, aimed at increasing wages for the public sector while pressuring the private sector to follow suit. Moreover, he has proposed a tax hike on the rich to improve state finances and redistribute wealth. Kishida also confirmed his intention to prepare a multi-trillion yen stimulus package to tackle the economic fallout following the pandemic by the end of the year. Kishida is betting on these measures to revitalize support for the party, but whether they will come to fruition remains to be seen. 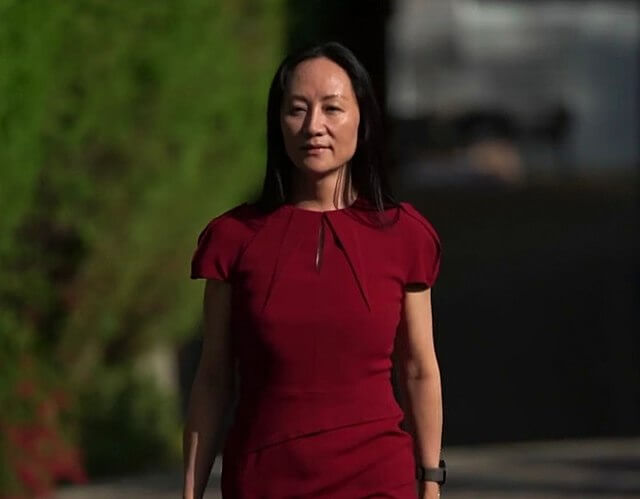 Huawei´s chief financial officer, Meng Wanzhou, has returned to China after three years under house arrest in Canada. Canadian Police detained Meng in December 2018 on request from the US Department of Justice, who accused her of fraud and breaking international sanctions against Iran, further straining relations between the US, Canada and China.

Last week, Meng’s legal team reached an agreement with the DOJ which allowed her to return home. She was welcomed as a national hero as she landed in Shenzhen Airport in southern China. Crowds of wellwishers with Chinese flags, banners, and patriotic songs gathered in the airport. Meng herself expressed gratitude to the nation, the party, and the people for their support. She also thanked Xi Jinping: “ Chairman Xi cares about the safety of every Chinese citizen, and he also keeps my situation on his mind. I am deeply moved." The Party used the release of Meng to advertise itself as a superior authority who protects its people.

Chinese media did not hesitate to use the release of Meng to mobilize nationalist forces in the country. They called Meng a victim of political prosecution in an American attempt to crack down on China's tech sector and framed the release of Meng as a diplomatic victory for China and as a manifestation of China's international strength. There was little mention of China’s release of Michael Spavor and Michael Kovrig, two Canadians detained at the same time as Meng was. China, it seems, is not afraid of using foreign citizens as bargaining chips in international disputes.

Toward the end of a controversial practice? President Moon Jae-in on banning the consumption of dog meat in South Korea

President Moon Jae-in has called for a careful consideration of dog meat consumption, suggesting a ban on dog meat for the first time. According to the president’s spokeswoman Park Kyun-mee, the remark came after a weekly meeting with Prime Minister Kim Boo-kyum after he was briefed on the government's current efforts to combat animal abuse.

South Korea is one of several countries where the consumption of dog meat is still common, particularly among the elderly. Nevertheless, a recent opinion poll conducted by Humane Society International/Korea and Nielsen Research revealed that public attitudes toward the controversial practice are gradually changing as growing proportions among society oppose the consumption and trade of dog meat, and some even support the prohibition and ban of the industry entirely.

As The number of animal abuse cases uncovered has increased, large segments of society believe that the practice is damaging to the country's image. In fact, South Korea has been repeatedly criticized by local and international advocacy groups, particularly for the most brutal aspects of the industry involving electrocution, hanging, and bludgeoning. In parallel, there has been a rise in the number of households who have come to cherish cats and dogs as pets. President Moon Jae-in is no exception and has just recently announced on Facebook the birth of seven puppies from one of his two dogs given to him by North Korean leader Kim Jong-un as a present in 2018.

The government is expected to announce revisions on its Animal Welfare Law and its overall animal welfare regime soon, including bans on cruel slaughter practices and granting animals legal status. Yet the country is far from united on the issue: Oppositional voices exist that stress that consuming dog meat shall be treated as personal choice, and point to the loss of income and livelihood for dog breeders and sellers if the industry was to be regulated or even banned. 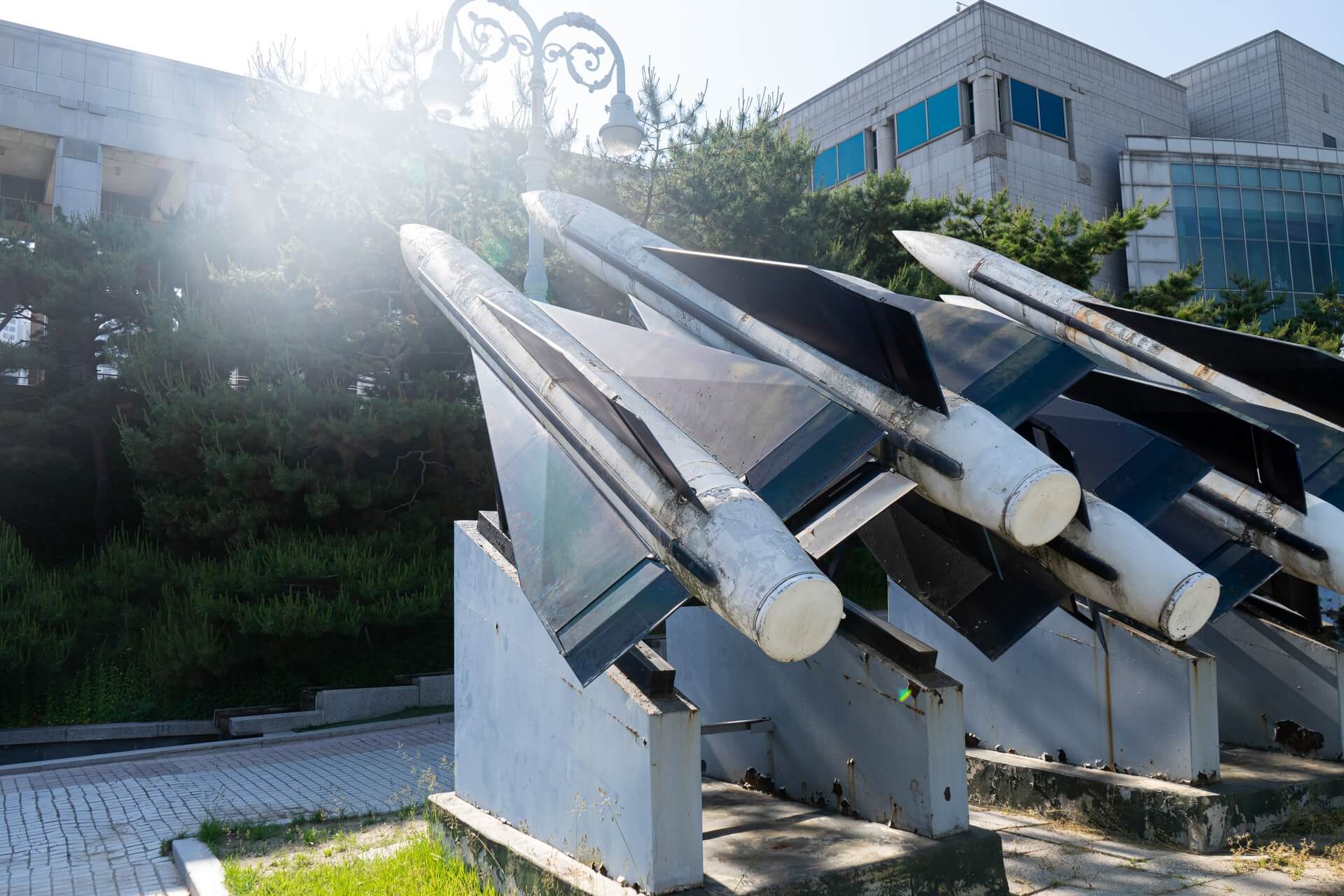 North Korea successfully conducted a test launch of a newly developed long-range cruise missile with a range of 1,500 kilometers on the 11th and 12th, called by the state media as a hypersonic gliding missile. Hypersonic missiles can travel at more than 6,100 kilometres per hour, which are difficult to track and intercept. Hours later, the South tested its first submarine-launched missile. This arms race prompted concern again in the peninsula.

As the 1950-1953 Korean war ended with an armistice and not a peace treaty, US-led UN forces are technically still at war with North Korea. Since denuclearization negotiations between Kim Jong Il and Donald Trump deteriorated in 2019, the situation on the peninsula has not improved much. North Korea called for lifting severe economic sanctions first while the United States repeatedly stated that North Korea must first abandon its nuclear weapons before any sanctions can be lifted.

In August, the United States and South Korea ignored the warnings of North Korea and conducted joint military exercises as scheduled. North Korea then accused the United States of hostility and demanded that the Biden administration permanently cease joint military exercises with South Korea. Kim Yo Jong, sister of North Korean leader Kim Jong Un and a senior official of the ruling Workers' Party, warned Seoul that holding the drills would undercut efforts to rebuild relations. Its continuous weapons tests are apparently aimed at putting pressure on Washington and Seoul over slow nuclear diplomacy.

Last week, South Korean President Moon called on both the North and South Korea and their allies — the United States, which supports South Korea, and North Korea’s largest economic partner, China — to declare an official end to the conflict and achieve peace on the peninsula. In reply, Kim Yo-jong said that if the conditions are met, North Korea is willing to end the war. 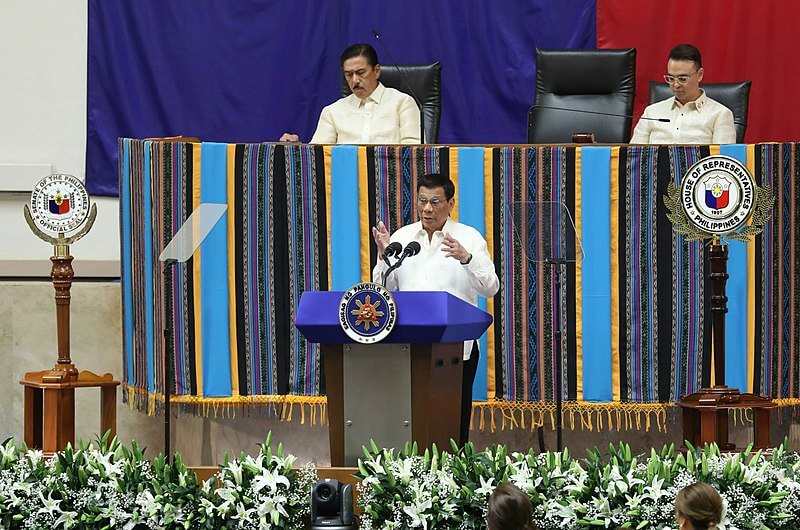 On September 15th The International Criminal Court (ICC) formally announced their authorization to investigate President Rodrigo Duterte’s highly controversial War on Drugs in the Philippines as a crime against humanity, to the celebration of human rights activists and bereaved families of victims. The ICC has collected evidence from hundreds of victims that have strongly suggested systematic attacks against civilians were a result of the state policy. Furthermore, the lack of investigation and prosecution in relation to the ruthless killings have been confirmed as well as the accounts of payments, promotions and awards to those involved in the killing of drug suspects. Duterte’s legal counsel has responded by reaffirming their intention to not cooperate with the investigation. When the intention to launch the probe was announced back in June, the president had responded by calling the news “bullshit” and threatening to “slap” ICC magistrates.

The war on drugs was President Duterte’s response to the country’s rampant drug problems. The campaign was especially controversial as Duterte urged police and military to step in and kill suspects. Killings have been largely committed without repercussions or oversight. Furthermore, police as well as vigilantes have been incentivized to kill drug users and pushers for monetary gains. Often, civilians with no relation to drugs have been targeted and murdered as a result of the campaign. So far, Duterte’s campaign is estimated to have contributed to the deaths of upwards to 30,000 Filipinos since he took office back in June 2016. The Philippines left the ICC in 2019.