WILL THE TRADITION OF CHUSEOK SURVIVE?

November 8, 2021
Ask any Korean person which holiday defines their national identity the best and they’ll likely answer “Chuseok”. Yet the central role of Chuseok is now challenged among younger generations. The cultural ancestral traditions are in tension with new values in rapidly modernizing Korean society, provoking a clash of generations. 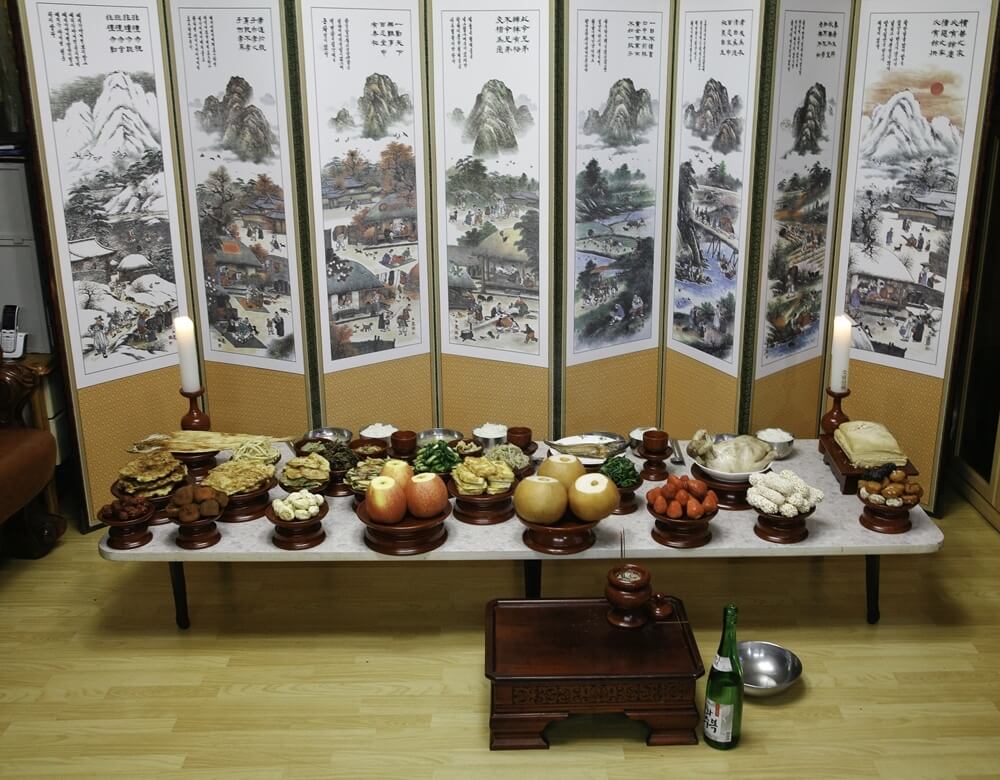 The phenomenon that best characterizes Chuseok is the hundreds of kilometers of traffic jams around the country, making headlines with their new record every year. In fact, every year on the fifteenth day of the eighth lunar month—approximately late September—Korean families travel back to their parental houses to gather with their loved ones and celebrate Korean Thanksgiving together. Inspired by Confucian beliefs, the three-day holiday is observed in the most traditional way, focusing on family unity, love, and filial piety. The celebration is centered around the preparation and observance of the rites of Seongmyo (성묘)—paying their respects to their ancestors’ graves—and Charye (차례) the memorial service in the form of a food offering at the sacred table. 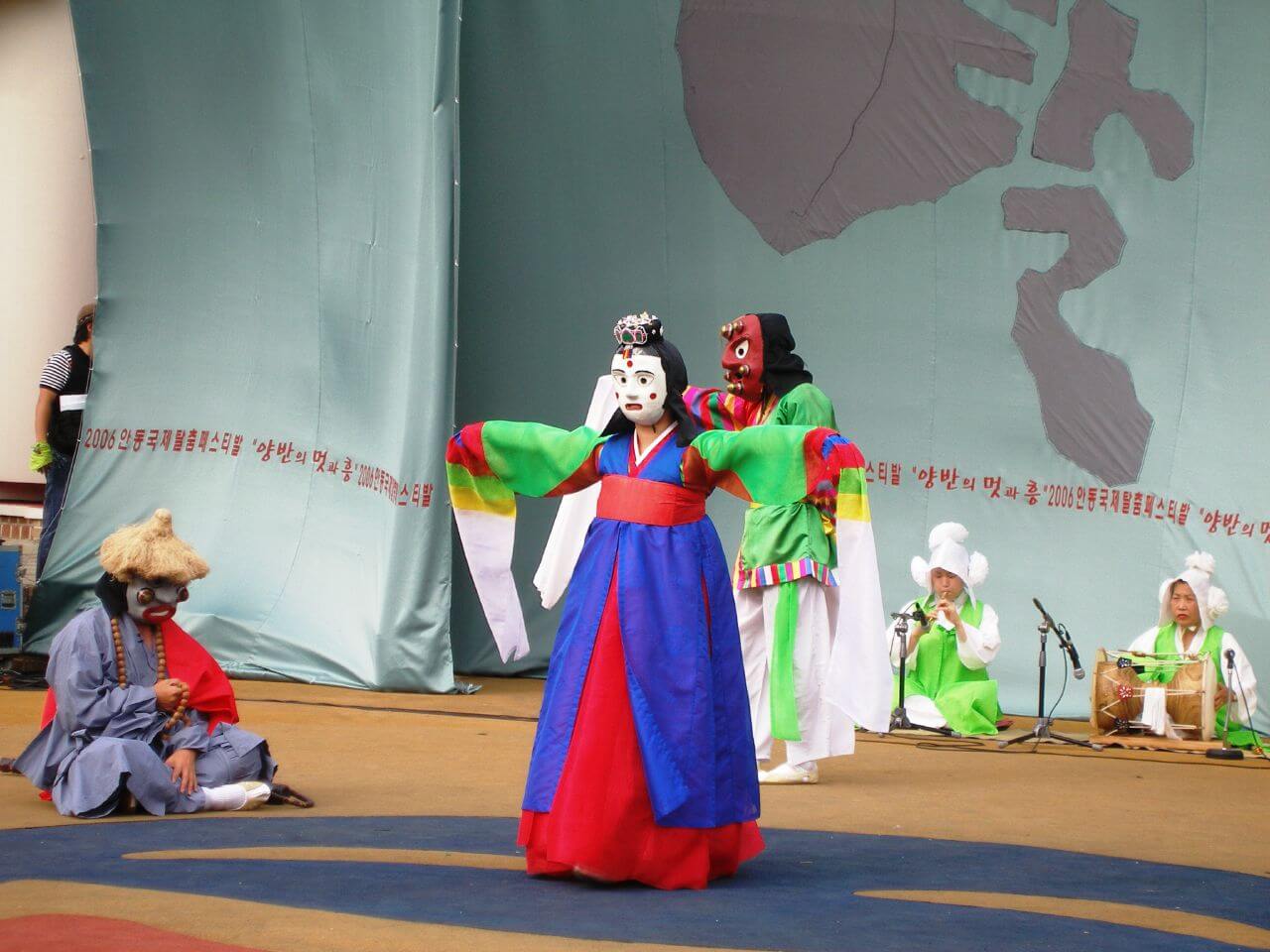 Chuseok is, by its nature, the holiday of abundance, joy and gratitude. Therefore, various entertainment and folk games take place during the celebrations. Watching performance of samulnori (사물놀이, traditional percussion quartet), talchum (탈춤, mask dance) or ganggangsullae (강강 술래, Korean circle dance) is common. During this break from their everyday life, Koreans have the occasion to reconnect with their heritage - familial and cultural - so important for a nation with strong roots in traditional culture. But society evolved and with it, mindsets -- sometimes in opposition to customs.

THE RUPTURE BETWEEN TRADITION AND MODERNITY

The celebration revolves around the preparation of the food for memorial services. All the pressure is heaped on women, who are traditionally expected to do all the cooking days in advance. As stated by the 2019-2020 survey of the Global Big Data Research Institute of Korea, 51% of women consider the Chuseok holiday as labor rather than rest. In fact, the burden is even heavier as women spend holidays at their in-laws where they are expected to cook and clean as if in their own house. Public servant Lee Eunwoo testifies: “Choi Ye-Lim, my co-worker, returned … with wide bags under her eyes, and shuffling her feet in heavy steps. I asked her how her holidays were. ‘What do you think? I barely slept at my parents-in-law’s. Just doing chores and serving the elders. I want proper holidays.’” This is a recurrent situation in modern-day Korea, where most women work outside the home and don’t have time to spend days cooking for memorials. Forty-four percent of women assert that, compared to 10 years ago, preparing holidays became more exhausting whereas men say that holidays allowed them to rest more. This disparity in perspective argues that Chuseok is not a holiday for women. They are invited with the main purpose of making the celebration enjoyable for the rest of the family. By denouncing such sexist traditions, women demand equality in a country with one of the highest gender gaps among democratic countries. 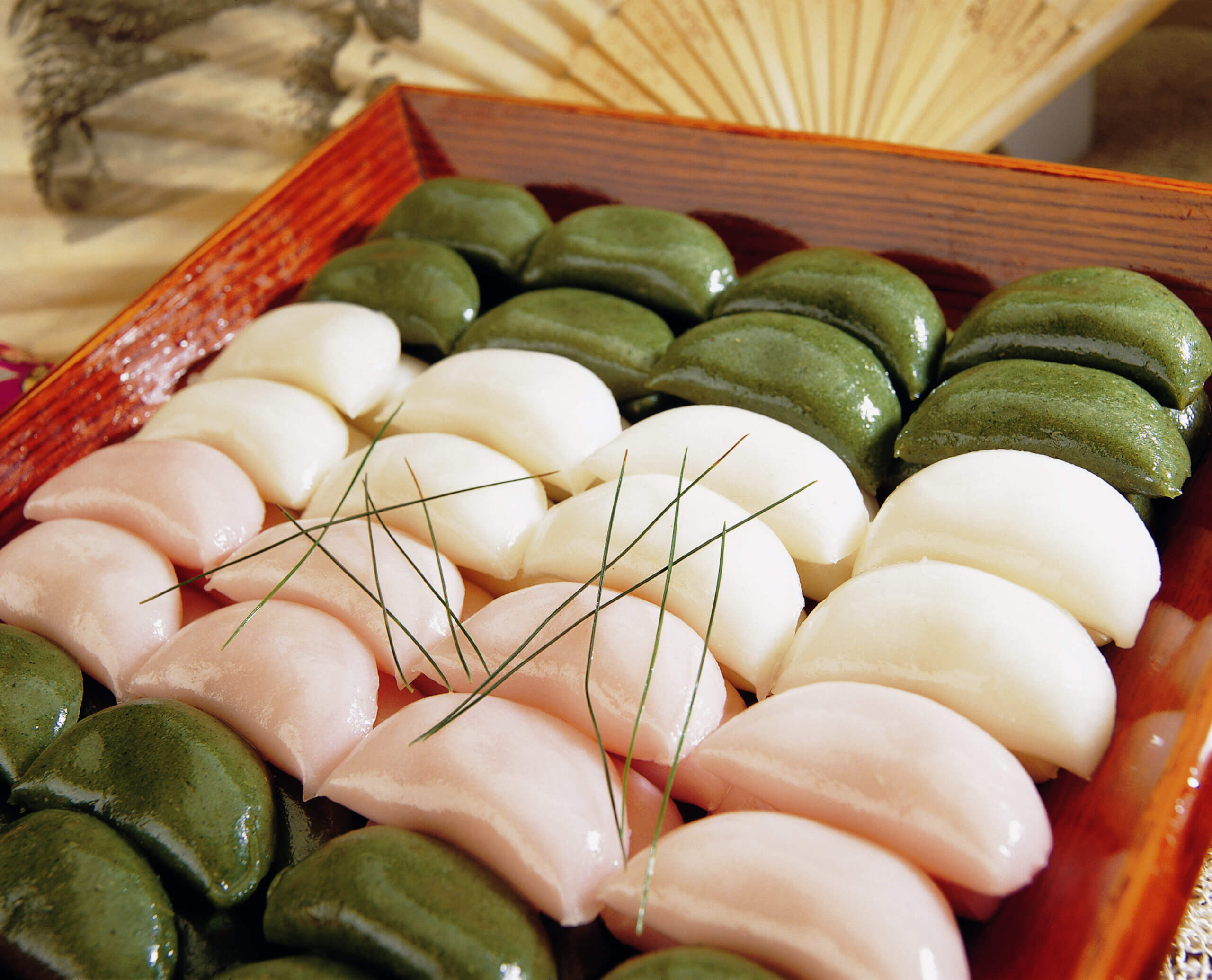 Today, a new generation of women rejects the burdens of Chuseok, risking upsetting the balance of the sacred tradition. Besides refusing to be treated differently from their male counterparts, nowadays, not all women get married before their 30th birthday, nor want to. By making tradition the core of Chuseok, the holiday represents a step to the past, where all these gains in gender equality are erased in the name of cultural expectations. On the other hand, as elders see their country quickly changing into something they don’t recognize nor understand, they cling to customs that have barely changed through the decades. Fearful of seeing this tradition vanish as well, they pressure their children and grandchildren into keeping customs alive by conforming to the same inveterate social standards they had to meet themselves. Confucianism’s respect for elders and avoidance of conflict have endured, masking intergenerational issues for decades.

However, the gap between expectations and realities in modern Korea is too glaring to overlook, creating a collision between older and younger generations. The intergenerational dissonance also impacts couples as husbands tend to side with their parents instead of their wife. Every year in Korea, divorces surge after the holiday season. According to data from 2018, 3,374 people divorced in October, an increase of 27.6% from September of the same year. Psychiatrists diagnosed stress due to the anticipation of conflicts as a “holiday syndrome”. When first discovered, daughters-in-law were the ones suffering the most from it because of the confrontation with their parents-in-law added to the ceremonial labor, but today most people suffer from this syndrome. People now call for a simplification of the memorial service in order to refocus attention on the gathering itself, family love, and unity.

A CALL FOR CHANGE

Even though reforming rituals has always been controversial among Koreans, more and more people support simplifying it. In 2000, only 7.3% of the respondents thought memorial services were not necessary to celebrate Chuseok, whereas 45.6% of the respondents thought the same in 2021. However, the gender and generation gap is still present. While 91% of women support this idea, 65% of people over 50 stand against the simplification. The rules of social distancing and impossibility of gathering due to Covid-19 naturally necessitated a simplification of ritual culture. On top of reducing discord, it enabled immediate families to spend time with each other rather than with their extended relatives. Granted, the pandemic forced these changes, but Korean families seem more inclined to continue in this direction, as it became increasingly common to spend Chuseok in a different manner.

On social media, many post about enjoying their holidays by traveling or doing leisure activities instead of performing memorial services. Even if most people rest at home,  traveling became the number one activity replacing the rites. Hard-work is valued in Korea. Taking rest days can be perceived as laziness and lack of commitment to the company and opportunities to travel the country are scarce. Having a three-day national holiday is a perfect occasion to discover new places and spend quality time with their families. Furthermore, for more than a year Covid-19 has forbidden Koreans to travel abroad and limited movements within the country, leading to an irrepressible need to explore new horizons as soon as the restrictions were lifted.

Traditional rites may not return to how it was before, even when Covid-19 ends. By forcing change on a community rooted in its traditions, it provided an escape route to the people suffering from the cultural tensions between globalized and traditional, while avoiding a clash with their elders. The rites as performed until now no longer represent the majority of Koreans. It is time now to adapt the culture of Chuseok within the framework of today’s values of equality, love and respect for all. 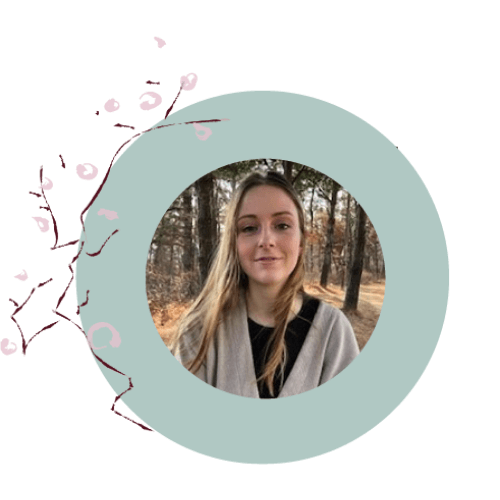 Maëlle is doing a master’s in cultural international relations in Lyon III University. On top of her interest in discovering new cultures, she is passionate about East Asia and more specifically Korea’s culture, society and history.