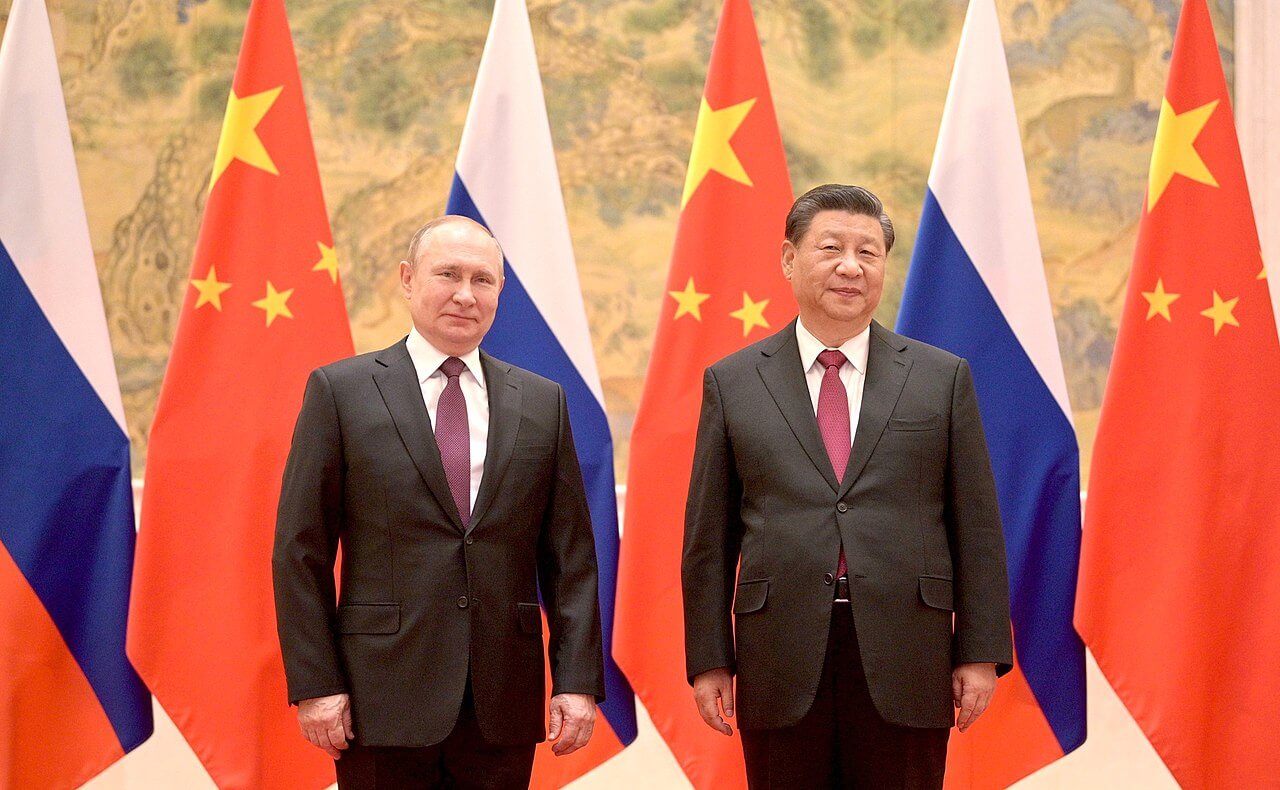 Beijing “laments” the outbreak of the conflict and is “extremely concerned” about civilian casualties, China’s foreign minister Wang Yi told his Ukrainian counterpart on March 1 during their first ever phone call.

According to the Chinese foreign ministry, the call was initiated by the Ukrainian side and included discussions of the evacuation of Chinese nationals from Ukraine. Official numbers count 6000 Chinese citizens living in Ukraine. Wang also recognized the events taking place as a “war”, rather than a “special military operation” as described by Russia. Chinese state media CGTN reported that Kuleba requested China to use it’s influence to help mediate the conflict and reach a diplomatic solution.

The Ukraine-Russian conflict has put China in a difficult position as the country has been strengthening its relationship with Russia in recent years. Xi Jinping and Putin declared that friendship between their countries had “no limits” and no “forbidden” areas of cooperation during talks held in Beijing last month. Another recent sign of the countries friendly relationship could be seen at the 2022 Winter games with Putin being one of only a few world leaders to attend. China has so far walked a tightrope, urging all sides in the conflict to de-escalate tensions in public statements. During a UN Security Council vote to condemn the invasion of Ukraine, China abstained. Furthermore, the U.S claims China was informed about Russia's intentions ahead of the invasion, and even urged them to wait until after the Winter Olympics. The claim was rebuked by Chinese officials. 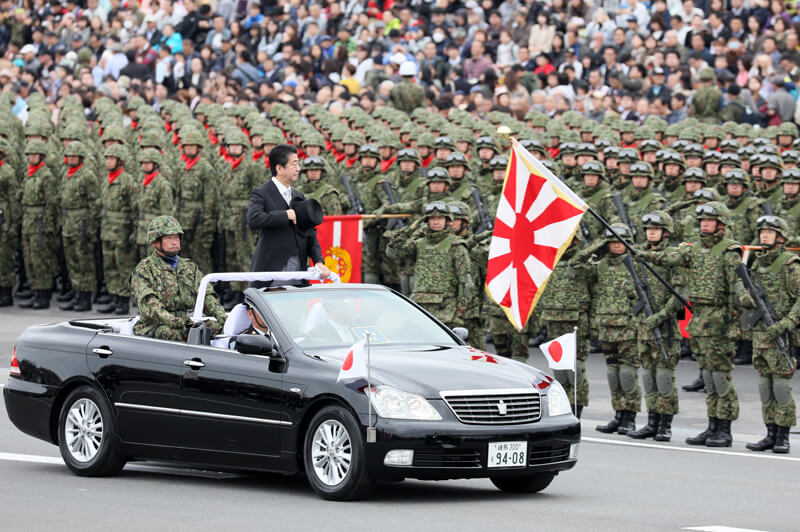 Former Prime Minister of Japan, Shinzo Abe reviewing a parade of the Self-Defense Forces in 2018.
Source: 内閣官房内閣広報室 via Wikimedia Commons

On February 27, just days after the unprovoked and illegal all-out invasion of Ukraine by the Russian Federation, Former Prime Minister and still highly influential lawmaker Shinzo Abe of Japan expressed his wish to host nuclear weapons, citing NATOs nuclear-sharing program as a similar example. The comments are controversial, as they defy Japan’s “three non-nuclear principles” that reject Japan from ever producing, possessing, or allowing nuclear weapons in its territory. His remarks came briefly after Russian president Vladimir Putin's order to put nuclear forces on high alert, causing distress in Japan, the only country to be attacked with nuclear weapons.

Abe’s comments were disregarded by his younger brother, the Minister of Defence, Nobuo Kishi, who rejected the idea and reaffirmed the non-nuclear principle. The Foreign Ministry of China also commented on the matter saying that the remarks were a “dangerous trend haunted by the ghost of militarism”. Referring to Japan’s militaristic past and occupation of Chinese territory as a result of the Sino-Japanese wars.

Japan Prime Minister Fumio Kishida also rejected the possibility of hosting nuclear weapons per the non-nuclear principle. However, Kishida has lately come under heavy critique from both the public and other political parties, including his own Liberal Democratic Party (LDP), forcing him to conform to the upper echelons of the party, especially Abe who leads the most influential faction of the LDP. 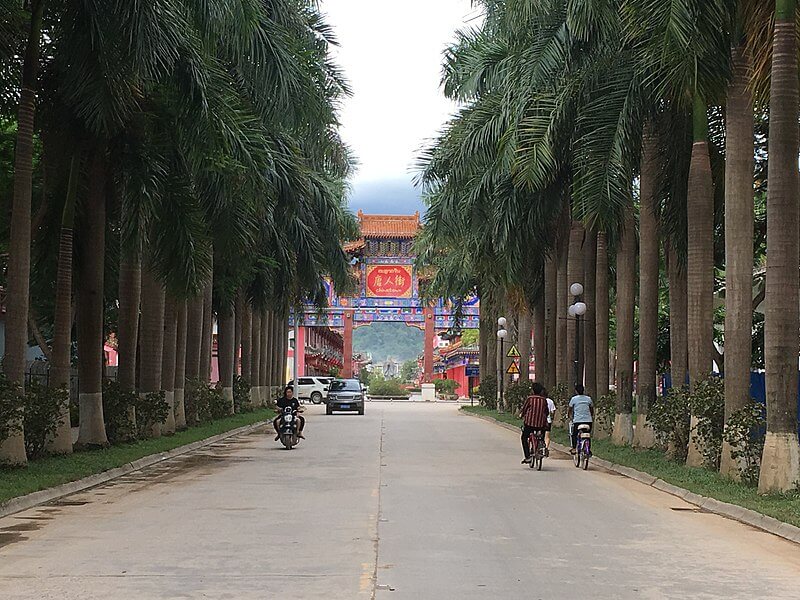 On February 5 and 6, Lao authorities rescued six women in the Chinese-run Golden Triangle Special Economic Zone (SEZ) in Bokeo Province. The women had filed complaints to the police after being promised work as “chat girls” who find and recruit investors online, or as barmaids. The women were promised free food and free accommodation but upon arrival employers ran up fraudulent debts and demanded fines due to “improper” work when the employees refused to lie to clients for financial gain. Unable to pay extortionary debts some had their wages garnished while others were forcefully confined or used as prostitutes, unable to escape.

In 2021, around 40-50 women in similar situations were rescued by authorities from the Golden Triangle SEZ. According to the latest wave of rescued women, hundreds of more women are still trapped and abused, desperately waiting to get out. Since the SEZ was created by and leased to a Chinese company, authorities are unable to freely enter the zone, as it is operated beyond the reach of the Laotian government. In response to repeated human rights violations, the Head of the Bokeo Committee for Special Economic Zone Management issued regulations to protect domestic and foreign workers in the SEZ. Now both employers and workers must sign labour contacts in both respective languages. Unlawful contracts and those operating without contracts will be punished. Furthermore, employers will be liable for uncontracted labour.

The Golden Triangle SEZ has come under scrutiny before due to its links to gambling, smuggling and production of narcotics, human and wildlife trafficking, and child prositution, prompting the United States to place sanctions on the zone in 2018.

On February 15 the South Korea presidential race officially kicked off and judging from polling, the race is expected to be the tightest in 20 years between the main two contenders, former Gyeonggi province governor Lee Jae-myung of the ruling Democratic Party and prosecutor general Yoon Suk-yeol of the oppositional People Power Party. Key concerns for voters include a president who can deal with polarised politics and tackle corruption, as well as address soaring housing prices and deepening social inequality.

However, the presidential campaign is perhaps the most toxic in recent years, as both major candidates have been mired in scandals and petty controversies including Yoon’s alleged ties to a shaman and anal acupunctioner, as well as his wife’s fabricated resume. Yoon has also been criticised for putting his feet on a train seat without taking off his shoes, citing a lack of citizenship and public etiquette. On the other hand, Lee has been criticised for his son’s illegal gambling. Lee is also facing a criminal investigation over allegations that he illegally hired a provincial government employee to serve his wife as a personal assistant. Moreover, he supposedly let her misappropriate government funds through his corporate credit card during his time as governor.

The scandals have led to significantly decreased enthusiasm among voters, disappointed in both main candidates, prompting the rise of a potential kingmaker (or spoiler) in the election. Ahn Cheol-soo, a renowned software entrepreneur and medical doctor has risen in the polls and even suggested an alliance with Yoon, which was rejected. Meanwhile, Lee has attempted to divert Ahn’s attention by proposing a coalition government to prevent him from siding with Yoon’s party. The election will be held on March 9. 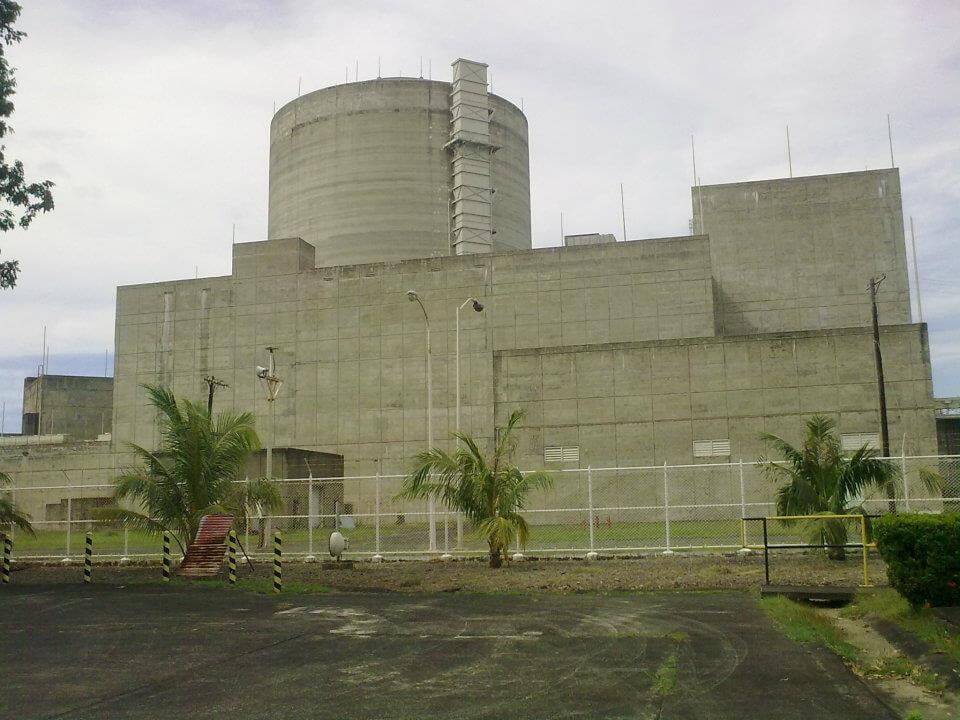 Philippine president Rodrigo Duterte signed an executive order on February 28 to start including nuclear power in its energy mix and ease its reliance on coal. The move is the first attempt to introduce nuclear power since 1984, when the Bataan Nuclear Power Plant was built and stalled shortly thereafter. The stall came as a result of the political turmoil surrounding the then dictator, Ferdinand Marcos. Furthermore, safety concerns such as earthquakes and the Chernobyl nuclear disaster were also factors that contributed to the shut-down. The power plant, now used as a tourist attraction, was built in response to the oil crisis of 1973, which shocked the Philippine economy and energy sector.

Duterte hopes that relying on nuclear power will help the country manage the energy shortages and high prices during peak seasons. Moreover, Duterte expressed his wishes to retire coal powered plants and help meet climate goals. The executive order further states that the country will not only start new nuclear power projects, but consider revisiting the Bataan Nuclear Power Plant as well.

The process is due to take time as regulatory legislation will be required to reintroduce nuclear power in the country. One of the frontrunners of the upcoming election in May is former dictator Marcos’s son Ferdinand Marcos Jr, who was supportive of the move and vowed to address the nuclear power project if elected.