Japan
November 14, 2022
In Japan, there are with virtually no restriction where alcohol can be sold or advertised. However, this does not necessarily translate to long-term issues with alcoholism, but rather a problem of binge drinking. Because of this, there is an interesting drinking culture in Japan. This article aims to explore Japans drinking culture by looking at two parts of it: work-related parties and FTM (female to male trans people) parties. 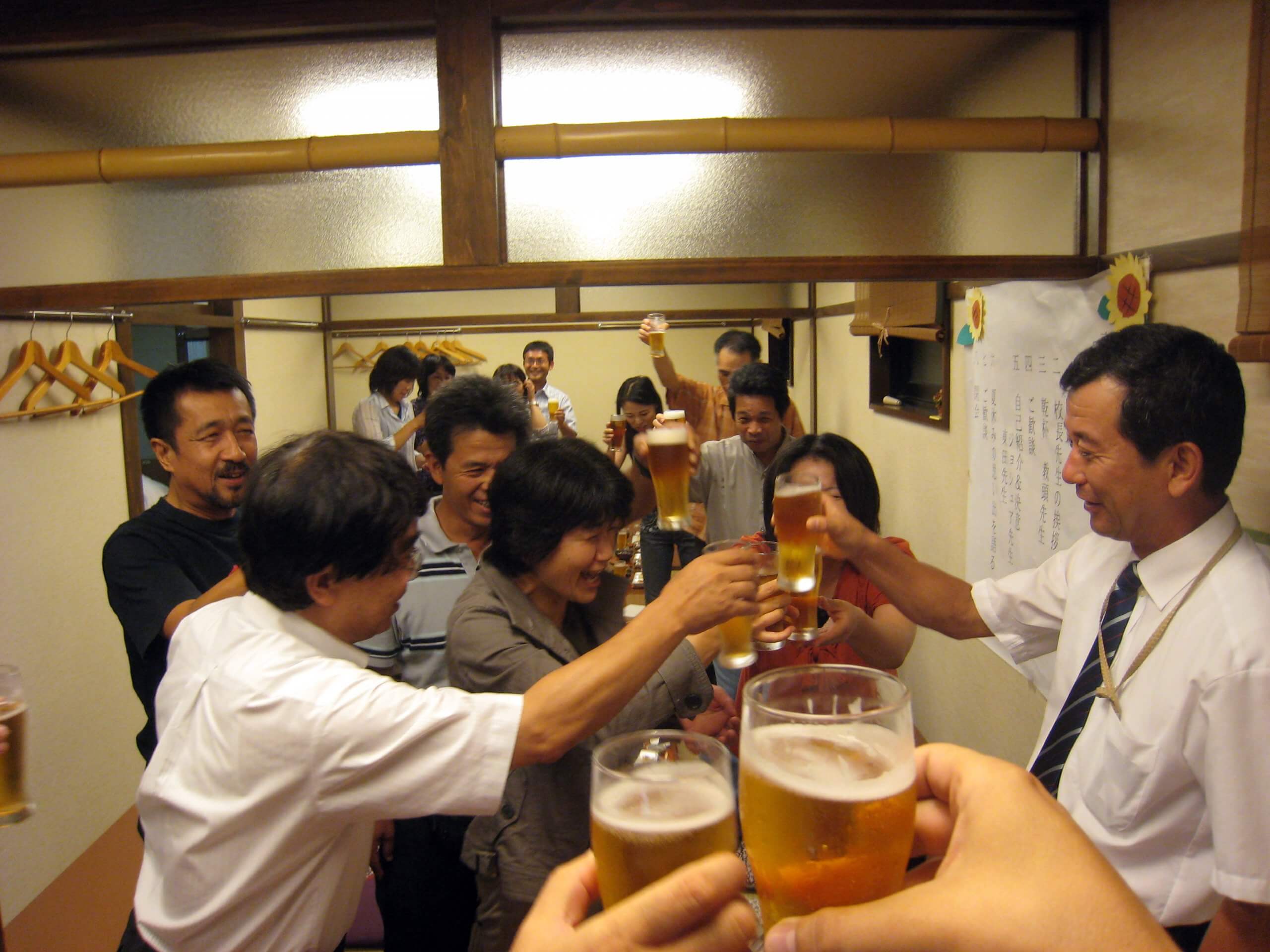 Going to Japan for the first time this spring was an interesting experience. With the culture made out to be so foreign, it came as a surprise that the biggest culture shock was the drinking culture. Indeed, undergoing a great chance from the rigid, alcohol-controlled Sweden, to the loose and open alcohol-consuming Japan set me up for nothing but shock. Japan has been called a drinker’s paradise , and indeed it seem to be so. While going out with my new friends, I discovered the joy of nomikai (飲み会, drinking party) and nomihodai (飲み放題) or “all you can drink”. With little to no laws against public drunkenness or drinking in public, people can be seen drunk or puking on the streets. Bars, clubs, and izakaya stay open late into the night, and if you don’t want the party to end once they close, you can always go to a nearby konbini (convenience store), or vending machines to buy some more drinks before you head for the nearest karaoke place to sing until the sun peeks its head above the tall-standing skyscrapers. There is a rich drinking culture here, where drinking with others is both for socializing and for work.

In Japan, alcoholism is not seen as a big social issue, but instead categorized as a personal problem rather than an addiction. Due to alcoholism being heavily stigmatized in Japanese society, one might find it discouraging to seek professional help. On the other hand, binge drinking is an underlying issue that is often overlooked. Mark West’s summarized data from the ministry of health, labor, and welfare, there are 8.6 million binge drinkers in Japan, 4.4 million suspected alcoholics and 800 thousand alcoholic patients needing medical care. On another note, WHO’s data suggests the total consumption of pure alcohol per capita in Japan in 2019 to be around 10.09L. However, looking at the two sexes, an average Japanese woman only drinks 4.93L, while the male counterpart exceeds the per capita amount with the average consumption of 15.58L, indicating that the majority of heavy drinkers in Japan are men. Previous studies conducted by the Ministry of Justice show that around 66-90% of the men drank alcohol, and 29.7% to 44.5% drank alcohol every day. So, what are some more specific part of drinking culture in Japan, and what might lead to men drinking more?

The most prominent sub-category of the drinking culture in Japan that explains why men drink more than women, is Japan’s corporate drinking culture. While browsing for images, you might not have to put a lot of effort to find plenty of photographs of drunk salarymen having fallen asleep in awkward positions in the streets, bushes, subway etc., captured in big cities of Japan. So, what does corporate drinking culture entail? Many workers in Japan go out with their colleagues, with the main purpose of lowering the hierarchical barrier between coworkers, with whom they can then meet and socialize on even ground. Getting drunk together is, in many ways, a way to create a group spirit and deepen connections. Drinking allows one to remove restraint or show honne (本音, true intention) with a belief that your companions will take care of you, or amae (甘え, depending on others). During the course of the evening, your co-workers will pour you drinks, and it is important to not refuse them and pour a cup for someone else as well.

It is worth mentioning that, for many, going to drinking parties, with work is mandatory if they want to have a career at the company. This is due to the fact that these get-togethers serve both practical and political purposes. They are great opportunities for communicating with others, improving the relationships among co-workers or between the members of the group, so that you increase productivity or manage to finalize a deal. Additionally, this pattern of behavior is more popular among men, while women are at home, taking care of their domestic partners in whatever state they return in.

Drinking with others in Japan, even beyond work, is about the group. Although you may get heavily intoxicated to the point of passing out, or stay tipsy throughout the evening, if you manage to stay with the group until the end, the night is considered successful. If you go out drinking with your company and are still able to come to work the next day, your place in the group is secured.

Among the Transgender Community

Social values of drinking are in many ways at the core of the Japanese drinking culture. But it should be noted that not all drinking parties are organized under the same pressure to attend as corporate gatherings. Many of them take place as casual meetings between friends, or people of the same community. An example is the queer nightlife. For the LGBTQ+ community, attending drinking parties with other queer people is a way to form a community and a sense of belonging. For instance, for many female-to-male transgender people, drinking parties can be the main way to meet others who share the same background as they do. Gay and lesbian bars in Shinjuku-nichome (gay bar district in Shinjuku), provide a space where gays and lesbians can go and meet others like them, talk, find a partner, and foster a sense of community and identity with other queer people.

The 2020 paper by Shu Min Yuen (2020) discusses these drinking parties and how they help create community and establish their own queer culture. Yuen points out that topics which are often not talked about in their regular life, usually come up at these gatherings. Participants would share advice on life and being transgender through casual conversation, as well as asking for advice on coming out, sharing information on female-to-male transgender public figures, or gender reassignment surgery. Understanding, support, and laughter is shared. These mundane, ordinary parties become a safe space to ask, learn, and develop a sense of belonging to an otherwise invisible group. Yuen assesses these activities such as drinking parties can be a site of refuge — albeit temporary — where transgender people can freely be themselves, and where they can meet others like them.

Alcohol consumption in Japan, regardless of its public reception, is an actual problem, and with it come other issues that eventually will need to be dealt with. But the act of drinking plays a vital role in building social connections within the Japanese society. At corporations, it creates a close connection between co-workers and their company, enables the employees to network and show that they are a part of the company, but perhaps even more importantly, going out and drinking together is a way of forming a sense of belonging. For the queer community, a drinking party with other people like them helps brings a shared identity and culture into existence. Ultimately, drinking, sharing, and fostering a sense of belonging with the people you raise a kampai (cheers) with. 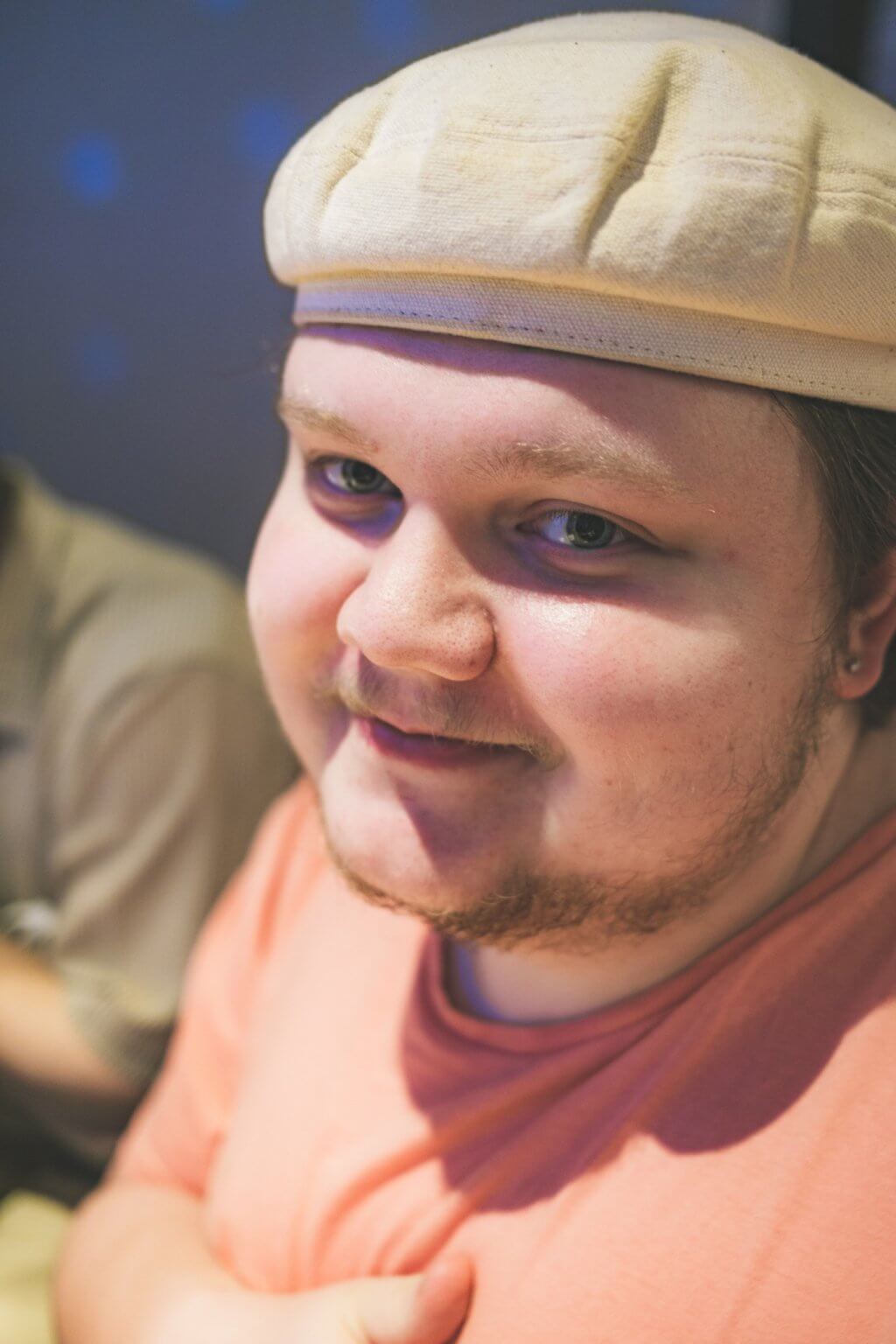 Oliver Braun
Oliver Braun is currently in their first year at the Asian Studies master program at Lund University. They have a B.A. in Humanities focusing on Japanese. Their research interest is LGBTQ+ culture and issues, but also East Asian culture, society, and politics.