Japan, New Year's
January 23, 2023
In Japan, New Year’s celebration is called Oshōgatsu. It is celebrated from New Year’s Eve until January 3rd. On New Year’s Eve, people visit shrines and temples, listen to the temple bells ring 108 times on the stroke of midnight, and enjoy some buckwheat noodles. The following days are filled with visiting family, friends and acquaintances. Some also go for the traditional first visit to the shrine of the year. 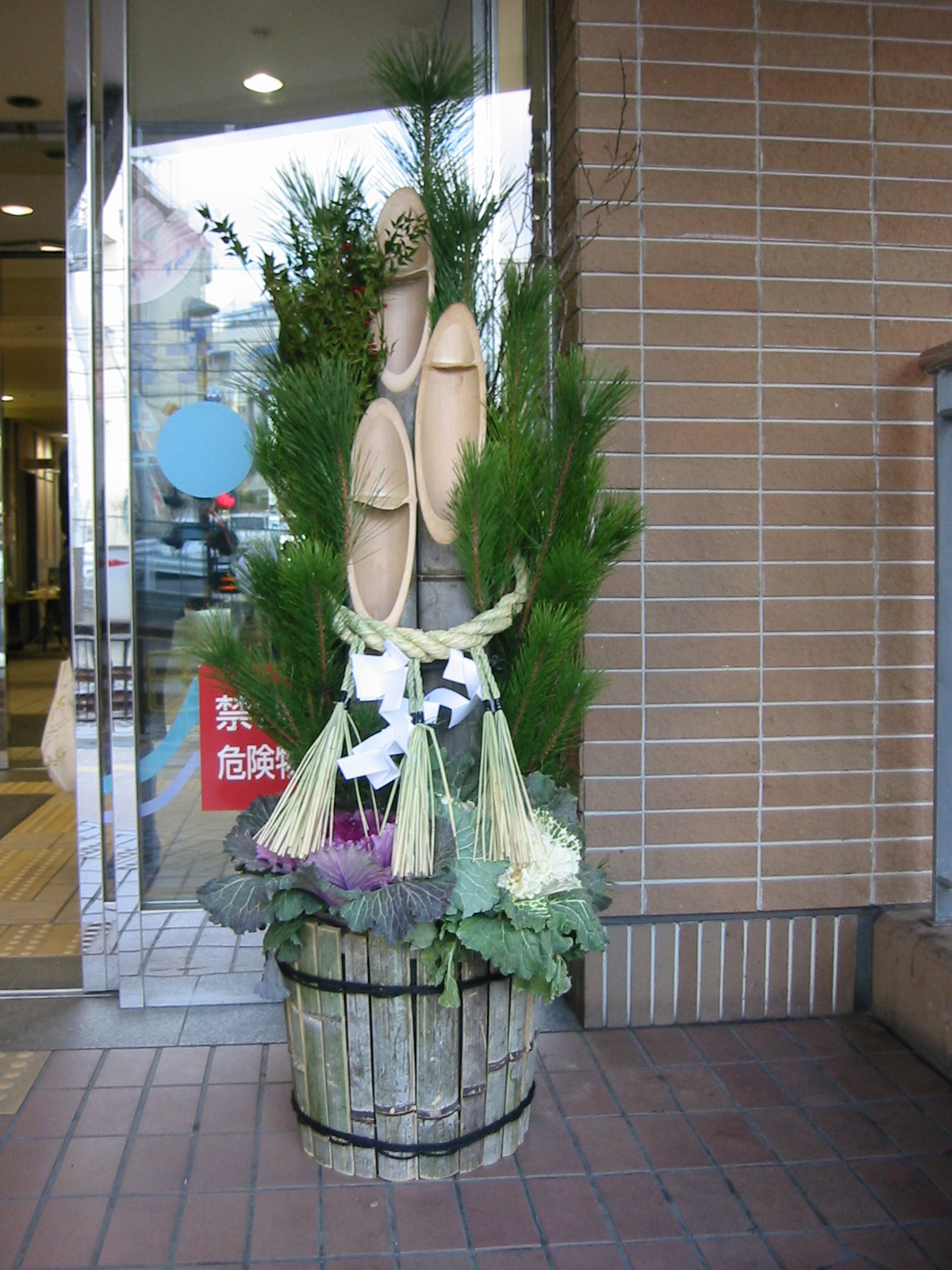 Photo of Kadomatsu by Jnn via Wikimedia Commons
As another year ends with bangs and flashing colours of fireworks here in Sweden, it is interesting to look at the other parts of the world and how they celebrate the New Year. For me, New Year’s celebrations are somewhat spontaneous with only a few things certain: I will be with friends, we will be drinking alcohol, at twelve we will be outside looking at the fireworks that pervade the sky with colour and noise. After that, we will cheer and go around wishing everyone a happy new year. We might reminisce about the year we have had together, and what’s yet to come. It is a very loud evening followed by a hungover, tiredness, and pizza. By contrast, celebrations in Japan widely differ. It consists of traditional food, visits to temples and shrines, and spending time with family.

The New Year is celebrated between the first and third of January and sometimes longer in Japan. To prepare for it, most people will clean their house thoroughly from top to bottom to get a clean new start in the next year. They will place a type of pine and bamboo decoration called Kadomatsu outside their home. Kadomatsu represents strength and bamboo represents hope that one’s family members will be healthy. If you want to follow tradition, Kadomatsu are usually put up on the 28th and there are two days when you should not set one up. The first is 29th, which is believed to be an inauspicious day and should be avoided. The second one is the 31st, since the decoration would only be in place for a day and such a rushed job would be considered rude. The reason for all this work and decorations is that according to Shinto belief kami (god) enters the house on New Year’s Eve. So, you clean and decorate the house to welcome them.

On New Year’s Eve, many Japanese people will go to their local shrine or temple around midnight. There, at exactly midnight, the temple bells are rung 108 times. The reason for ringing the bells 108 times is because that is the list of Buddhist sins. Eight of these strokes are to ring out the year that has passed, and the other 100 rings are to bring in the new one. Listening to the bells on New Year’s Day is believed to cleanse the listener of all these sins. At the temples, people may pray or browse the stalls selling all from charms to amazake (Japanese vegetal-based yogurt). At the shrines, visitors may go and buy blunt arrows which are a symbol of good fortune. They might pray, make offerings of rice or money, or have a small drink of sake to start the new year. Many people will also wake up early or stay up all night to see the first sunrise of the year. This year, around 58 000 people visited beaches in Chiba Prefecture to see the first sunrise of 2023.
This then begins the start of the three-day celebration of Oshōgatsu. During these following days, people go and have their first shrine visit of the year called hatsumode（はつもうで/初詣). People also open and read New Year’s greeting cards（nengajo,年賀状 ）and children are given a small gift of money (otoshidama, お年玉) by family and relatives. For many, Oshōgatsu is also a time when family, relatives and friends meet on different days to eat and drink together. On the first day, the close family will visit each other, on the second, friends will come over, and on the last day, distant acquaintances may come by. 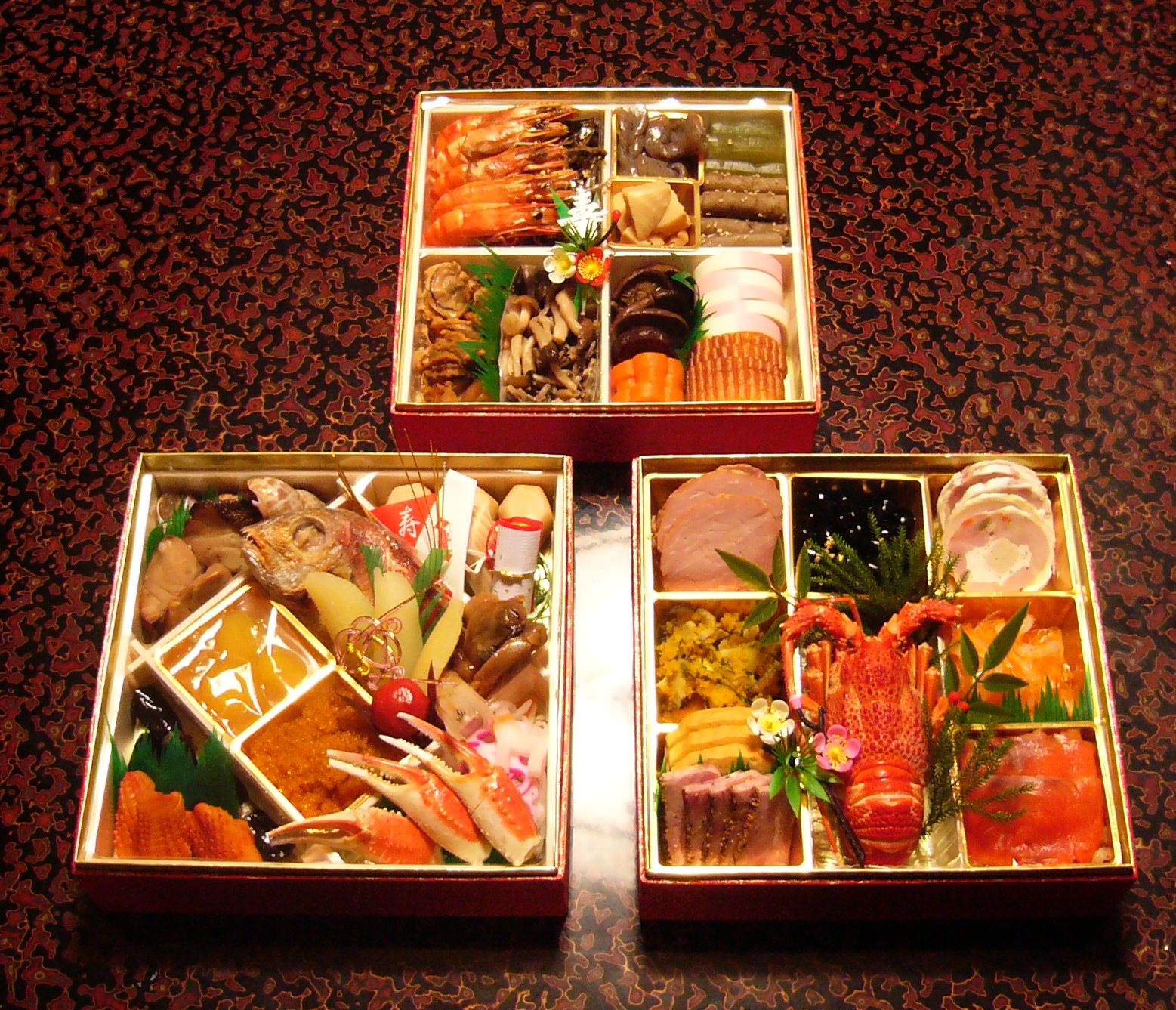 Photo of Osechi Ryōri by Misogi via Wikimedia Commons
Food is as important to Oshōgatsu, as it is for most holidays. Traditionally, most of the food would be prepared beforehand, because the gods were not to be disturbed by cooking for the first three days of the year. On New Year’s Eve, many Japanese people will eat buckwheat noodle dish called toshikoshi soba. These noodles and their long length have a symbolic meaning of wishing for a long life. However, there are some variations here in some regions. For instance, in Kagawa prefecture in western Japan, people enjoy the local sanuki udon noodles instead on New Year’s Eve. With their chewier and thicker texture, udon noodles are believed to provide a long and happy life.
Another important dish for the new year is the ozoni soup, often served with rice cakes called mochi. Beyond this, every household have their own spin on it to suit their taste. For most of the days, people will also be eating osechi ryōri. Osechi ryōri are multiple dishes traditionally prepared in the days leading up to New Year’s Eve. Since people do not cook during the first three days of the new year, osechi ryōri are cold dishes preserved by their seasonings of vinegar, sugar, and soy sauce. These dishes can be very time-consuming to make, so nowadays most people will buy individual dishes or a whole set from a supermarket or a convenience store. The food is served in a lacquered box, and each dish in it represents good wishes for the coming year. What is usually contained in these boxes are different kinds of pickled vegetables, stewed or fermented herring, and candied beans.

Oshogatsu: Reflecting on holidays and traditions.

Holidays and traditions are often associated with joy and sharing with other people, be it family, friends, or strangers. The cultural reasons why you celebrate matter to some. But for me, a lot of it is just that something you do, taken for granted. It’s a reason to meet family and friends, it’s a reason to be kind to others, and it is a reason to eat good food. But that is why it is special – because it is a reason to meet family, to eat good food, and just be kind. Traditions and holidays can always be approached from one’s own perspective. That is why New Year’s celebration in Sweden with its explosive night followed by a morning of silence and hungover moans is a delight. But it’s also nice to know there are other ways to celebrate New Year’s.
Oshōgatsu is an important holiday in Japan. With it, come its own customs, traditions, and food. Even alone, you can enjoy it by visiting a shrine or a temple with other strangers. So, if ever you are in Japan during the New Year, go visit a shrine or eat some buckwheat noodles. Listen to the bells and enjoy the cleansing of your 108 sins. 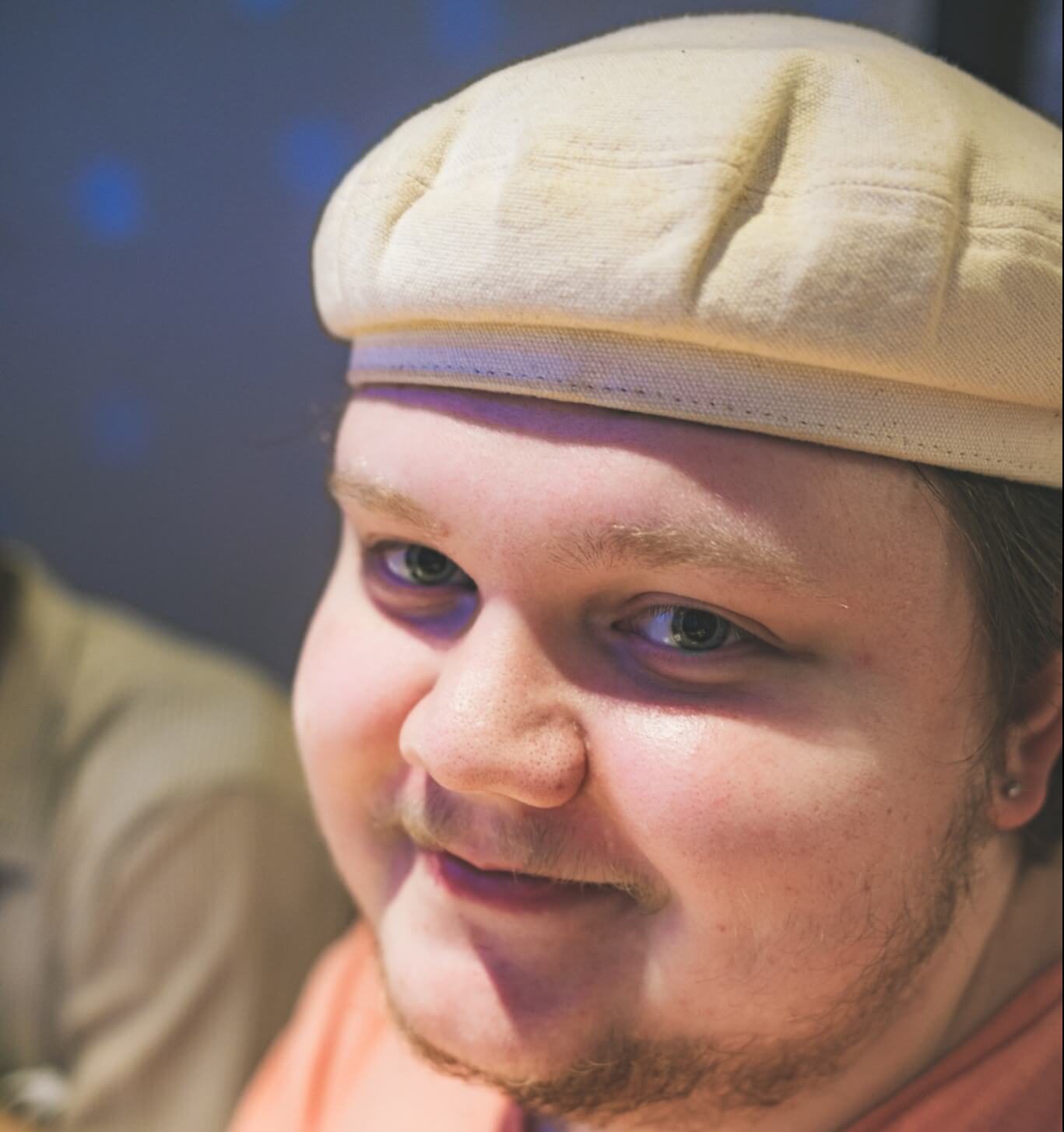 Oliver Braun is currently in their first year at the Asian Studies master program at Lund University. They have a B.A. in Humanities focusing on Japanese. Their research interest is LGBTQ+ culture and issues, but also East Asian culture, society, and politics.