Romanticizing Mafia is not cool, not even when it gets a K-twist

South Korea
April 22, 2021
The recent release of Vincenzo, the popular K-drama narrating the passionate story of an Italo-Korean mafioso navigating Seoul’s corporate corruption, has won wide praise but has sparked too few questions on the propriety of this particular crime-syndicate plot device. Soon after, however, a popular K-pop group titled a song after the Mafia—but this time, the news did not go unnoticed and an internet war broke out in K-pop Twitter, with an unexpected twist... 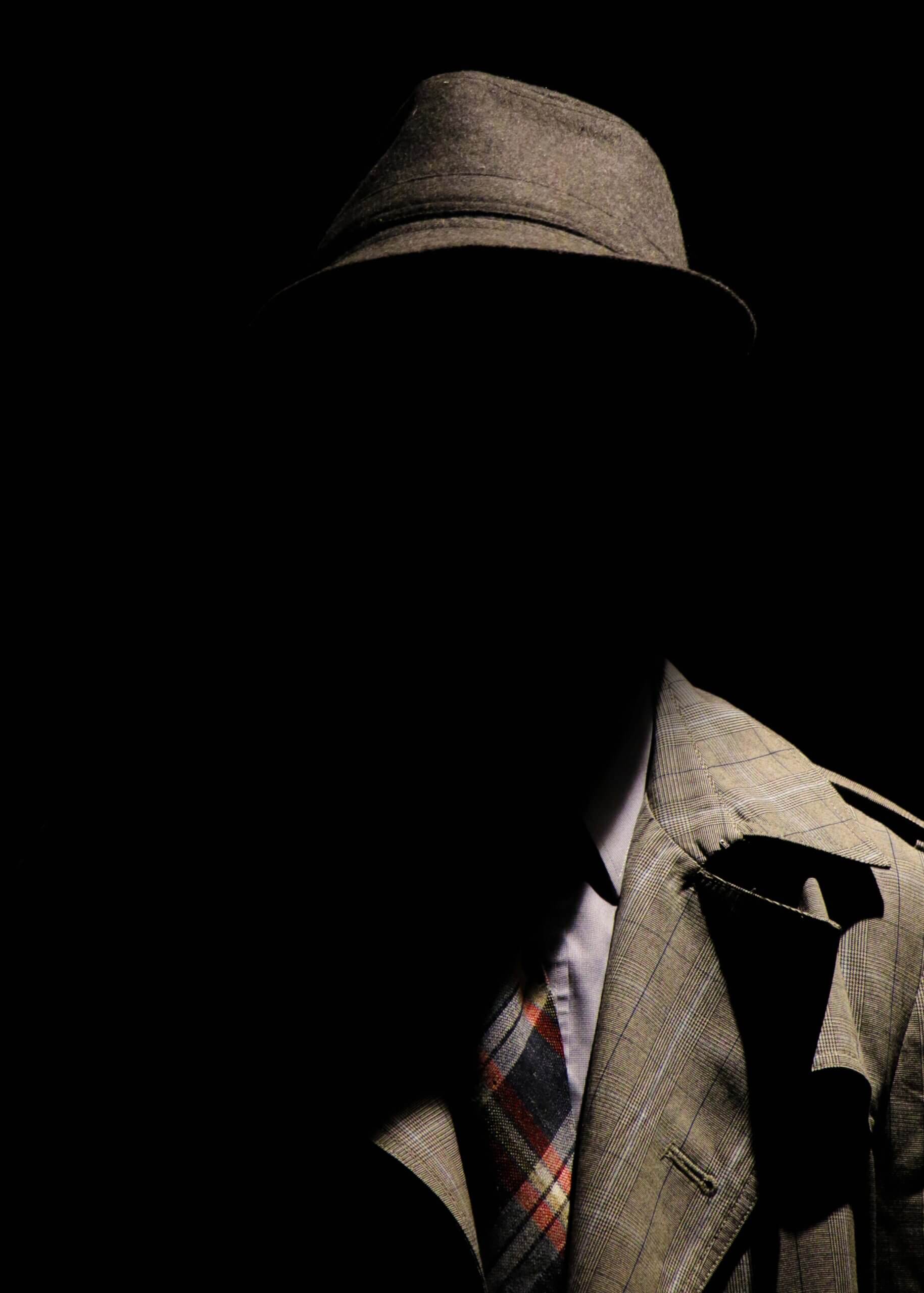 Source: mahdi rezaei on Unsplash
On a dull April afternoon, Twitter became the site of a fierce discussion between the Italian and the international K-pop fan communities over the title of a song included in the upcoming mini-album of a popular girl group, ITZY. Business as usual, one might think, especially considering the fact that K-pop stans are notorious for initiating internet wars every other day, as well as for actively taking part in international online debates over sociopolitical issues [on the subject, see The Lunar Times article about the phenomenon of fan activism in the Kpop community published in August of last year].
Although the author of this article is the first to be often unimpressed by regular Twitter fights, things turned out differently this time—or at least, the subject and the nature of last Sunday’s debate were perceived as unusually interesting; interesting enough to succeed in breaking through the walls of the small memory box reserved for Internet quarrels and to inspire the writing of this article. And hold on dear readers, because facing a calling out is not only the South Korean entertainment industry, but also the problematic dialogical approach of the international online community of K-pop fans.

The incriminating evidence: the K-entertainment and the romanticization of mafia

In late February 2021, the hearts of thousands of fans from every corner of the world were won over by the newly released Korean drama “Vincenzo”, which soon became a media phenomenon thanks to its “refreshing” and innovative elements, allowing it to become one of the most viewed tv productions of all times both domestically and internationally. The TV show, in fact, does not limit itself to a story about a gorgeous young man navigating corruption and romance, but also includes an intriguing plot device that had yet to be seen in a South Korean production: the Mafia.
After all, it was about time that the Mafia was restyled and got a K-twist—Hollywood productions like “The Godfather”, “The GoodFellas” and “The Sopranos” were definitely not enough. And thanks to this K-drama, we finally got the chance to enjoy the story of Vincenzo Cassano, an Italo-Korean man that returns to his native Korea following the death of his foster father, the mafia boss Don Fabio. The protagonist had, in fact, lived most of his life in Italy after he was tragically abandoned by his mother and later adopted by the powerful Cassanos, a criminal family that taught him the ropes and raised him to be a ruthless mafioso feared by the others.
At this point, nothing too new—the K-drama genre is crawling with heroes of this kind: charismatic, money-driven, selfish, and generally characterised by bad qualities which are, however, rendered wholly forgivable by virtue of their hidden golden heart—and not at all because of their swoon-worthy good looks. However, the description of Vincenzo as an Italian mafia man apparently made the K-drama stand out from the usual “corruption show sprinkled with romance”, thanks to this ‘unusual’ element. But much as it pains me to announce, that same “plot device” that made Vincenzo so loved by both the domestic and the international audience is exactly what makes the South Korean show problematic.
This problematicness all boils down to an extremely common yet disregarded subject: the so-called romanticization of the Mafia. Often ignored even by academia—to the extent that it is nearly impossible to offer a referenced definition of the issue—the romanticization of the Mafia can be broadly described as the idealised media representation of the utmost Italian criminal phenomenon in sentimental, nostalgic and aesthetical terms. More specifically, mafiosi are commonly depicted as gentlemen gangsters, men of honour, whose criminal actions are displayed in a spectacular and glamorised way. And therein lies the contention made against these media productions: the real problem is not talking about the Mafia but is the distorted way these criminals are represented on screen. Their crimes are never critically assessed, nor explicitly condemned. The viewer who has no knowledge of the subject thereby perceives the Mafia as something glamourous, or even as a simple cinematographic creation, when in reality it is a contemporary criminal phenomenon heavily affecting Italian politics and society.
With the release of Vincenzo and its inaccurate representation of Italy and the Mafia, merely reduced to a cool and fun trait of the protagonist, the South Korean industry is thus found guilty of romanticization.
And then there is the case of ITZY.

ITZY is a Kpop girl group composed of five members, which first debuted in February 2019 under JYP Entertainment—one of the three largest record labels in South Korea—and quickly became one of the most loved and followed groups among both national and international fans of Korean pop music.
The Kpop group was recently swallowed by the eye of the storm and became protagonists of a heated Twitter debate following the April 11 release of the tracklist of their new upcoming mini-album “Guess Who”. Triggering the online revolt was the title of the main song, “마.피.아”, which reads as “Mafia”. The explicit reference to the Italian criminal organisation in the title raised concerns among the Italian K-pop stans, who attempted to draw attention to the problematic nature of this titling by writing threads to educate the community over the tragic real-life political and social issues of the Mafia and condemning its romanticization.
However, the conversation was soon taken over by the online International K-pop community, which opposed the criticisms by appealing to the possibility that the song might refer to the “Werewolf” party game (which, in South Korea, is commonly known as “Mafia”). They also appealed to the difficulty in determining whether ITZY is really going to have a mafia aesthetic as the album and the song’s music video will not be released until April 30.

The problem at its root: the ignorance and the indifference of the international community

It goes without saying that the discussion over the dubious song title escalated pretty quickly. Although the initial point made by the international fans was pretty fair—as it is unreasonable to assess the problematic nature of an entertainment product solely based on a title and a few teaser images—the debate later took a very tricky turn that arguably put them on the wrong side.
The proper internet war, in fact, was initiated not by the claim that something cannot be judged without evidence, but by the minimization of and the derision toward the issue raised by the Italians—to the extent that some users discredited the debate by making the same old, worn out, and unfunny jokes about pasta, pizza and Super Mario, and by accusing Italians of being whining white people playing the “oppressed victim” card.
The discussion following ITZY’s new song title bordered on the absurd, to put it mildly. Despite that, what really captured my attention was not racialization of the Italian’s qualms—as if Mafia was a racial issue and not a sociopolitical concern of international interest—but the minimization of the issue online. Since Italian Mafia and its inappropriate media representation is not something perceived as problematic abroad (which also explains why its romanticization is so often ignored by both academia and international media outlets), those external voices who attempt to raise awareness on the issue were harshly mocked and ridiculed in the K-pop community, since apparently there are “more important” causes to fight. For instance, the dreadlock hairstyle sported by EXO’s member Kai, who was massively accused of cultural appropriation; or the paper plane scene in Red Velvet’s Happiness music video, which the audience perceived as containing offensive references to the September 11 attacks, and which the entertainment agency was consequently compelled to remove, later reuploading an edited version.
Contrary to what many may think, anguish and adversity at the hands of the Mafia is as real as that of cultural appropriation, and the sentiments and concerns of the Italian community shall be addressed and not invalidated just because they do not comply with the ‘international standards’ of what can be or not defined as problematic. As a matter of fact, Mafia is not a mere cinematographic topos or aesthetic, nor is it something belonging to the history books of Italy: it is a brutal reality that affects the lives of thousands of people to this day.
In the Italian language, Mafia is an umbrella term commonly used to embrace both the illegal system and the many different criminal organisations that operate on the national territory, which are more ordinarily referred to with their regional names, such as Cosa Nostra (Sicily), Camorra (Campania) and ‘Ndrangheta (Calabria), to cite the most powerful ones.
In recent history, Italian criminal organisations have committed atrocious crimes that have brought hundreds of innocents to their deaths; these are tragic events that are engraved in the collective memory and have profoundly marked Italian society. Some of the victims were journalists, activists, and people working in judicial institutions—people who openly faced the Mafia and did not succumb to its threats—like Falcone and Borsellino, the two Sicilian magistrates who perished in 1992 under car-bomb attacks. Alternatively, others were killed because they were ‘born in the wrong family’, like Giuseppe di Matteo, the 12 year old child that in 1993 was first kidnapped by Cosa Nostra (the Sicillian Mafia) to intimidate his father (an ex-mafioso who had started collaborating with the justice system) and was later murdered with acid after three years of captivity.
In recent years, however, the Mafia has evolved and changed its modus operandi. It now avoids public executions and headline-grabbing activities, preferring to exercise its dominion over the public not through the raw use of violence but through its newly gained economic power. As a matter of fact, the Mafia has successfully penetrated the political and financial institutions of the country, corrupting numerous sectors and affecting different strata of society (a critical situation that was exacerbated by the Covid-19 pandemic). Other than poisoning state institutions from the inside, the Mafia is also undermining democracy by undermining freedom of the press: there are currently two hundred Italian journalists living under police protection because of the life threats received for their mafia reportage.
Borrowing the words of Don Luigi Ciotti, a catholic priest and renowned activist for his strenuous fight against organised crimes, “there is a growing danger, which is the normalization of Mafia and corruption” [author’s translation]. As a matter of fact, the Mafia is only strengthened by ignorance, indifference, and the minimization of its actions—thus, the only way to defeat it is through knowledge and the uncovering of its crimes. This is why the romanticization of the Mafia in the media is wrong and dangerous, even if portrayed by a country situated thousands of kilometres away from the Italian criminal hub. And this is also why online users shall refrain from discrediting the issue or reducing the Mafia to a silly joke, as it is not only disrespectful towards the Mafia’s victims and those who endanger their own lives to fight the Mafia, but also indirectly supports this sick system.